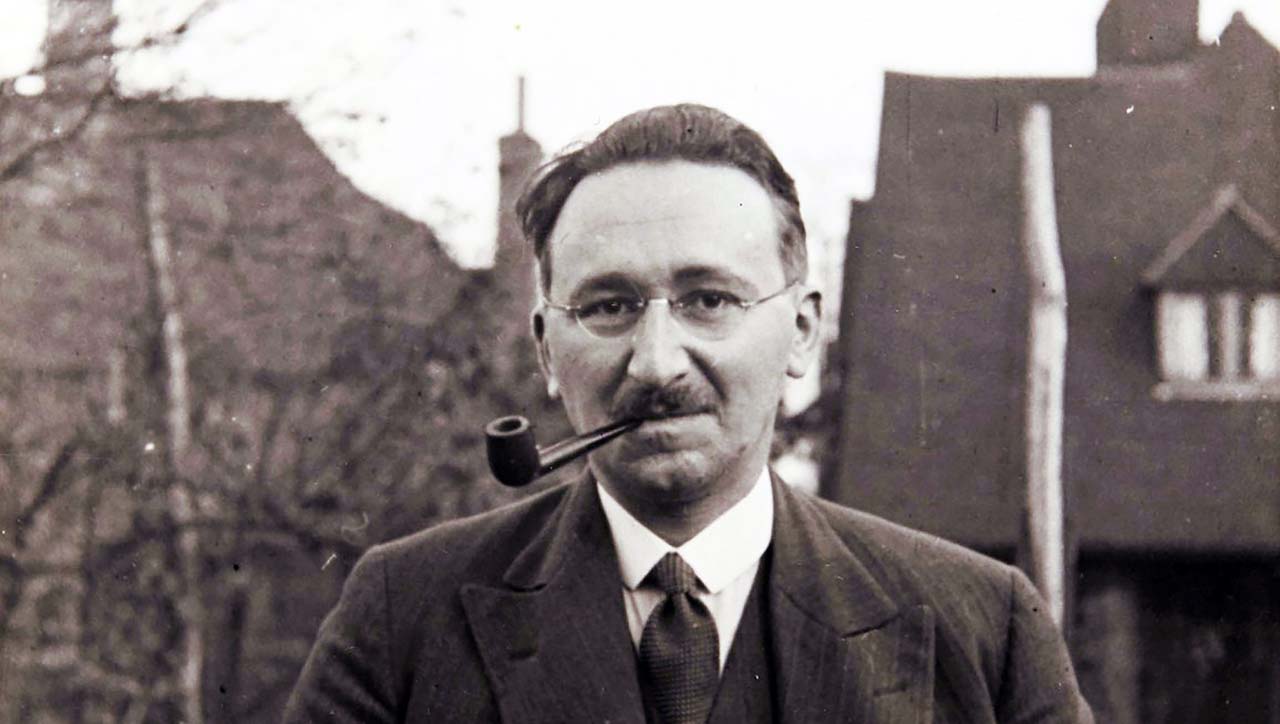 The first thing to understand about the “Austrian School” is that it doesn’t exist. What Hayek, von Mises and others put forward is not Austrian at all; it is imperial British Economics, specifically the economics of the 19th century British Empire.

The Road to Serfdom, certainly Friedrich Hayek’s most widely read work, was published in 1944. A more fitting title might have been “Lord Acton Speaks,” for the work is literally strewn with lengthy quotations from Acton.

Lord Acton was a British aristocrat who became a vocal and ardent supporter of the Confederacy during the American Civil War. After the South’s surrender, he wrote to Robert E. Lee that “I mourn for the stake which was lost at Richmond more deeply than I rejoice over that which was saved at Waterloo,” adding that he “deemed that you were fighting battles for our liberty, our progress, and our civilization.”  In 1869 Acton was raised to the peerage by Queen Victoria, right about the time Victoria was taking personal control over the narcotics trafficking in India and China.

In addition to Lord Acton, other individuals idolized by Hayek, and repeatedly named by him, include John Stuart Mill and his father James Mill, both lifelong employees of the British East India Company, at a time when that Company was killing millions in India. James Mill was a protégé of Jeremy Bentham of In Defence of Usury and In Defense of Pederasty fame and the promoter of the Hedonistic (or Felicific) Calculus, which proclaims that all human (and economic) activity is driven by a desire for individual pleasure.

Another of Hayek’s icons is the 1st Viscount Morley of Blackburn, who was the Secretary of State for India between 1905 and 1911 and Lord President of the King’s Privy Council between 1910 and 1914, from which position he played a leading role in orchestrating events leading into World War I. Hayek calls Morley the “last of the great nineteenth-century Liberals.”

Others named glowingly by Hayek are Henry Sidgwick, A. V. Dicey (KC FBA), and Thomas Babington Macaulay (1st Baron Macaulay). Sidgwick and Dicey were both followers of Jeremy Bentham’s Philosophical Radicalism. At Cambridge, Sidgwick taught the young Bertrand Russell, while Dicey became a Professor of Law at the London School of Economics where he popularized the phrase “Rule of Law,” a term often heard today but one which, as defined by both Dicey and Hayek, bears no resemblance to U.S. Constitutional Law. Macaulay served as Britain’s Secretary of War between 1839 and 1841 where he directed the military attack on China during the genocidal First Opium War. He too was a member of Queen Victoria’s Privy Council.

Of all the British politicians from earlier generations, Hayek’s deepest admiration goes to William Gladstone, three times Prime Minister and four times Chancellor of the Exchequer. Like Lord Acton, Gladstone was a passionate admirer of the southern Confederacy and viewed the Civil War as a means to destroy the American Republic. He was Chancellor of the Exchequer in 1861 when the City of London and the British Monarchy attempted to bankrupt the U.S. government and strong-arm Abraham Lincoln into accepting southern secession. In October 1862 Gladstone made a speech in which he said that Jefferson Davis had “made a nation,” and that it was now the duty of the European powers to “offer friendly aid in compromising the quarrel.”  During Gladstone’s terms as Prime Minister he became an enforcer of what some have called the “Imperialism of Free Trade,” launching numerous of Queen Victoria’s “small wars” to enforce British financial global hegemony.

These are Hayek’s heroes. They are all British, mostly aristocrats, some murderers. Not a one is American. These are the individuals Hayek returns to repeatedly—Gladstone, Acton, Mill, etc. --not to Lincoln, not to Franklin, not to Hamilton. It is the British (oligarchical) outlook he worships. This to him is the high point of human civilization.

For those who have not read The Road to Serfdom, let me spare you the pain. For all the verbiage, it is a Johnny-One-Note production, or as Judy Garland would sing:

Hayek’s message, —his One Note, repeated ad nauseam—is: “Liberty and Freedom Good; Totalitarianism and Collectivism Bad.”  That’s it. That’s all he really says. It is a message designed for simpletons, which he pounds on over and over, like the ominous beating of a drum to galley slaves.

Repetitive beyond belief, The Road to Serfdom proclaims the pre-1900 British era of laissez faire economics as the Golden Age of Mankind. Never mentioned is that from 1776 to 1900, the British Empire murdered far, far more human beings—in India, Africa, China, the Caribbean and elsewhere—than Adolph Hitler ever dreamed of;  nor, that the entirety of its financial and trading empire—the very economic system Hayek idolizes—was erected and maintained through mass-murder and narcotics trafficking;  nor, that during those same decades the British Empire was the mortal enemy of the American Republic.  Those realities are verboten topics and never appear in Hayek’s narrative. In Chapter 15, Hayek actually makes the incredible assertion, “I believe the standards of decency and fairness, PARTICULARLY WITH REGARD TO INTERNATIONAL AFFAIRS, to be as high, if not higher, in England than in any other country.” [!!!]

What Hayek is actually presenting is the seductive lure of the serpent in Paradise, who offers freedom and liberty in order to recruit you into Satan’s work. Hayek simply lies and misrepresents, as he entices you into supporting policies which have been the actual enemy of the principles of the American Republic.

What Hayek demands is that you limit your judgement to a simple binary choice: “Are you for Liberty and Freedom?"—or "Are you for Totalitarianism and Collectivism.” Confined to such a rigged choice, rational people will obviously opt for Freedom and Liberty. But is this an honest game that Hayek is playing?

What exactly do Freedom and Liberty mean to Hayek?

Man as a Paranoid Animal

The subject of oligarchical versus republican culture will be the subject of the next installment in this series of articles. For now, let’s take an introductory peek into Hayek’s lack of human morality.

Hayek shrieks fiercely against collectivism and wraps himself in the guidon of individualism, a term that his sometimes friend Ayn Rand would later take to psychedelic extremes. Hayek declares the notion of the individual and individual rights to be paramount. However, this obviously begs the question (which Hayek never explores):  What is the individual? What does it mean to be a human being?

Demonstrating an unbelievable shallowness of thinking, in presenting his concept of “individual liberty” Hayek plagiarizes, without giving credit, from the Anglo-Dutch agent John Locke’s Two Treatises of Government, particularly from Locke’s discussion of human freedom as having derived from Man’s natural condition “in a State of Nature.”  Throughout The Road to Serfdom there are also echoes of another Anglo-Dutch agent, Bernard de Mandeville, and his paean to oligarchical culture, The Fable of the Bees. That work proposes that a harmonious society may be obtained if each individual acts purely on the basis of their own selfish wants and desires. It is only a matter of degree from Mandeville and Locke to Thomas Hobbes’ notion of “each in a war of all against all,” as the basis for what Hayek calls beneficent human “competition.”

To support this pessimistic view of the human condition, one wherein we are all reduced to animals, Hayek makes an outrageous assertion that his definition of “western individualism” flows from the European Renaissance. It is in this argument, one he returns to repeatedly, where he asserts that human beings are condemned to exist in ignorance as to both the nature of the universe and the workings of an economy.

Consider that one of the most influential literary and scientific works of the Renaissance was Nicholas of Cusa’s On Learned Ignorance, a work wherein Cusa describes how Man proceeds from ignorance to the discovery of universal truthful scientific principles. This is grounded in the Christian concept of Imago Dei. Hayek’s beliefs are pre-Christian, as he insists that the human individual exists within a hostile world, one where universal truth is unknowable and events are governed by mysterious forces beyond our control (In this, he echoes the British imperialist Adam Smith).

If you think I am exaggerating, consider Hayek’s explicit view of the human individual, as it relates to economics:

“The only alternative to submission to the impersonal and seemingly irrational forces of the market is submission to an equally uncontrollable and therefore arbitrary power of other men.”

“It was men’s submission to the impersonal forces of the market that in the past has made possible the growth of a civilization.”

For Hayek, the Market has replaced God’s lawful creation as the unknowable and incomprehensible force all men must bow before.

In Chapter 15, Hayek’s attacks on collectivism and totalitarianism are exposed as a smokescreen. The mask comes off, and he zeros in on his true targets: the Sovereignty of nation states and American economic methods. The entirety of Chapter 15, titled “The Prospects of International Order,” is a sustained attack on the Principle of National Sovereignty.

“Economic transactions between national bodies who are at the same time the supreme judges of their own behavior, who bow to no superior law, and whose representatives cannot be bound by any considerations but the immediate interest of their respective nations, must end in clashes of power.”

“We cannot hope for order or lasting peace after this war if states, large or small, regain unfettered sovereignty in the economic sphere.”   (Compare this to Donald Trump’s defense of national sovereignty in his 2019 speech to the United Nations https://ml.usembassy.gov/remarks-by-president-trump-to-the-74th-session-of-the-united-nations-general-assembly/)

“The extent of the control over all life that economic control confers is nowhere better illustrated than in the field of foreign exchanges. . . Experience of most Continental countries has taught thoughtful people to regard this step as the decisive advance on the path to totalitarianism and the suppression of individual liberty.”

In reality, the invention of the modern sovereign Nation State was one of the crowning achievements of the Renaissance. Hayek now condemns national sovereignty to death. In its place he proposes a supra-national international authority which will impose British imperial finance and free trade on every nation.

“An international authority which effectively limits the powers of the state over the individual will be one of the best safeguards of peace.”

“The form of international government under which certain strictly defined powers are transferred to an international authority, while in all other respects the individual countries remain responsible for their internal affairs, is, of course, that of federation.”

“The powers which must devolve on an international authority are not the new powers assumed by the states in recent times but. . . essentially THE POWERS OF THE ULTRA-LIBERAL ‘LAISSEZ FAIRE’ STATE. . . The need for such a super-national authority becomes indeed greater as the individual states more and more become units of economic administration, the actors rather than merely the supervisors of the economic scene.”

Hayek doesn’t stop there. He is too clever to attack Abraham Lincoln and Alexander Hamilton by name, so he turns his wrath on the German American economist Friedrich List. Today, List is most famous for his 1841 work The National System of Political Economy, but he actually lived in Pennsylvania from 1825 to 1831, became an American citizen, and in 1831 authored a work titled Outlines of American Political Economy. List was a fierce defender of the American Republic, and in his writings, he showed how the British financial and economic laissez faire methods were intended to secure world-wide British imperial domination.

For these heretical views, Hayek declares List and his writings to be totalitarian.

Part 3—Hayek’s “Constitution of Liberty”: In Praise of Oligarchical Culture