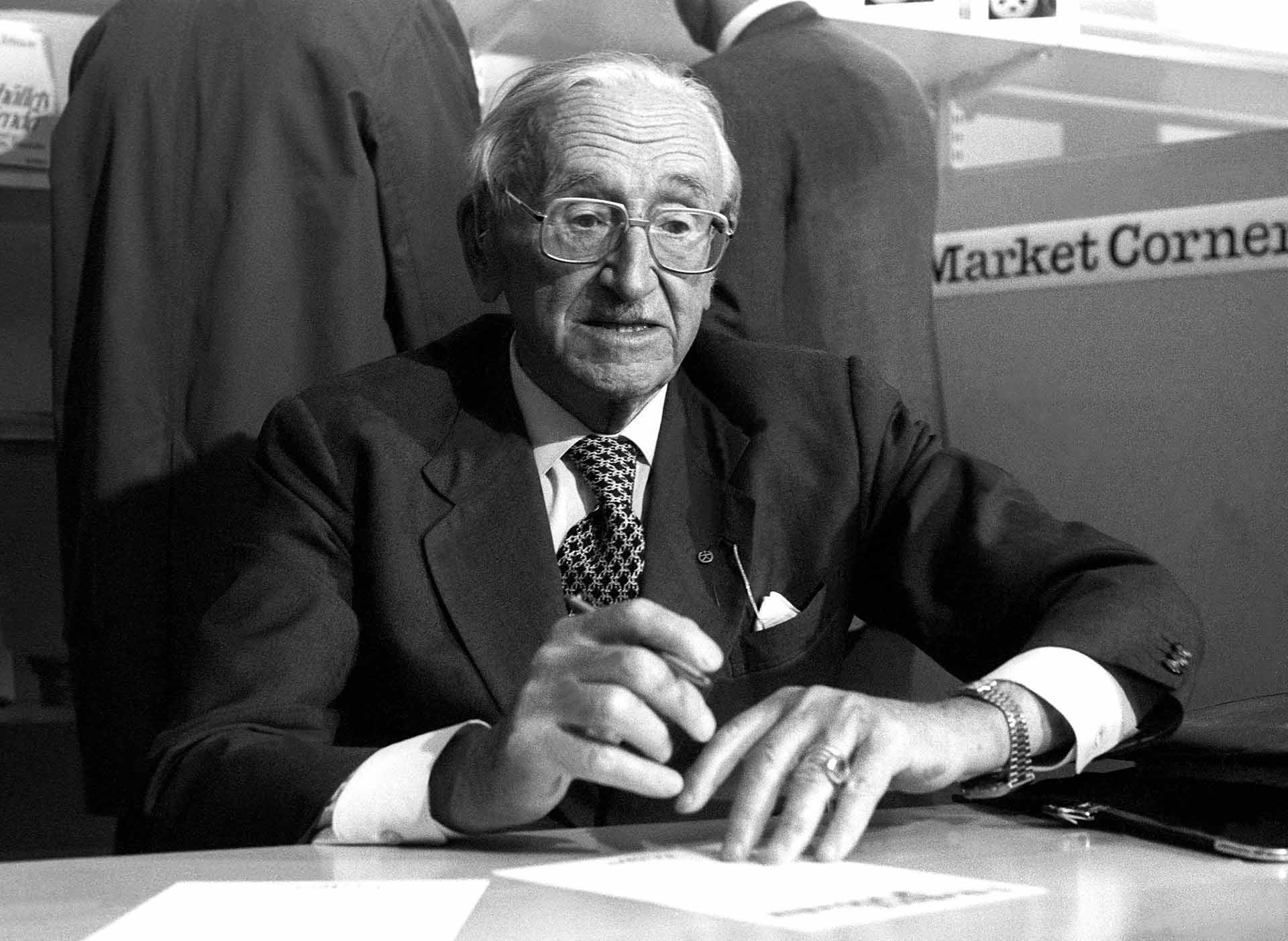 Part 3 — Hayek’s Constitution of Liberty:  The Worship of Oligarchical Culture

In this installment of the Hillsdale/Hayek series, my intention was to report on Hayek’s magnum opus, The Constitution of Liberty. I must begin, however, by claiming that I, Robert Ingraham, deserve some form of literary Purple Heart for having subjected myself to such a mind-damaging experience. The book is excruciatingly boring, shallow, and repetitive beyond belief. Written fifteen years after the Road to Serfdom, the Constitution contains nothing new whatsoever; only the same catchphrases and slogans, but now drawn out to an interminable 571 pages.

The technique seems to be a precursor of the drip-drip-drip method of water torture, pushing the mind to the limits of human endurance. Will the CIA add compulsory reading of the Constitution to its interrogation bag-of-tricks?

Hayek’s duplicity begins with the title. Do not be taken in. This book has nothing to do with the United States Constitution, which he never even mentions. Hayek’s “constitution” is merely a prescription for oligarchical world rule. His “ideas” are cribbed from a hodgepodge of earlier British authors, and flow from the 17th-19th century Dutch and British empires, with the practices of the British and Dutch East India Companies, the Bank of England, and the Wisselbank of Amsterdam.

Like the Road to Serfdom, the book is littered with the names of Hayek’s aristocratic British heroes:  Lord Acton, Locke, Hume, John Stuart Mill, Baron Macaulay, Walter Bagehot (the propagandist for the City of London), Alfred Whitehead  (co-author of  Principia Mathematica with Bertrand Russell), and Algernon Sidney (the hero of the imperial agents who aided the 1688 Dutch invasion of England), among others. All British, and all spokesmen, some official, for British imperial institutions.

As I wrote earlier, Hayek’s loyalty is to the British Empire. Note that Hayek never became an American Citizen, despite spending the last 20 years of his life in the United States. When he moved to London in 1931, he quickly renounced his Austrian patrimony to become a British subject. In 1950 he moved to the United States but remained a life-long subject of the British Crown.

The only significance of the Hayek corpus has been its use to carry out oligarchical designs in the real world. In the 1980s, Margaret Thatcher, speaking at a contentious meeting of her Conservative Party, took up a copy of The Constitution of Liberty and banged the table with it, gaveling her critics into silence. She then held the book aloft and proclaimed, “This is what we believe.” Thatcher’s declaration signaled an impending assault on national sovereignty, republican ideals, and the productive economy--the war cry of the financial thieves of London

Witness the emergence of BlackRock, the Koch brothers, and countless other parasites to destroy our real economy. Witness the new “deregulated” era of “offshore banking,” leveraged buyouts and financial derivatives, turning our financial system into a gambling casino. All serious development of poorer nations (the “third world”) has been sabotaged; our national sovereignty has been severely eroded; and the culture of our people has been corrupted. That is Hayek’s legacy.

Hayek’s “Individualism” versus Man in the Image of God

I have chosen just a few topics from the Constitution to discuss. Let’s begin with the question of Hayek’s biggest bugaboo — “individualism.”

For those who have even glanced at Hayek’s writings, you are aware that he raves on about “liberty,” “freedom” and the “coercive power” of the state. This is all rooted in his concept of “individualism,” where we see Hayek’s sophism on display most clearly.

The unique, almost miraculous, nature of the individual human identity—and its capacity for creativity and love—is central to the greatness of extended European culture, as expressed most vividly in the greatest accomplishments of the Renaissance. What Hayek does, however, is to present a perverted version, in order to arrive at a different end.

The recognition of this Divine potential—the ability to create—within each and all of us, is the basis for all morality and the emotion known as agape. This is how science distinguishes the human species from beasts.

Hayek proposes the opposite. He rips out two millennia of western civilization, consigns it to the dustbin, and replaces it with the ravings of John Locke:

Locke’s notion of human freedom is lifted directly from the axioms of Roman Law, i.e., from the most murderous empire in history prior to the British. For Locke, Man’s natural freedom (or “individualism,” as Hayek would say) derives from his original existence in a state of nature, one of perfect freedom, —a condition where all beasts are created free and equal. In this state, man—the beast—has the sovereign right to defend his life, liberty, and possessions, like a lion defending its kill against a pack of hyenas. Man surrenders some of these “rights” to enter society (the Social Contract), but the fundamental law of nature—beast against beast—prevails. Governments function only as arbiters (umpires), to keep the beasts from killing each other.

This is a nightmarish mandate, condemning mankind to a culture of perpetual hostility and paranoia. There will be no “mystic chords of memory” to bind us together. There will be no national sovereignty, and the Republic will have no mission to inspire future generations.

Strip away the enticing chintz from Hayek’s “individualism,” and you discover this darkness at his core.

Pleasure as the Primary Human Motivator

In 1881, a Francis Ysidro Edgeworth authored a book titled Mathematical Psychics: An Essay on the Application of Mathematics to the Moral Sciences. Little known today, this work, curiously, was studied and applied by both Friedrich Hayek and John Maynard Keynes. They even maintained a brief correspondence concerning Edgeworth’s theories.

Edgeworth’s argument is that all economic/financial systems must be based on increasing what he calls a “capacity for pleasure.”  Edgeworth was also a mathematician who dabbled in probability theory, and he insisted that a successful economic/financial system must be grounded in mathematical formulas showing the probability that any given action would increase individual human pleasure.

The “pleasure principle” has a long history within the British oligarchy and drives all British economic thinking. The two 18th century interventions which declared pleasure to be the sole motivator for all economic activity are Jeremy Bentham’s Hedonic Calculus, and Adam Smith’s Theory of Moral Sentiments. In that work Smith defines a moral order which is the polar opposite of the American Declaration of Independence. Smith demands that all human thinking and action be driven by the “Pursuit of Pleasure and avoidance of Pain.”

Let’s STOP here for a minute. Pause and reflect. Don’t think about this discussion as an intellectual construct to be debated in a classroom, or some tedious lecture of a professor. Think about YOURSELF, and YOUR OWN LIFE. You have children you cherish; you may be a young adult contemplating your future; or a nurse, a fireman, or a scientist struggling with a new discovery. Look into your heart and ask yourself:  Are your day-to-day decisions, motivations, dreams, and aspirations dictated by the “Pursuit of Pleasure”? Is that who you are? Who do you want to be?

Smith says you can not escape the chains of this bestial identity; you are a prisoner to it because it is “human nature.”  Hayek agrees.

I defy anyone to find Smith’s or Hayek’s definition of Human Nature in the New Testament, or for that matter, in any of the Abrahamic religions.

Hayek goes further. Man is not only driven by the “pursuit of pleasure,” like a beast; he also—like the beasts—is doomed to ignorance of universal principles, and ultimately impotent to affect the course of human development.

In Chapter 2, “The Creative Powers of a Free Civilization,” Hayek says:

The case for individual freedom rests chiefly on the recognition of the inevitable ignorance of all of us. . . Liberty is essential to make possible the unforeseeable and unpredictable... It is because every individual knows so little, and in particular, because he rarely knows which of us knows best that we trust the independent and competitive efforts of many to induce the emergence of what we shall want when we see it. . . We must recognize that the advance, and even the preservation of civilization is dependent upon a maximum of opportunity for accidents to happen. . . Our necessary ignorance of so much means that we have to deal largely with probabilities and chances. All we can do is to increase the chance that some special constellation of individual endowment and circumstance will result in the shaping of some new tool or the improvement of an old one. . . All institutions of freedom are adaptations of this fundamental fact of ignorance, adapted to deal with chances and probabilities.

We will discuss this further in the next installment. For now, simply note that Hayek denies that the millennia-long advancement of human civilization is the product of human intention or the human mind. It has all been “unknowable” and “accidental.”

The phrase “Rule of Law” is much heard these days, and Hayek devotes many pages to it. But, here again, his sophism is startling. It is not Constitutional Law that he is discussing at all.

The first thing to point out is that law in America is Constitutional Law. It is based entirely in the principles to be found in the Declaration of Independence, the U.S. Constitution, and the Bill of Rights. Its intention is defined by the sacred vow that “All Men are Created Equal and endowed by their Creator with certain Inalienable Rights” and the Constitution’s pledge to “Protect and Defend the General Welfare” of the people of the Republic.

The United Kingdom, on the other hand, HAS NO CONSTITUTION, and talk of British “constitutionalism” is piffle. British legal practice derives from the centuries-long rule of the British financial elite, during which Britain has developed a patched-together series of legal compacts, precedents, compromises, and edicts which they call their “legal code.”

So, the first question is, — when Hayek speaks of the “Rule of Law,” whose “law” is he talking about? He lets the cat out of the bag in Chapter 6, where he states:

“The Rule of Law was consciously evolved ONLY DURING THE LIBERAL AGE.”

This simply means that for Hayek, the Law he speaks of flows from the practices and beliefs which governed the British Empire in the 19th century, with an economy driven by the “pursuit of pleasure,” while millions died under British free trade colonial practices.

In the British system, there are no “Self-Evident Principles” which are true for all eternity. Never mentioning the U.S. Constitution or the Declaration of Independence, Hayek warns that “government authority will use its COERCIVE POWERS” against the people. According to Hayek, the state—under our Constitution, the government of the People—is the adversary of the People.

This—emphatically—was not the outlook of George Washington, Benjamin Franklin, and Abraham Lincoln; nor of Gouverneur Morris who wrote in the Preamble to the Constitution that ours is a Republic of “We the People,” a Republic in which we all have a shared mission and intention to uplift and better human civilization, —and to end oligarchical rule forever.