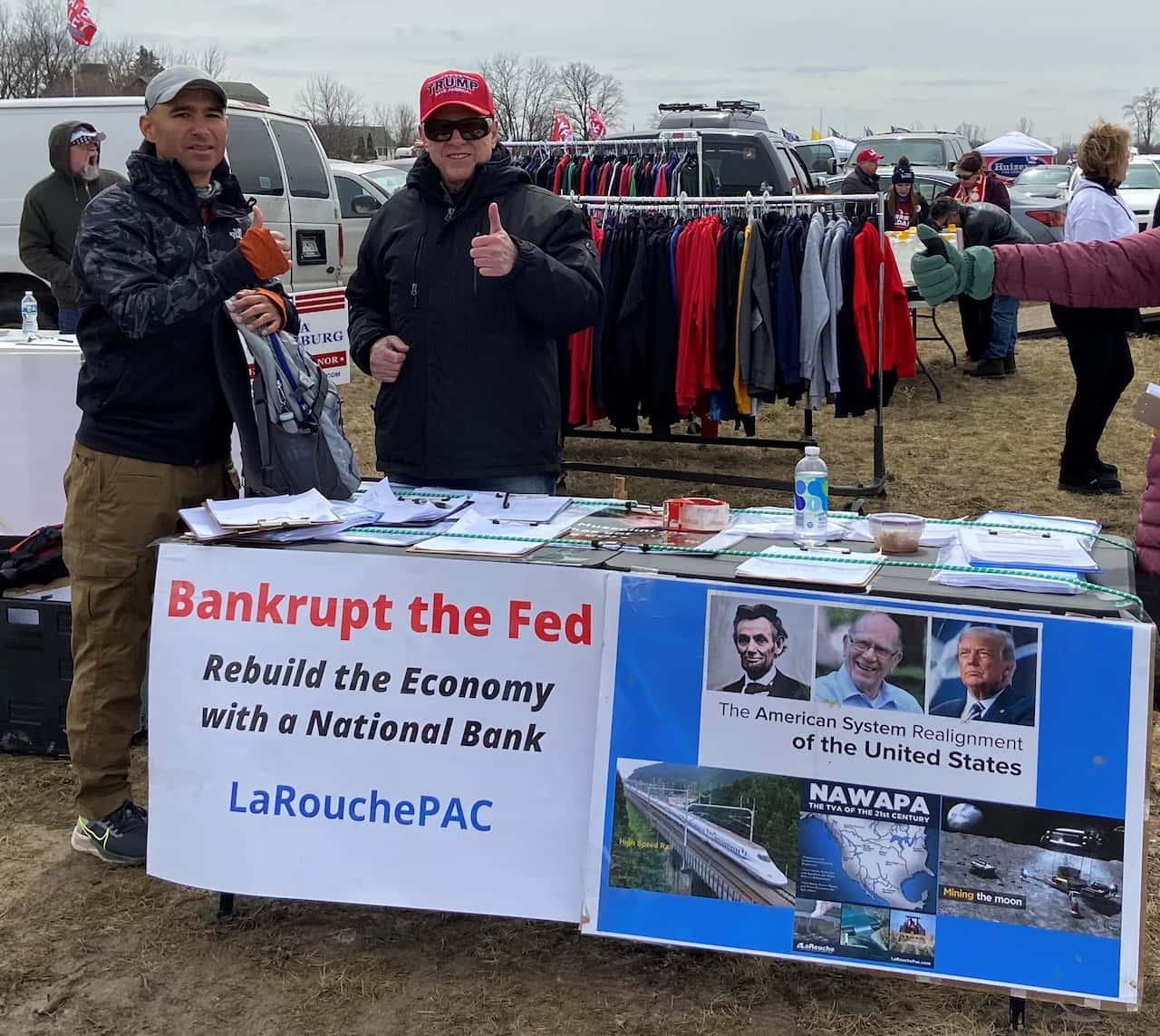 On May 9, the largest county in the state of Texas supported the growing campaign to abolish the Federal Reserve and return to national banking. The Harris County Republican Party, which includes Houston, passed the following resolution:

“Be it resolved that the Harris County Republican Party is in favor of repealing the Federal Reserve Act of 1913 and replacing it with a Third National Bank of the United States in order to guide the credit of the United States of America into development of productive powers of labor as specified in The Report on Manufactures by Alexander Hamilton.”

LaRouche PAC organizers launched the drive for such a resolution at district caucuses more than a month ago, and last month were able to pass it through the State Senate District caucus, sending it up for consideration at the Texas State Republican Convention in June. It was the Chairwoman of the State Senate District who introduced the resolution in Harris County, which ensures the resolution will now go to the state convention with the backing of the biggest county in the state.

The process of moving the resolution along has provided the opportunity for substantive discussion among local party activists. While local issues have often dominated activity at this level, people are coming to grips with the fact that such local issues are about to be swept away by the inflation tsunami. One candidate for party office encouraged others to “Go talk to these people, because this is the kind of policy discussion we need to have.”

The resolution, working its way through the Texas Republican Party, is one reflection of the readiness of grassroots leaders, candidates, and activists at all levels to take up the big fight, the fight to rescue our economy from the grip of the private central banking system which only exists to serve the world’s financier elite.  One need only look at the fact that the “Uniparty” has no serious response to inflation, whether it be from the Avatar Biden, Treasury Secretary Janet “Yoda” Yellen, or hapless Republicans who only seem to know how to cut the U.S. budget while sending billions to Ukraine.

People are sensing that we need the third American economic revolution demanded in LaRouche PAC’s call to “Abolish the Fed and Restore our Sovereignty with National Banking.”   Already, candidates from several states have endorsed the call, including candidates for governor, Congress, and state legislator.  At the same time, long-time organizers for LaRouche PAC, such as Paul Glumaz and Ron Kokinda (who are running for Congress in Washington State and the state legislature in Michigan, respectively) are finding that other candidates are turning to them for serious discussions of how to run an economy without the Federal Reserve. At the recent Michigan Republican convention, LaRouche PAC organizers had the experience of people coming up to them and saying something to the effect, “I get your emails, but now I really have to understand economics.”

As the number of endorsers grows and resolutions such as the one in Texas gain support, the message will become increasingly clear: Americans are ready to take on the power of the global elite by eliminating their central bank system and restoring our economic sovereignty with national banking.

Let’s spread the campaign. Take LaRouche PAC’s call to your local candidates, political groups, and organizations and ask them to endorse it.