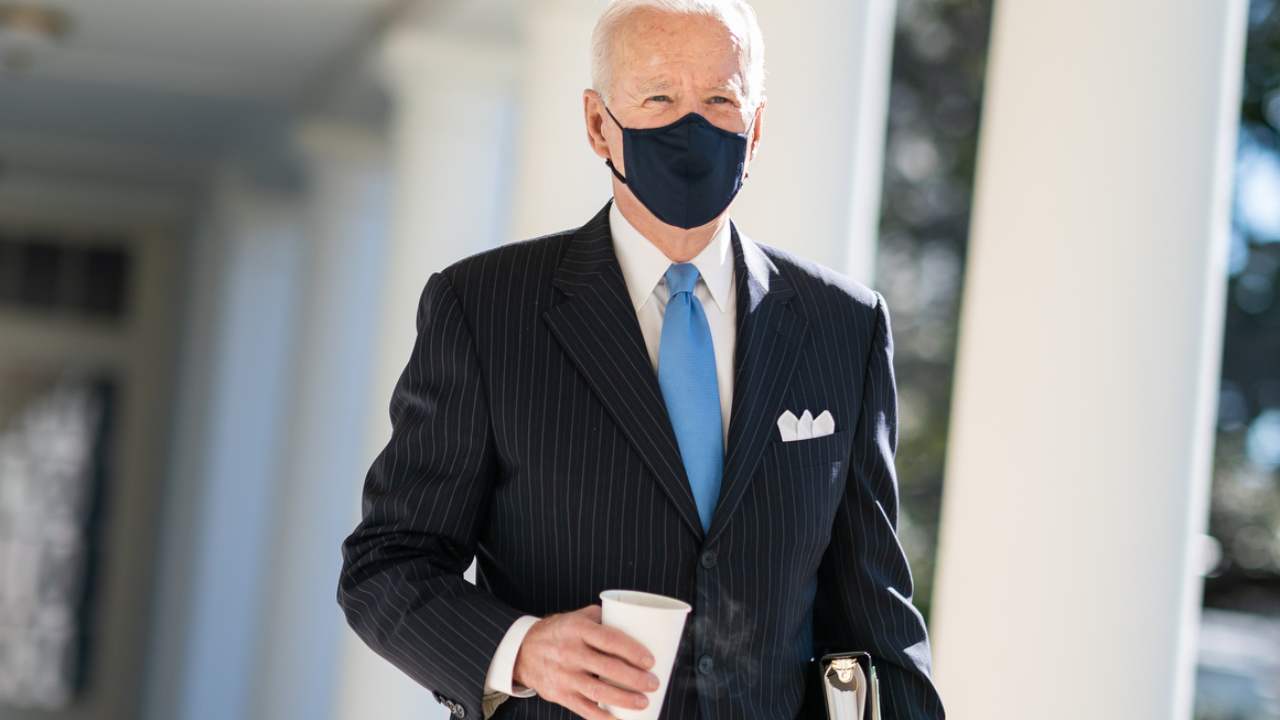 Toward the end of the cartoonish theatrics passed off as a press conference last week, America’s avatar President mumbled his belief that the strategic conflict in the world today is between “democracy and autocracy.” As with everything Biden, there is nothing original in his remark. It is merely the widespread, and completely false opinion held by most wings of the American and European elites. It is the same foolishness that brought on World Wars I, II and all the endless wars that followed. The only thing new in today’s version is the lower level of stupidity of today’s elites compared to their equally misguided predecessors.

Unfortunately, even Biden’s opponents accept the terms “democracy vs. autocracy” he ejaculated on that occasion. Hence, a persistent effort to correct the discussion is necessary to save our republic.

As every school child once was taught, until the imposition of the British-originated revisionist history in the 1960’s--which spawned the farcical “wokeness” movement currently prevailing--the founding fathers of the United States feared democracy as the greatest threat to our new republic. Plato had placed democracy as the closest thing to tyranny and, after witnessing the murder of Socrates by the democrats of Athens, spent his life advocating for the republic, that is, a form of government based on the consent of the governed, dedicated to improving the conditions of society by developing the creative powers of the human mind. Plato’s concepts were further developed by St. Augustine, Dante, Nicholas of Cusa and Leibniz, whose ideas formed the basis for the American constitutional republic through the minds of, most notably, Benjamin Franklin and Alexander Hamilton.

Hamilton wrote, “It has been observed that a pure democracy if it were practicable would be the most perfect government. Experience has proved that no position is more false than this. The ancient democracies in which the people themselves deliberated never possessed one good feature of government. Their very character was tyranny; their figure deformity.”

Biden’s mumblings are echoes of more erudite analyses espoused by all stripes of the academic and foreign policy establishment. Leading the liberal side are those like Hillary Clinton who advocates for a new cold war with China and Russia in the name of “democracy vs. autocracy.” More sophisticated is the recent proposal put forward by Richard Haass and Charles Kupchan in the Council of Foreign Relations journal Foreign Affairs. Differing from Clinton, Haass and Kupchan argue for a revival of Henry Kissinger’s realpolitik in the form of a new international arrangement modeled on the Concert of Europe. Rather than an all-out conflict between democracies and autocracies, Haass and Kupchan advocate that the leading nations of both “camps” should form an arrangement among China, the European Union, India, Japan, Russia and the U.S., to manage world affairs in the same way that Britain, France, Russia, Prussia and Austria did following the end of the Napoleonic Wars in 1815.

What Haass and Kupchan don’t mention, and are probably ignorant of, is that the Concert of Europe was not created to keep the peace among European empires, most notably the two biggest powers at that time, the British Empire (falsely identified as liberal and democratic) and the Russia Empire (the autocracy). It was an agreement among the Empires to keep the ideas of the American Republic from spreading to Europe, and eventually to destroy the United States itself. This was borne out most clearly during the American Civil War, when the so-called “liberal,” “pro-democratic” regime of Britain and its puppet, France, backed the slavocracy of the Confederacy--while the leaders of Germany and Russia, Otto von Bismarck and Czar Alexander II, respectively, who had begun to adopt American system economic policies, took measures to support Lincoln’s U.S.A. On the European continent, the British backed the revolutionary/reactionary movements of Young Europe (from which Karl Marx and the communist movement emerged), which ultimately led to the re-establishment of revanchist regimes in France and elsewhere. Rather than keep the peace, the British Empire’s efforts to weaken the pro-American developments in Germany and Russia ultimately brought about World War I, a war that Woodrow Wilson declared was fought to make the world “safe for democracy,” and its continuation into World War II.

Franklin Roosevelt made it clear that the U.S. was fighting World War II to defeat, not defend the Empires. He pledged to use the methods of the American system to transform the formerly colonized areas of the world into sovereign, economically advancing republics. FDR was committed to building on the wartime alliance with the Soviet Union to recruit Russia into cooperation in the endeavor. Similar efforts were made vis-a-vis the Republic of China.

Roosevelt died, and the British reasserted the “democracy vs. autocracy” ploy (i.e. the free world vs. communism). Again, the British goal was to dismantle the revival of the United States accomplished by FDR. The Anglophile elites of Wall Street and Boston enthusiastically embraced their British soul-mates. The result was nearly 70 years of endless wars, deindustrialization, and the economic disaster now known as globalization.

Lyndon LaRouche often stated that all world politics since approximately 1766 has been a conflict between the emergence, and continued existence, of the United States as a constitutional republic, versus the British Empire.

This is emphatically true today. The American people must be organized to reject Biden’s foolishness. This includes Republicans and the so-called “conservative” establishment, who are so easily lassoed into the “democracy vs. autocracy” fantasy.

This means rejecting the current efforts by big-tech and Wall Street oligarchs to impose a tyrannical “democracy” on the country, be it through voting reform, woke education, big-tech censorship, or any other fascist reforms in the name of  “democracy.” It means reforming U.S. economic policy according to the principles set forth by Lyndon LaRouche in his “Four Laws.” It means U.S. foreign policy must be guided by the proposal of LaRouche to establish a four-power agreement among, the U.S., Russia, China and India--each of which has an existential interest in eliminating the British Empire--to establish a New Bretton Woods system based on the principle of the development of the productive powers of labor. This agreement is not to manage conflicts, but to organize cooperation among these, and other, nations for high-technology scientific development based on the founding principles of the United States. LaRouche set out the principles on which this can be accomplished in his 2009 book-length essay The Coming Eurasian Word.

Fortunately, the citizens catalyzed by President Trump, who intersect the movement built by Lyndon LaRouche over the last half-century, have had their bellies full of the Anglophile elites and are in no mood to go “save the world for democracy.” The immediate issue is to save America from democracy and restore it as a republic.