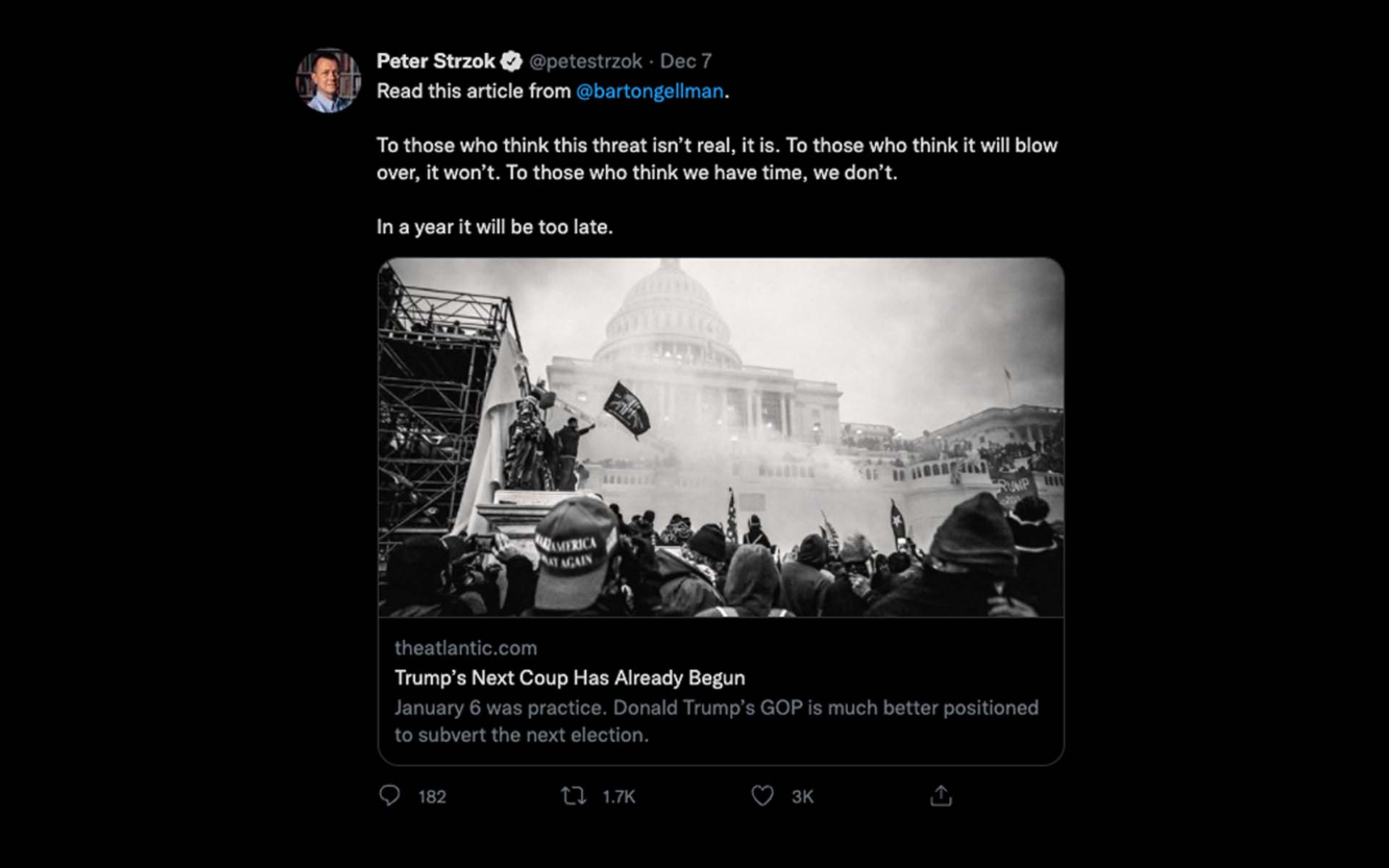 Maybe they think hyperventilating is a further protection against COVID, since apparently three shots and two masks aren’t enough. In recent days, the enemy has waxed even more hysterical than usual over the growth and consolidation of Donald Trump’s movement.

Notice a theme here—acknowledgment of Trump’s mass political movement, winning state houses and party positions, becoming election officials–all manifestations of the growth of an extraordinary citizen and candidates’ movement to save America; then, smeared with claims of violence and coups. (Never mind who actually carried out violence and a coup in 2020.)

Lurking behind all of this, is the reality that inflation is ripping apart Americans’ ability to survive and is fueling the kind of major political realignment that we have only seen a few times in our nation’s history. Abraham Lincoln’s creation of the Republican Party, as a party of producers and patriots, is the most immediately relevant—a point not missed by Donald Trump. (See LaRouchePAC’s "Citizens Primer: The American System Realignment of the U.S.")

Besides the Slate focus on Michigan, the Atlantic piece is illustrated by an inordinate number of pictures of Michigan activists rallying for election integrity. Two dynamics are intersecting in Michigan.

It’s not surprising that this effort has been the target of a classic psy-ops attack, with various grifters and worse, attempting to sow dissension and disinformation. Shane Trejo’s post, “It’s Time for a Grassroots Reality Check” in RightMI.com, details the players at the national and local level who have tried to disorganize election integrity efforts. (For all you Jovan Pulitzer fans out there, this is an important read.)

Every recent poll, on all sides of the political spectrum, acknowledges that the economy is the number one issue in American voters’ minds. LaRouchePAC is committed to providing the principles and policies which can revive the real American school of economics, and by doing so, shape this realignment and rescue our economy.