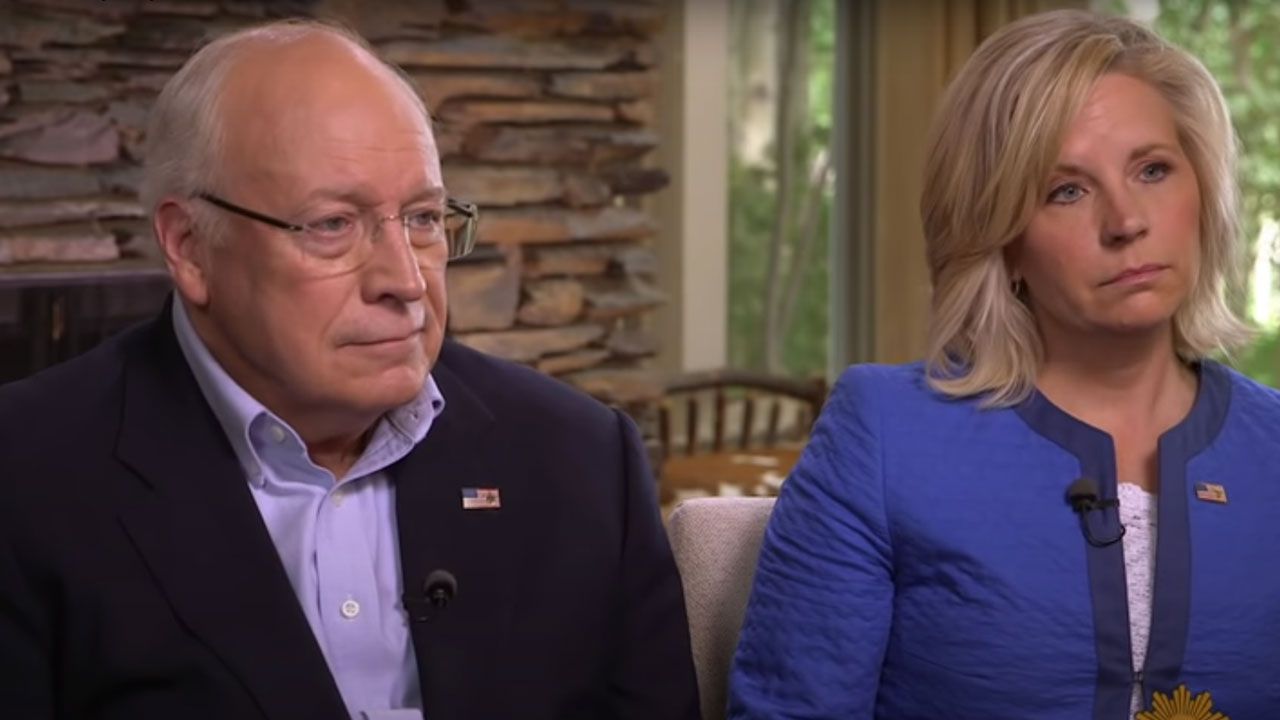 Liz Cheney was voted out of her House Republican leadership post this morning, indicating that attempts to cover up the vote fraud of November 2020 are failing and that the Uniparty, which has functioned on behalf of the modern British Empire for decades now, is poised to go down as the result of a deepening revolt against them by the American population.

It is true that Cheney and friends claim that they will go out, along with their donors, and run a campaign against Donald Trump in 2024. But these people are the same people who failed at this in 2016. It is also true that the Republican Party is still littered with cowardice and the ideological madness of neo-liberalism and libertarianism, both ideologies created by Europe’s oligarchs in their Mont Pelerin society. Kevin McCarthy, for example, refuses to question the legitimacy of Joe Biden’s election, and Chamber of Commerce pawn Mitch McConnell, the turtle-man, still sups where he sups. But reality is about to impose itself.

Tom Friedman of the New York Times penned a revealing hissy fit against Cheney’s ouster on Tuesday. Friedman is the Times’ alleged Zeitgeist prognosticator whose bloviating is beloved by the elites, inclusive of his automated endless repetition of vacuous terms invented by the World Economic Forum, such as “hyperconnectivity.”  Friedman wrote:

“If House Republicans follow through on their plan to replace Cheney, it will not constitute the end of American democracy as we’ve known it, but there is a real possibility we’ll look back on May 12, 2021, as the beginning of the end—unless enough principled Republicans can be persuaded to engineer an immediate, radical course correction in their party.”

Say, what, Tom? Liz Cheney is her father’s daughter, the incarnation of her father’s war mongering, forever war, satanic lunacy, which has disgraced our nation and which Donald Trump tried, but failed to end. Her biggest contributors are bankers, like Morgan Stanley and Wells Fargo, Wall Street “turnaround” vultures like Castle-Harlan, lawyers, and, recently, a lot of Democratic Party and Bush family political operatives. Nancy Pelosi has even offered Cheney opposition research in an effort to reimpose control over, in their view, the great unwashed majority of the population who still support Donald Trump.

Friedman goes on to tell us that the center of his problem (and that of Liz Cheney and the Bush-centered Republican establishment), is continued adherence by Republicans to Trump’s “Big Lie,” that the November election was stolen, together with recognition, by sentient Republicans, that the entire Republican base remains devoutly loyal to Donald Trump.

In Arizona, there is an ongoing audit of the vote in Maricopa County which could very well finally prove how the vote was stolen. Seventeen hundred volunteers are on the ground conducting this audit. The Democrats have tried everything to stop it and so far failed. Ballot integrity measures, centered on voter ID, and other investigations of November’s fraud are going forward in many states, prompting a complete rug chewing fit from the Democrats who have hysterically labeled voter ID laws and ballot integrity a return to “Jim Crow.” While the Democrats have countered with their pending U.S. Senate Bill 1 which would federalize all elections and open the floodgates to permanent fraud, a concerted citizen mobilization looks to stop it. Parents throughout the country are now revolting against the brainwashing of their children through Critical Race Theory.

Now, Biden and the Federal Reserve have unleashed inflation of historical magnitudes. The only remedy will be a return to the American System of political economy which President Trump referenced and Lyndon LaRouche fully articulated. It involves drying out worthless financial speculative paper values throughout the world while launching a full-scale industrial recovery on a modern nuclear energy and infrastructure platform.

This is what triggered Friedman’s flight-forward and his proposal to man the barricades. This, and outright fear that Cheney’s ouster is just the first step in a reckoning concerning the coup run against the Trump presidency and the theft of the election. Here is how he histrionically frames it:

“If someone tried a dishonest power play at the P.T.A. of your child’s school like the one in the House, you’d be on the phone in a flash, organizing the other parents to immediately denounce and stop it. If you read about something like this happening in another pillar of democracy, like Britain or France, you’d be sick to your stomach and feel like the world was a little less safe. If you heard that a banana republic dictator had forced such a Big Lie on his sham parliament, you’d want to picket his embassy in Washington. Because, if Trump and friends are not stopped, one day they will get where they are going: They will lock in minority rule in America. And when that happens, both Democrats and principled Republicans will take to the streets, and you can call it whatever you like, but it is going to feel like a new civil war.”

Say what, Tom? Britain and France, both under the thumb of globalist lunatics and central bankers, are pillars of democracy? A Civil War because Liz Cheney is being voted out? Wait, Friedman tells us what is freaking him out in the very next paragraphs:

“I don’t use that term [civil war] lightly or accidentally.... My first reporting experience was living inside the Lebanese civil war in the late 1970s and early 1980s.

“I saw close up what happens when democratically elected politicians think that they can endlessly abuse their institutions, cross redlines, weaken their judiciary and buy reporters and television stations—so that there is no truth, only versions, of every story. And they think that they can do it endlessly—cheat just one more time, break one more rule, buy one more vote—and the system will hold until they can take it over and own it for their own purposes.”

Aren’t these two paragraphs an extremely accurate description of what Tom and his friends did in the 4-year effort to subvert the will of American voters and overturn the election of 2016?

Shakespeare wrote in Hamlet: “Guilt spills itself for fear of being spilt.” But that would mean that the Trump coup/Biden Wall Street and Beltway support set have a conscience. They don’t. And the natural laws of the universe are emerging. It haunts them.