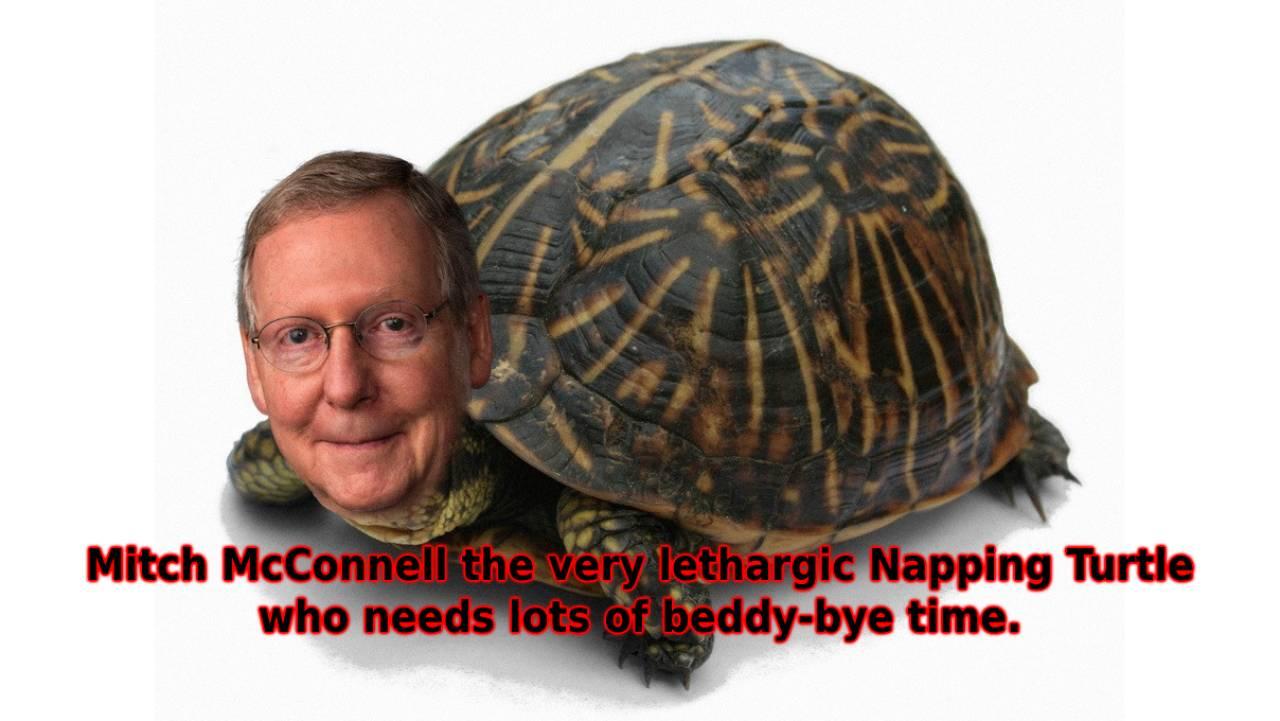 Senator Mitch McConnell is front and center now in Washington’s collective fevered mind. CNN says he is privately telling everyone Trump has to go, and that he will orchestrate the impeachment to permanently bar Trump from running for office ever again. Yet the Washington Post says McConnell will never vote to impeach.

Impeachment is scheduled to start February 7th, and between now and then Mitch McConnell must choose the road to hell or the courageous road which might, just possibly, lead to a form of salvation. Not just for him, but for the nation. Unless he stands quickly against impeachment, Republicans in the Senate should fire him, and fast.

The issue is whether the Republican Party, which for years under leaders like Mitch have operated under a contract with the devil — namely, the oligarchs of the modern British Empire — can now find and redeem its soul.

Donald Trump’s attempt to make it the party of Lincoln and the working class presents a means to outfox Old Scratch, just as sure as that provided by Daniel Webster’s eloquence and appeal to the nature of Americans in that famous tale, “The Devil and Daniel Webster.”

Stephen Vincent Benet’s tale should be read and digested before anyone considers the problem of McConnell’s contracts with the devil, or the British Empire’s continued role in bedeviling the United States. This should be done in the context of the presently mad and unconstitutional rush to impeach citizen Trump, all of it based on the Star Chamber’s rules — a guilty declaration first, and then we’ll figure out the why later.

When Senator Mitch McConnell began his reign as the Republican Majority Leader on behalf of the City of London and Wall Street, comedian Jon Stewart famously said that he was a slow talking turtle — not a human. There is, it must be said, a stark resemblance between the jowly Senator and turtles in general, or a turtle dressed for church, or a malevolent snapping turtle. This went on for weeks on the Daily Show resulting in public petitions stating that Senator McConnell’s turtle nature disqualified him from public office, since turtles cannot serve as Senators, only humans can.

In tarring Donald Trump and his supporters for the pre-planned setup riot and violence in the Capitol on January 6th, various hysterical and crazed talking heads are saying that Trump supporters are in what they call the Cult of 45, and so require deprogramming.

These empty heads need to look in the mirror, as it is they who have drunk the Kool Aid. It is they who have slapped the label “terrorist” on the 75 million Americans who voted for Donald Trump and now seek to simply erase their existence from the public square. Even dissenters from neo-liberalism on the nominal left recognize they are in imminent danger from Washington, D.C.’s fascist Uniparty, of which Senator Mitch McConnell is currently a leading member. Mitch is simply acting under contract with Scratch, or Wall Street, the U.S. Chamber of Commerce, and the City of London — all pretty interchangeable names for you know who!

Deprogramming, according to its dictionary definition, is based on the systemic reintroduction to a cult member of “conventional values,” best done through interventions of friends and family. Maybe Mitch’s family, friends, or Senate colleagues can collaborate to play the role of Daniel Webster with respect to Scratch and Mitch, and end the cult of Wall Street and City of London bankers and oligarchs to which Mitch belongs.

Some of the redeeming values they might seek, urgently now, to instill in Mitch are typical of those Ben Franklin instilled in members of his junto:

(1) Courage to fight for the truth and absolute loyalty to those who do, such as President Trump and Republican Senators, Representatives, and State Legislators who refused to accept the fraudulent results of the election;

(2) an incorruptible desire and curiosity to discover the most profound truths about humans and nature;

(3) a thirst for justice and for doing the common good, uplifting the common man, and nourishing individual creativity and genius;

(4) returning the United States to the American System of political economy in which credit and banking are used to advance society as a whole, based on a mission of fundamental scientific discovery, technological progress, constant large scale upgrades of fundamental economic infrastructure, and the development and fostering of individual genius and creativity; and

(5) an absolute moral horror at any proposition which would involve lying, cheating, or stealing, and a devotion to uprooting any manifestation of same.