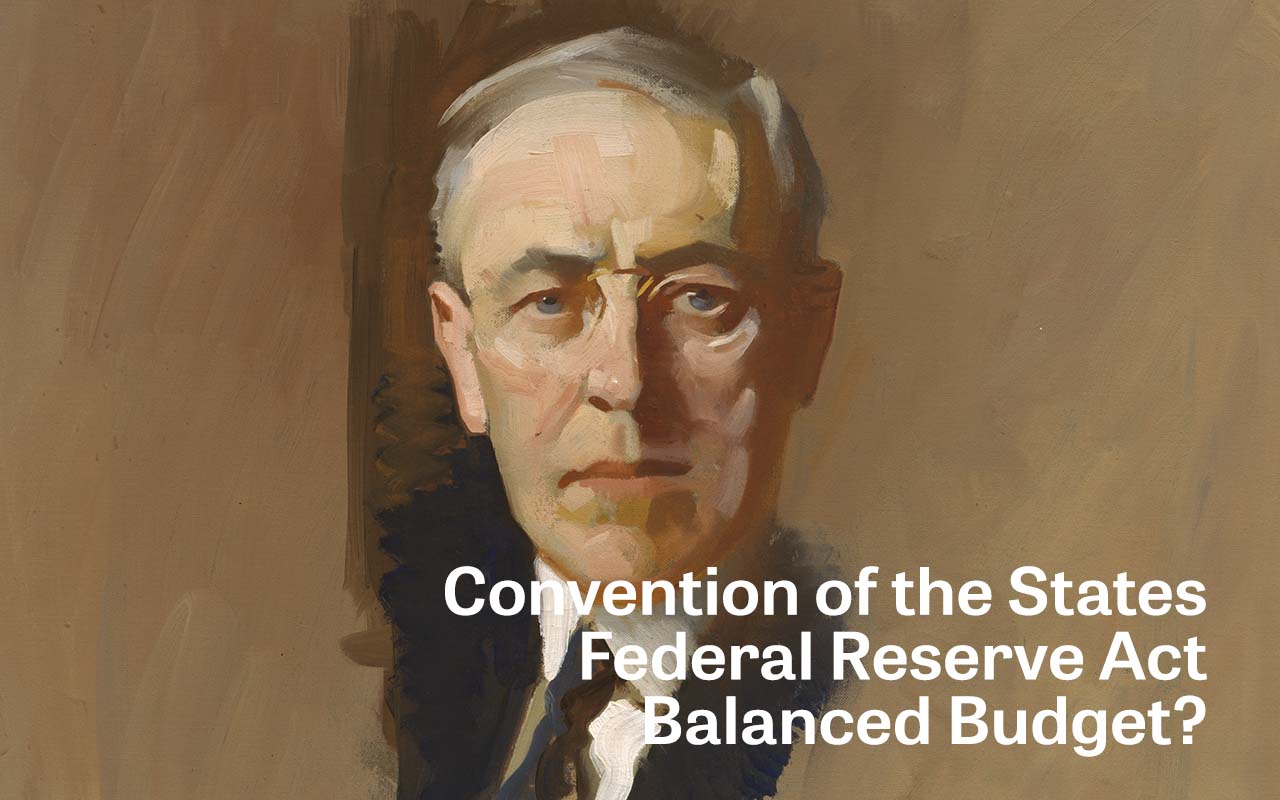 In the current mix of intense political activity in America today, one is bound to run into eager organizers campaigning for a “Convention of States (COS)” to be convened under Article V of the U.S. Constitution. The organizers often whip up their audiences with “Who’s for limited government? (cheers) Who’s for term limits? (applause) Who’s for a balanced budget? (applause and cheers).” After throwing this illusory red meat to angry activists who rightly believe that Washington has sold them out, the proposal for a “Convention of States” is introduced, and people are told that such a convention would put power back in the hands of “the people” and “the states” via a constitutional convention.

As Lyndon LaRouche said many decades ago about another organization, “There’s only one thing wrong with it … it’s no damn good.”

The Octopus in the Room

While an array of sometimes-surprising groups and organizations on the left and on the right (including the John Birch Society, Michigan Conservative Union, and Hillsdale College), are sounding the alarm about the danger of such a convention to our constitutional republic, and are detailing how the procedures for such a convention could be hijacked, they all miss the octopus in the room: what is left intact and untouched is the Federal Reserve and the system of central banks and private financial interests which serve to maintain and enhance the power of the global elite.

Moreover, as Alexander Hamilton made very clear, the exclusive power of the Congress to issue credit and to raise revenue, embodied in Article 1 Section 8 of the Constitution, was the sole means to develop the nation as a whole as well as to ensure the common welfare and defense. That is the power which was abrogated by the unconstitutional Federal Reserve Act.

The existential threat to our Republic does not come from within our federal institutions, despite the fact many of those institutions, especially inside the Beltway, are populated by traitors, morons, and disgusting opportunists; and, despite the fact that most citizens have been denied the historical knowledge of how to actually use those institutions properly.  It is true that Washington has built an administrative leviathan extending its powers far beyond the limitations imposed by the Constitution.  But the answer to that is to elect educated patriots to the Congress whose character and intelligence echoes that of our founders and who will act legislatively to strip away unconstitutional regulations and legislation, starting with the Federal Reserve Act.  President Trump had already begun such a process in his first term.

Assume, for a moment, that the Constitution of States succeeded, and it only adopted constitutional amendments (term limits, a balanced budget, and curtailing the Federal government) as its supporters advocate; and it did not change the entire constitution as its opponents warn. The all-powerful, privately-run, and unconstitutional Federal Reserve will still be there, playing its assigned role as our financial overlord for the British-created system of central banks which dominate the world.  Arbitrary curtailment of the powers of the federal government and the balanced budget provisions would also leave the United States as weakened as it was by the Articles of Confederation, unable to mount the type of economic revival required now to rebuild and advance our economy.

There is a reason that LaRouchePAC recently relaunched a campaign to put the Federal Reserve into bankruptcy and replace it with national (i.e., constitutional) banking. In the 109 years that the Federal Reserve has been in existence, its power and the power of its private financier brethren has grown like a cancer and has now metastasized to the point that it (with an assist from the globalist-run Biden Administration) will destroy what is left of our nation’s ability to produce and survive.

LaRouchePAC is currently researching what is really behind this push to change our Constitution through a convention (rather than the amendment process which has been used 27 times in our nation’s history). Do not be surprised if we discover that the answer to above question of “who’s left running things?” turns out to be the same as “who’s behind the COS?”

If You Like the British Traitor, Woodrow Wilson, You’ll Love the COS

Opponents of the COS properly point out that Article V of the Constitution, under which such a Convention would be convened, is so vague as to leave open the possibility of a radical change in the very nature of our government, especially the danger of becoming a British-style parliamentary democracy.

One of the first “prominent” Americans who proposed abandoning our constitutional republic and turning it into a British parliamentary democracy was Woodrow Wilson. Wilson certainly ranks among the top five British-run traitors to ever occupy the Presidency (feel free to make your other nominations in the comments section). As President, Wilson presided over the enactment of the Federal Reserve Act and the income tax, orchestrated the Versailles agreements after World War I which destroyed Germany and ultimately led to the rise of Nazi Germany, and helped revive the Ku Klux Klan with his White House airing of the Klan propaganda piece, “The Birth of a Nation.”

Wilson earned his “right” to be elevated to the Presidency by the British Empire, in part, because of the book he authored in 1884, entitled “Congressional Government.” In it, he declares his hatred of the U.S. Constitution and his intention that it be replaced by a parliamentary system. He ridicules Americans for their “undiscriminating and almost blind worship of its (the Constitution’s) principles, and of that delicate dual system of sovereignty,” and boasts that he is among the first Americans “to entertain any serious doubts about the superiority of our own institutions as compared with the systems of Europe.” He lauds British parliamentary democracy, “The British system is perfected party government,” and prefers it over our system in which elected officials are to be beholden to their constituents and to our nation’s principles, rather than parties.

Wilson’s proposals are not some “political science” exercise in how to organize the structures of government, but represent a conscious rejection of the underlying economic and political principles of the American Republic. In the book, he attacks the American System by name. Citing the establishment of the Committee on Rivers and Harbors in 1873, he bemoans the fact that “the so-called American System of protective tariffs and internal improvements has thus at last attained to its perfect work.” Incredibly, Wilson attacks the policies of economic growth and technological advancement which resulted in budget surpluses!

Let me restate that. Wilson did not like budget surpluses! He was not concerned about “fiscal responsibility.” He wanted to destroy the ability of government to foster the kind of policies which would result in economic development and technological advance, policies such as the transcontinental railroad of the 19th century and the Tennessee Valley Authority and the Apollo mission of the 20th century. To Wilson and his modern acolytes, the purpose of government is to balance the books, while the central bankers make the policy. And, of course, that policy will be for the sole enrichment of the monetarist classes at the expense of the productive classes and the physical economy. Foreshadowing the Federal Reserve, Wilson posited, “Probably the best working commission would be one which should make plans for government independently of the representative body.”

As previously mentioned, LaRouchePAC is looking more deeply into the political and financial forces behind the current push for a Convention of States (which has already secured the support of 19 of the 34 states needed to initiate the process under Article V). Further, we will be looking at the fundamentally opposing principles which differentiate American economics from the imperial economics of the British (and its subset Austrian School) which dominate the thinking of COS supporters.

While you await those upcoming posts, remember the octopus in the room: the Federal Reserve, and the British-spawned central banking system in which it exists, which are ignored and untouched by the simplistic slogans of the COS enthusiasts.

So, if you want nothing standing between you and the Klaus Schwabs and George Soroses of the world, if you want your physical economy to be defenseless (as it is now) in the face of the looting policies of the central banks, investment banks, and billionaires, and if you want to eliminate any chance for restoring our economic sovereignty, then the Convention of States is made for you.

You can find out more about our campaign to bankrupt the Fed here.