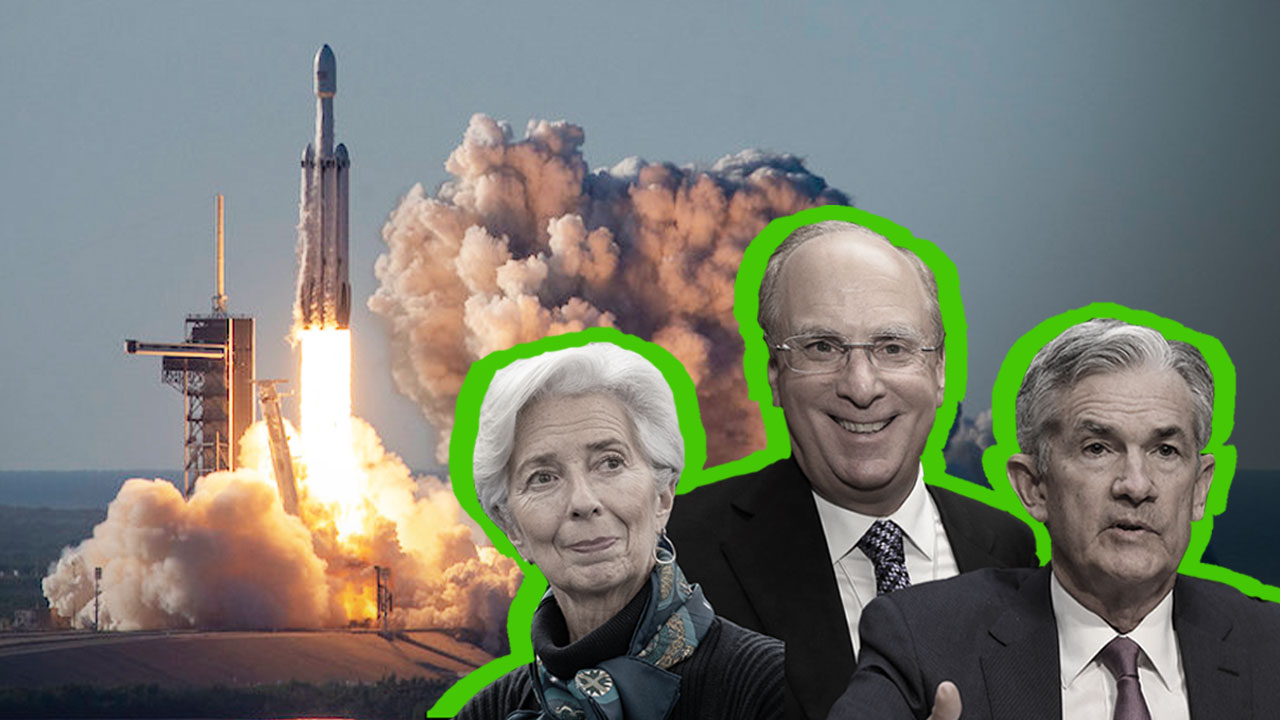 In Part 1 of this report, we sketched the current state of the battle for the United States focusing on an international cartel of the world’s richest financiers, banks, and insurance companies now united to control the world’s credit, using the myth of catastrophic climate change to justify their consolidation of power. Their immediate target is a campaign to disintegrate the fossil fuel sector of the U.S. economy by denying further credit to it. The states where fossil fuel is a key part of the economy, however, have now begun to fight back.

See Part 1: The War the British Financial Imperium Now Directs Against Us

The letter states that these states will pull their funds from any banks refusing to lend to coal, oil, and natural gas industries. “The coal, oil, and natural gas industries in our states are vital to our nation’s economy,” it reads. “As the Obama Administration’s War on Coal demonstrated, reckless attacks on the fossil fuel industry ultimately cut off paychecks for workers and take food off the table for hard-working middle class families—the very people the Biden Administration claims to champion.” In Texas, a bill has been sent to Governor Greg Abbott for signature requiring its state pension funds to divest from any financial companies that “boycott energy companies.”

And on June 4, speaking on a panel of the world’s central bankers, Federal Reserve Board Chair Jerome Powell, under growing criticism from Republicans in Congress for the Fed’s increasingly obvious role in this assault on the economy, tried to circumscribe the Fed’s climate policies. While doing the obligatory rant about the climate emergency, he said that bank stress tests concerning the issue might be possible in the future, but that was about it.  Climate policy, he said, is not the Fed’s job.  The other central bankers on the panel, such as the European Central Bank’s (ECB) Christine Lagarde, declared that fighting climate change was an existential priority for every central bank on the planet.

While Powell might bend to political pressure, his own personal investment advisor, Larry Fink of BlackRock sees climate change as the means for asset managers like himself to run the world.

When the world’s financial system crashed in 2008, Fink played a central role in the Obama Administration’s bailout of Wall Street and banks throughout the advanced sector.  According to multiple accounts, Fink became the go to man in the bailout for the Bush and  Obama Administrations, the Fed, and British bankers.  He enjoyed a close relationship to the Clintons, Hank Paulson, Barack Obama, and supported Joe Biden early in the 2020 Democratic primaries.  Under his and the Obama/Biden 2008 stewardship, Wall Street was bailed out to the tune of $24 trillion in loans from the Fed while average American citizens and companies were decimated.

In his mercurial rise as a young man on Wall Street, Fink had invented the mortgage-backed security and other forms of debt securitization at the heart of the financial collapse.  The inventor of the toxic instruments which crashed the economy was given the keys to the bank because Wall Street’s bankrupts needed a reliable bridge to Washington and because no one in government understood how any of this worked.

The funds and contacts Fink gained from this exercise allowed him to buy the British Barclay’s Global Investors and its IShares platform which most hold responsible for BlackRock’s leapfrogs in growth.

In August 2019, BlackRock initiated the latest round of Fed bailouts of the speculative bubble with a paper delivered to the Jackson Hole annual summit of the world’s oligarchical financiers.  The paper’s presenters were Stanley Fischer (BlackRock senior advisor and former head of Israel’s Central Bank and former Vice-Chair of the Fed), Philipp Hildebrand, (BlackRock Vice-Chairman and former Chair of the Governing Board of the Swiss National Bank), Jean Bovin, (BlackRock Investment Institute and former Deputy Governor of the Bank of Canada) and Elga Bartsch, (BlackRock Head of Economic and Markets Research and former head of European banking for Morgan Stanley).

The paper noted that Fed monetary policy was not up to the task of managing “the next downturn.” Instead, the BlackRock contingent of former central bankers said, governments and central banks should effectively merge under crisis conditions and collaborate to “go direct” with coordinated monetary and fiscal policy.  They would provide stimulus directly to companies, particularly those selling and managing stocks, and individuals.  Sovereign government institutions acting in their perceived interest can only hinder this process. Instead, experts, technicians, and central bankers should implement the plan.  These are, of course, the critical planks in the COVID stimulus plans rushed through Congress and in Biden’s proposals and budgets.  In fact, a senile President surrounded by a collective of putative technicians running the government fits perfectly also, with this plan.

A month following the fateful Jackson Hole meeting the Fed began an emergency repo loan bailout program with hundreds of billions of dollars “going direct” to Wall Street. Helicopter money was also part of the plan, including direct payouts to besieged and underemployed citizens, small business, and large corporations in an attempt to tamp down political unrest.  In addition to being hired to run the Fed’s repo plan, BlackRock was hired to run similar plans in Sweden and Canada.

Despite his recent religious utterances about climate, Larry Fink has not entirely escaped the left’s cancel culture.  His central role in the economy, his successful evasion of regulation, and the idea among the most radical believers in the religion of climate change that he is really an apostate, made him an inviting target.  Nonetheless, BlackRock is highly invested in ESG (environmental, social, and governance) compliant companies, and has made huge bets on them.  Fink is otherwise ferociously intent on maintaining his now significant role in the international financiers’ cartel which would run the world.

Franklin Roosevelt, using the ideas of Alexander Hamilton and Abraham Lincoln and the unique American System of economy, successfully attacked a Wall Street and London cabal out to assassinate him during the Great Depression.  He did so by relentlessly investigating and publicly exposing Wall Street’s barons and their corrosive effect on the real economy and their arrogant disregard and impoverishment of the country’s “forgotten” men and women.  He imagined and put into operation government credit mechanisms and programs which outflanked his Wall Street enemy, directing credit to essential industries while building great infrastructure projects, such as the TVA which became productive platforms for whole regions of the country.  He established Glass Stegall banking separation to ensure that public monies were no longer subsidizing Wall Street excess.  As a result, Wall Street was brought to heel and cooperated in the subsequent war mobilization and economic recovery.

When the crash came in 2008, Lyndon LaRouche proposed solutions which would have resulted in a genuine economic recovery, solutions which he further refined in his Four New Laws to Save the U.S.A. Now, published in 2014.  These refinements on the American System re-establish Glass/Stegall, use national banking to send credit to productive industries and large scale infrastructure projects which ensure rising wages for labor, while investing in fusion power and space exploration to drive basic science and new inventions and discoveries.

Both the Roosevelt and the LaRouche interventions exhibit a completely different intent and view of human beings than the system of the oligarchs. They use the government to direct credit toward the fostering of human creativity and promotion of the general welfare stipulated by the Constitution while providing incentives to private investors and entrepreneurs to accomplish the main work of the recovery mission.  This, and the Four Powers agreement for a new Bretton Woods LaRouche sought to accomplish with those nations still asserting their sovereignty—Russia, China, India, and the United States—create the economic potential necessary to defeat the British financial power now.