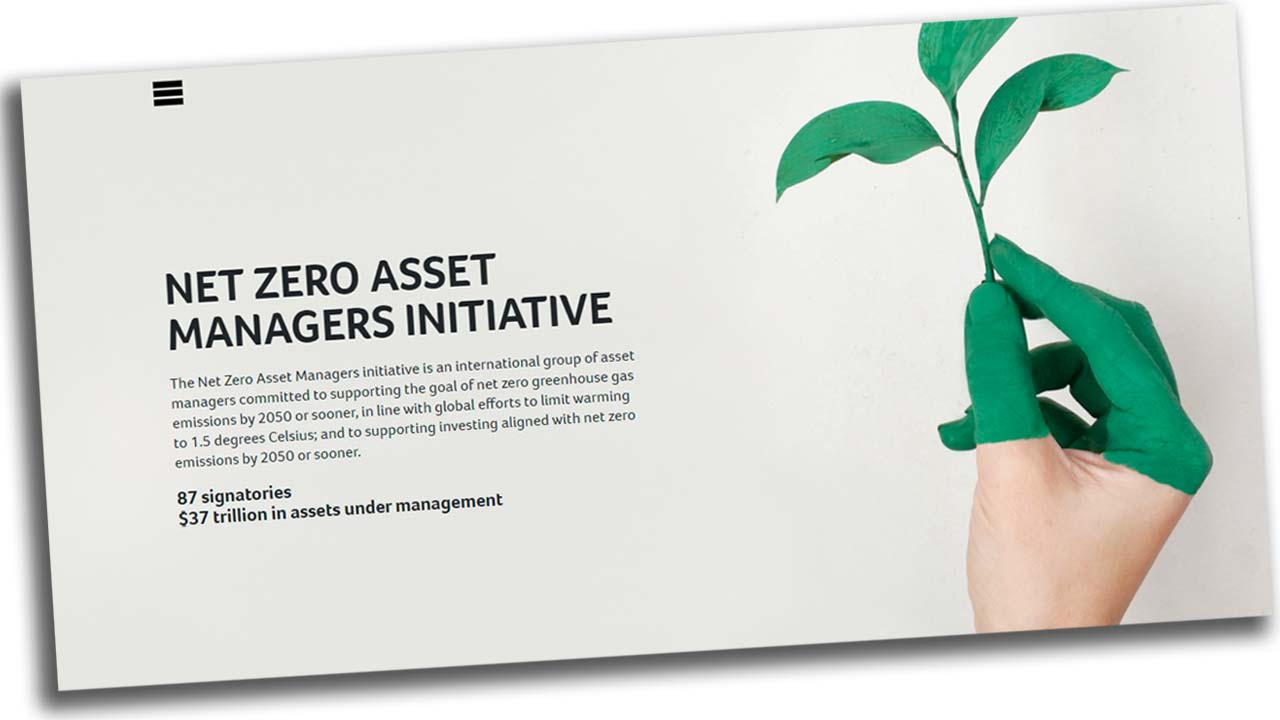 This nation is under attack by a foreign power. It is not Russia or China—that is a very dangerous side-show meant to bamboozle the citizenry while feeding the incompetent forever-war gluttons of the Beltway’s defense industrial complex, its paid Senators and Congressmen, and the majority of commentators on Fox. It is hardly surprising, in this respect, that the enemy we paint here holds major financial stakes in the Beltway’s defense industry bandits and, operating primarily through the State Department and key posts in the Pentagon, has disastrously influenced U.S. national security policy for decades.

See Part II: Their Vision Versus Ours

As we demonstrate below, our enemy is an increasingly frantic and exposed international financial oligarchy seeking to marshal the popular fear and insecurities created by COVID-19 to consolidate a global dictatorship based on the highly orchestrated myth of imminent climate catastrophe. The primary obstacle in its way is the United States and the continued resistance of the 75 million patriots who voted for Donald Trump. Although Russia and China have also continued to assert their sovereignty, the insane oligarchs believe they can isolate and control both, as during the Cold War.

Extremely important battles in this war are occurring on the fronts of election security, critical race theory, decriminalization of drugs and major crimes, and the cancel culture’s poisonous erosion of fundamental constitutional rights. If you monitor the short battle reports which will begin to appear in a few days on this website, you will find that American citizens are mobilized and organizing on all these battle fronts. In the case of critical race theory, decriminalization, and cancel and woke culture, Washington’s otherwise brain-dead Republicans are even backing these existential fights.

The out-of-control Democratic Party effort to illegally surveil and target Trump’s voters and Donald Trump himself—conducted through Biden, the Justice Department, Homeland Security, Biden’s intelligence agencies, and the federal District Courts in New York and Washington, DC—represents another existential front in this war. But, increasingly, citizens are devising means to expose it, resist it, and fight, rather than retreating in fear. Any indictment of Trump will produce a huge backlash against Biden and will more likely than not secure Trump’s 2024 election.

But the major battle, and one in which the nation could be irretrievably lost, concerns the economy. The oligarchs dream they can reduce the United States to a colony once again, and a declining one at that. They somehow believe that Americans didn’t see, yet again, that their economy was a complete physical wreck during COVID, completely dependent on everywhere else in the world for virtually anything of importance.

Donald Trump sought to rectify this by making the United States an industrial powerhouse again, insisting on national sovereignty and the ability to make everything, and launching the bold Moon/Mars Artemis exploration program, certain to pay back the investment with new scientific and technological discoveries. COVID was politicized to ensure his electoral defeat.

Now, the oligarchs are using the fraudulent but popular myth of catastrophic climate change in an effort to permanently consolidate their power. As we detail below, they are consolidating a world cartel of finance under the banner of “fighting climate change.”  This cartel will deny credit to anyone they don’t favor.  They are already targeting the fossil fuel sector, which made the United States energy independent under Trump, for demolition.  Already, Artemis, and similar programs on the frontiers of science, are being starved of the funding necessary to move forward rapidly while a feudal energy program consisting of wind and solar farms covering vast expanses of the lands and seas, is set for massive funding as “modern infrastructure.”

To win this battle, many Americans will have to shed myths they currently entertain, not only about climate change but also about the nature of money, the nature of Wall Street, the role of the government in regulating capital flows to ensure continuous physical economic development, and what deserves the name of science or knowledge.

On May 23, Exxon saw the election of three climate activists to its board—activists hellbent on ending the company’s oil and gas business, the reason why the company exists. The campaign which accomplished this was run by the giant multinational holding company, BlackRock, operating through a special purpose hedge fund called Engine No. 1. Engine No. 1 holds a very tiny stake in Exxon. Like a political campaign organization, it simply rounded up the votes.

Jennifer Grancio, formerly founder and senior executive of BlackRock’s iShares business, is a founding member of Engine No. 1, along with West Coast hedge fund manager Chris James, and Charles Penner, of Jana Impact Capital, a Wall Street social justice investment fund. The shareholder block that was rounded up to vote for the company’s ultimate destruction included the huge State of California pension funds CalSTRS and CalPERS, New York State’s Common Retirement Fund, and the Church of England, among other international players.

On May 20, the avatar occupying the White House issued Executive Order 14030 regarding “Climate-Related Financial Risk.” It instructs Gina McCarthy, Biden’s “National Climate Advisor” (formerly the head of Obama’s hyperactive Environmental Protection Agency), and Brian Deese, Biden’s National Economic Advisor and formerly head of BlackRock’s “sustainable investment” portfolio, to work with the Treasury Department and Office of Management and Budget (OMB) to begin green-lining America’s fossil fuel industry out of existence. The Treasury point-man, Deputy Treasury Secretary Wally Adeyemo, is also fresh from BlackRock. The E.O. indicates that the fossil fuel industry is to be systemically starved of the credit it needs to survive.

On May 18, the Bank of England announced that it would shift its purchases in financial markets completely to encompass only companies that “do the most to fight climate change.” The Bank’s decision, in turn, was heralded by Mark Carney, its former Governor, currently UN Climate czar, and now head of the relatively new Glasgow Financial Alliance for Net Zero (GFANZ).

Mark Carney, Treasury Secretary Janet Yellen, and Climate Czar John Kerry jointly announced GFANZ on the eve of Joe Biden’s April 22 Climate Summit, where the avatar president manically committed the United States to reducing its current “greenhouse gas” emissions by 50% by 2030. According to its press release, GFANZ “brings together over 160 firms (together responsible for assets in excess of $70 trillion) from the leading net zero initiatives across the financial system to accelerate the transition to net zero emissions by 2050 at the latest.”

Announced the same day and as a founding member of GFANZ was the formation of the Net-Zero Banking Alliance, which includes 43 banks from 23 countries with assets of $28.5 trillion. The world’s largest insurers are also lining up, including AXA, Allianz, Aviva, Munich Re, SCOR, Swiss Re, and Zurich Insurance Group. The world’s largest asset managers had previously joined Carney’s alliance, including Blackrock, Vanguard, Coutts (the Queen’s own vehicle), the City of London’s Legal and General, and similar financial holding companies.

The Net-Zero Banking Alliance was convened by the United Nations Environment Programme Finance Initiative and co-launched by the Prince of Wales’ Sustainable Markets Initiative Financial Services Taskforce (FSTF). That is, the Prince of Wales, a/k/a Prince Charles, who has dedicated his life to Malthusian population control schemes as the means to preserve the wealth and power of the modern British Empire under evolving circumstances. Prince Charles tagged Noel Quinn from Hongkong and Shanghai Banking Corporation (HSBC), infamous for its history in the drug trade and criminal money laundering, to lead FSTF.

The banks, insurance companies, and asset managers who have formed this alliance represent the consolidated and concentrated wealth pool which emerged from the world financial collapse of 2008—a modern cartel, international in scope.  For those who wonder what the modern British Empire looks like, here it is.

All of the entities involved are intertwined with each other. They sit on each other’s boards. They hold each other’s debt and stocks. They convene to create consensus among themselves at the World Economic Forum, the Bilderberg Society, and the still extant Trilateral Commission. They are almost an exact replica in form of the slime mold which has characterized empires throughout history, perhaps resembling oligarchical Venice the most.  And, now, they seek to end all sovereign governments, replacing politicians with technocrats and “experts,” while privatizing virtually everything.

In Part II of this Report, posting tomorrow, we’ll profile how various states have begun to fight back and how Blackrock, in particular, has shaped our enemy’s policies in the United States since 2008, and is continuing to do so now.