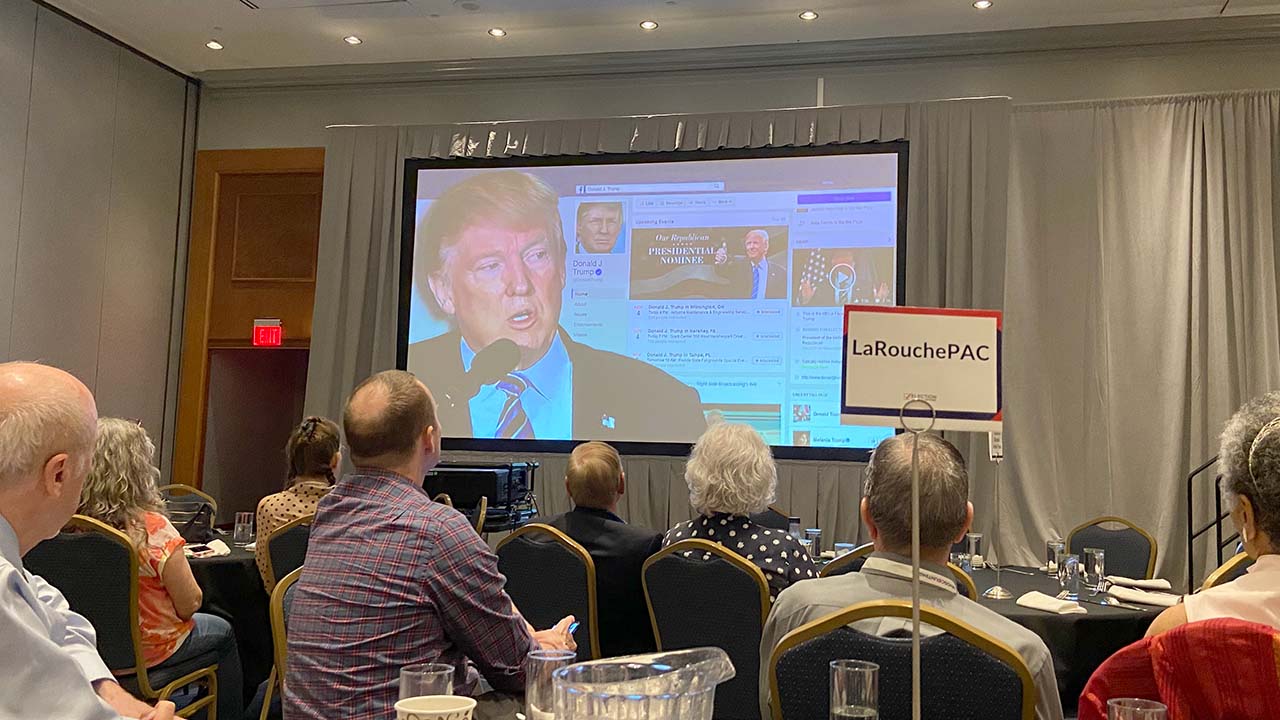 The last several days have witnessed a full-scale liberal media freakout, over the extensive effort to ensure the integrity the next election, as well as attacks on LaRouchePAC’s role in that fight.

The New York Times kicked it off on May 30 with a hyperventilating article by Alexandra Berzon, entitled, “Lawyer Who Plotted to Overturn Trump Loss Recruits Election Deniers to Watch Over the Vote.” By June 1, Politico, MSNBC, and CNN joined the parade with hostile coverage of election integrity efforts, focusing on the swing-state of Michigan.

LaRouchePAC has actively participated in the Michigan fight for over a year and has witnessed firsthand the growth of an extraordinary grassroots effort which has clearly rattled the elites. They have specifically noted LaRouchePAC’s presence, with the May 30 New York Times piece stating: “The R.N.C.’s state election integrity director brought together the coalition to recruit poll workers. According to its website, the coalition includes LaRouchePAC, a committee dedicated to Lyndon LaRouche, the deceased conspiracy theorist.” The next day, the “Maddowblog” on MSNBC hyped the New York Times’ “fascinating” report and singled out the LaRouchePAC reference.

The Times article is a multi-thousand-word rehash of the approved narrative that there was no fraud in 2020, and those that claim that there was, are dangerous “election deniers” and purveyors of the “Big Lie.” Ms. Berzon seems to think that citizens who are exercising their rights and responsibilities to participate in the electoral process are dangerous and disruptive. She targets the series of nation-wide “Election Integrity Summits” which have been sponsored by the Conservative Partnership Institute in recent months. Quoting from the “The Citizens Guide to Building an Election Integrity Infrastructure,” which was circulated at the Summits, Berzon finds it somehow threatening that citizens are being encouraged to “’be ever-present’ inside elections offices, and to meet with post office officials to observe ‘every step’ of the vote-by-mail process allowed by law… (and) to enlist tech-savvy volunteers who, they suggest, can become expert on the specific software and equipment in each county.” Particularly amusing is her claim that “hovering” (i.e., the official role that poll watchers play in directly observing the work of election officials) is an example of interference.

What it Takes to Stop a Coup

At the Michigan Election Integrity Summit held in Detroit, May 13-14, LaRouchePAC’s Michael Steger brought up the real issue, in a question posed during the panel entitled, "The Left's Plans for 2022:  Billionaire Donors and Your Tax Dollars to Manipulate the Election System to Elect Democrats.” The panel went beyond the well-known case of Mark Zuckerberg’s funding of local election officials and absentee ballot drop boxes.

Steger compared the panelists’ description of NGO-type pro-democracy charities for carrying out election fraud to the CIA and National Endowment for Democracy operations that have carried out “color revolution” coups in other nations, such as the 2014 “Orange Revolution” in Ukraine which was a key step in generating the present crisis.  This agenda has been blatant, Steger said, so much so that other nations have publicly identified these "pro-democracy charity" operations as a form of asymmetric warfare. This means we are facing an act of war waged against the American people, and, Steger suggested, it's time we declare war on this enemy and shut down these intelligence-community-run operations. The panelists nodded in agreement and the audience applauded.

The enemy is very afraid that we are on to the fact that citizens are beginning to mobilize against the full range of threats against the American Republic. In Michigan, tens of thousands of citizens are now involved in the fight to protect the elections. The poll worker recruitment campaign of the Michigan Election Protection Team to ensure that the requirement of having an equal number of Republican workers as Democrats is met--especially at the infamous TCF Center, seems to have attracted the particular ire of the liberal media in the last few days.

But, as Steger pointed out, this is full-spectrum political warfare and the election integrity battle must be fought from the standpoint of taking on the power of all of the enemy’s institutions—from the American and British intelligence agencies that ran Russiagate, to the Federal Reserve and global central banking system, on whose behalf those agencies function. 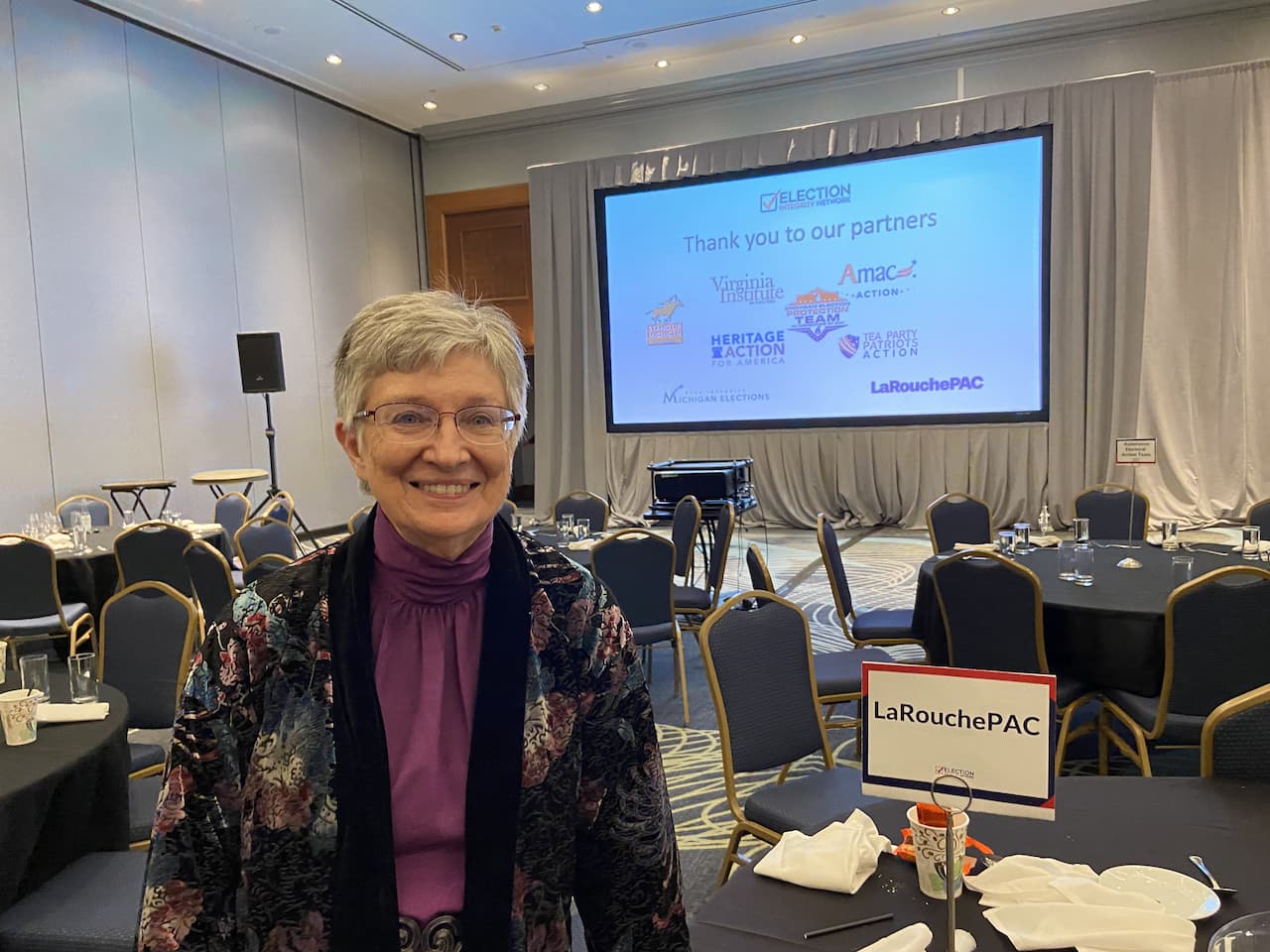 The author at the Michigan Election Integrity Summit, Detroit, May 13-14 - Photo LaRouchePAC