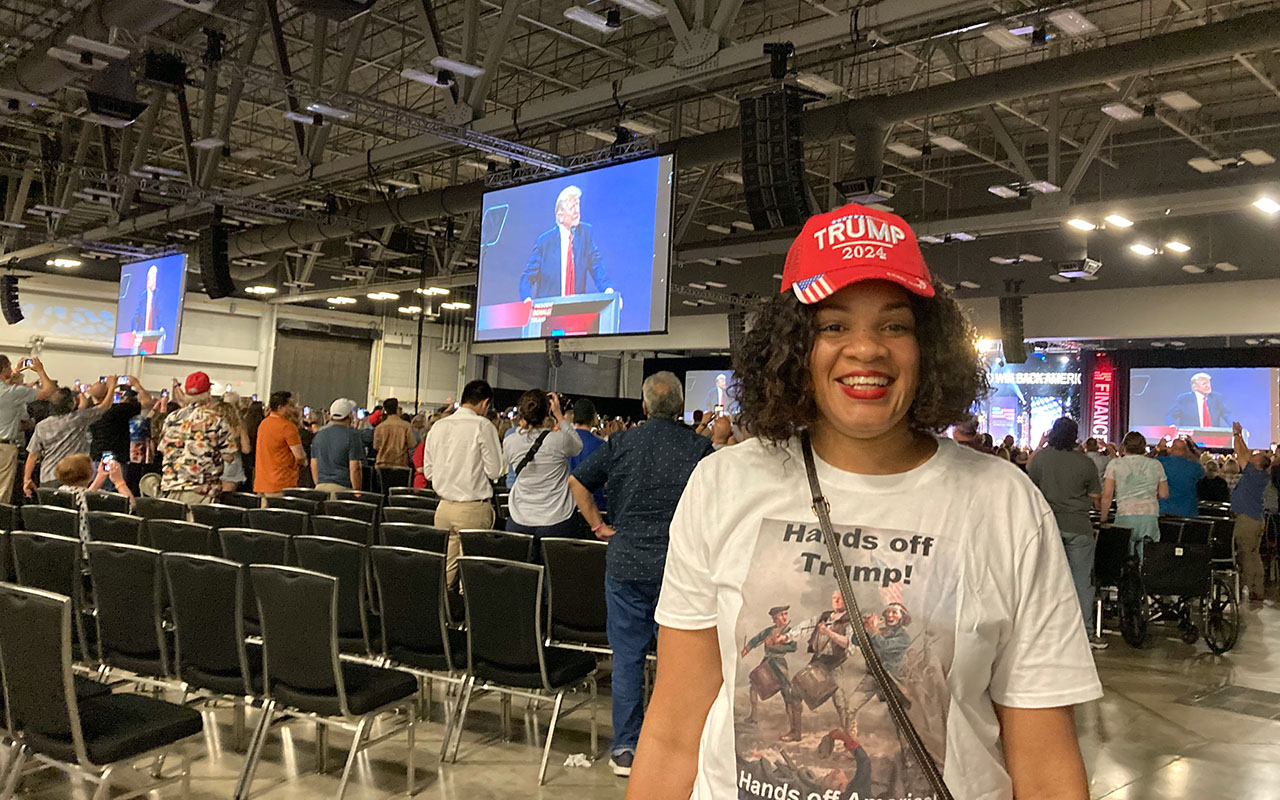 Click here for a .pdf version of this report.

When the Texas Republican Convention kicked off on June 15th, it was already foreordained that the meeting of the largest Republican Party in the country would be a battle between the Republican establishment and the citizens who constitute the party’s base—who demanded to be heard at this moment of national crisis. Nearly 5,100 delegates and alternates participated in the Convention. In the days prior to its official opening, about 200 delegates attended open meetings of the Party’s Platform and Legislative Priorities panels to fight to have their policy ideas added to the agenda.

The proposed platform featured proposals for ending the cultural degradation imposed by the Biden Administration: medical freedom from vaccine mandates, preventing gender modification in children, preventing transgenders from competing against women in sports, opposing critical race theory. It included traditional Republican platform planks outlawing abortion and supporting 2nd Amendment rights. But in its election integrity section, it included the statement that the 2020 Presidential election was invalid—a direct response to the illicit and rogue January 6th Congressional “investigation,” and in support of President Trump. This statement alone has caused a national freakout by the failing, fascist Democratic left, who have attacked the Texas Republicans in the mainstream media as so many deplorable yahoos and loons.

In an effort to channel delegates’ legitimate anger at the destruction of the country into actions which would actually further that destruction, the establishment forces running the show also manipulated support for a Convention of the States to alter the Constitution. The Convention of the States resolution was originally voted down, but was then reinserted into the Party’s platform. In addition, the platform contains a plank suggesting that Texas could secede from the union—a populist anger plank rooted in Texas’ 1836-1846 existence as an independent and very bankrupt republic—which everyone knows will never actually come to pass.

Elected delegates who support LaRouche PAC chose to fight on a different plane: taking the necessary measures for surviving the economic cataclysm now upon the country, and turning the United States into an industrial superpower once again, as proposed by President Trump. Our resolution called for abolishing the Federal Reserve—and instituting in its stead—a Third National Bank of the United States, modeled on Alexander Hamilton’s successful First National Bank. That Bank, acting in conjunction with a revived private commercial banking sector, (unlike the globalist Wall Street and London private megabanks), would provide credit to firms solely engaged in rebuilding our physical economy.

While everyone recognized symptoms of the economic collapse, like record gas prices and baby food shortages, too many refused to heed the full solution. Most were unfamiliar with the American history of its two successful National Banks—or Abraham Lincoln’s similar mobilization of credit, via greenbacks, to build the country into the world’s economic wonder during the Civil War. Some of the Republican establishment forces and libertarian ideologues, however, parroted the same British and Jeffersonian lies which were used to dismantle the unique Hamilton/Lincoln program of national banking. This destruction set the U.S. on its present course—in which a Federal Reserve controlled by private megabanks serves the globalist polices of the modern British financial empire, rather than the sovereign interests of the United States.

While the original platform language proposed by the Platform Committee called for auditing the Federal Reserve, we were successful in gaining adoption of a plank which calls for its abolition. But there is still much work to be done in educating the grassroots about replacing the unconstitutional Fed, with the constitutional National Bank. Delegates were rightfully angry at the Biden administration, and felt betrayed by the national government. In many cases, this had blinded them to the obvious reality we face. It is not the government which is destroying the country, but rather the capture of the government by a supranational private cartel of financiers operating out of the City of London, Davos, Brussels, New York, Washington, D.C., and similar locations where Central Bankers execute orders from their imperial controllers.

In the several months prior to the convention, our resolution for Abolishing the Federal Reserve and Creating a Constitutional Third National Bank had been introduced in several senate districts across greater Houston, and had been adopted in Senate District 13. A similar resolution had been adopted in the Harris County GOP executive committee.

Days prior to the opening of the Convention, we were told by our allies that Rolondo Garcia, the self identified pro-Trump chair of the Platform Committee’s Subcommittee on Finance, was raising questions about the National Bank on social media, and lauding Andrew Jackson’s takedown of the Second National Bank. During the Finance Subcommittee hearing, a dozen delegates from multiple Senate Districts testified eloquently in support of the SD13 resolution, with no questions or comments from the chair. Only when one of the delegates specifically criticized Andrew Jackson as being a Democrat, a racist, and cut from the same cloth as Joe Biden, was Garcia provoked to speak up and admit, “Well, actually, I am a fan of Andrew Jackson.” The delegate told Garcia that he forgave him for supporting such a horrible person, a comment which provoked universal laughter in the room.

Afterward, Subcommittee member and libertarian Tom Glass (husband of failed Libertarian gubernatorial candidate Kathi Glass), told a delegate that he didn’t care that the U.S. Supreme Court had unanimously upheld the constitutionality of the Bank, because he disagrees with their opinion.

Ultimately, the Subcommittee refused to submit the full language of the resolution to the Platform Committee—choosing to recommend only that the Federal Reserve be abolished, while excluding the call for a National Bank.  However, over the next couple of days more testimonies in favor of the Bank were given to the full Platform Committee. This pushed one member of the committee to put forth an amendment to adopt language to include the creation of a National Bank—which was then seconded. Rolondo Garcia again denounced the plank, going as far as to argue that, “As Republicans, we are Jeffersonian and Jacksonian,” and “not Hamiltonian.” Wittingly or not, he also lied that a national banking system would function in exactly the same manner as the current Federal Reserve. The chair of the Platform Committee, Matt Patrick, implicitly agreed with Joe Biden, saying, “The Federal Reserve should not be messed with.” This chilled the support of the body, who allowed the amendment to be voted down.

The following day, we flooded the convention with a new statement written by me, delegate Kesha Rogers. I noted that I had walked away from the racist identity politics of the Democratic Party of Jefferson, Jackson, and Barack Obama, because I had refused to allow the destruction of American greatness. Imagine my shock, I noted, to find such love for the Democratic icons, Jefferson and Jackson, in the Republican Party of Abraham Lincoln and Donald Trump.

I also noted that a Hamiltonian National Bank, was recreated by President Lincoln as national banking—using the greenbacks—and would allow the success of an America First economic policy today. Thousands of push cards featuring the resolution were also distributed to delegates throughout the hearings and during the Convention. Aside from Platform Committee Chair Matt Patrick, not one person with whom we spoke defended the Federal Reserve, or thought that it should not be abolished. Despite this, however, there was confusion about what should be its replacement. Many wished for a return to state banking, cryptocurrency, a gold standard, or something even worse.

During the meeting of the full Convention in discussion of the platform, a delegate once again proposed adding the National Bank plank to the platform. Tom Glass again rose in opposition, and lied once again by claiming that the “LaRouche people want to nationalize everything,” and, that “A National Bank would be just as unconstitutional as the Federal Reserve.” Glass went on to gloat on social media about how proud he was of this moment and defeating the plank.

Glass lost his recent race for the State Assembly, and is a self-declared ardent follower of the British Empire’s John Locke. Despite his reputation, resurrected by constitutional and historical revisionists, Locke’s influence on the Constitution was completely subordinated to that of Gottfried Leibniz. Following the exchange with Glass, delegates flooded us with requests for further education. I have also challenged Tom Glass to a public debate concerning the Third National Bank.

A few conclusions can be drawn from this fight at the Convention. First, those opposing a National Bank—because of ideological affinity for “limited government” or the racist Democrats of the past centuries who campaigned to take down the National Banks and Lincoln’s greenback system on behalf of their private financier sponsors—haven’t yet grasped how “America First” and “Make America Great Again” absolutely require national sovereignty over our currency and credit.

Second, the largest state Republican Party organization in the country has entrenched establishment groups, who are either ignorant of, or opposed to, the American System history of the Republican Party, and its origination in Hamilton, Washington, Franklin, and Lincoln—in opposition to Jefferson, Jackson, etc. While Donald Trump has made it very clear that he views the Republican Party as the party of Lincoln, this is hardly surprising. Many of the delegates present recognized the ferocity with which the establishment fought our resolution, and want to know the history which their education has, to date, denied them.

Third, the mass movement of America First, pro-Trump conservatives is alive and well in the body politic—despite the bureaucratic fear of the party establishment of even mentioning Donald Trump by name throughout the course of the convention. This was made clear by the number one legislative priority adopted by the Convention, protecting our elections from fraud, followed by the unanimous passage of a Resolution declaring the illegitimacy of the 2020 elections. The number of delegates wearing American patriotic clothing far surpassed the few wearing Texas Nationalist shirts. In addition, the number of delegates wearing pro-Trump clothing made the establishment’s sanitized, and few, select references to President Trump completely and outrageously conspicuous.

Fourth, recognition is growing that this fight to save our country has moved beyond standard partisan divides. This was captured by Texas Agriculture Commissioner Sid Miller, when he said, “The battlefield used to be between Republicans and Democrats. Then it was between conservatives and liberals. Now the battlefield has once again changed. We must improvise, adapt, and overcome to defeat our enemy. This new battlefield is between patriots and traitors.” This is the context in which Mitch McConnell toady, Sen. John Cornyn, was booed relentlessly by the delegates (the credentials lanyards he sponsored for the convention were mostly thrown away and replaced by other lanyards). Similarly, anti-Trump Congressman, and war monger, Dan Crenshaw was basically ignored or heckled as “John McCain with an eye patch.”