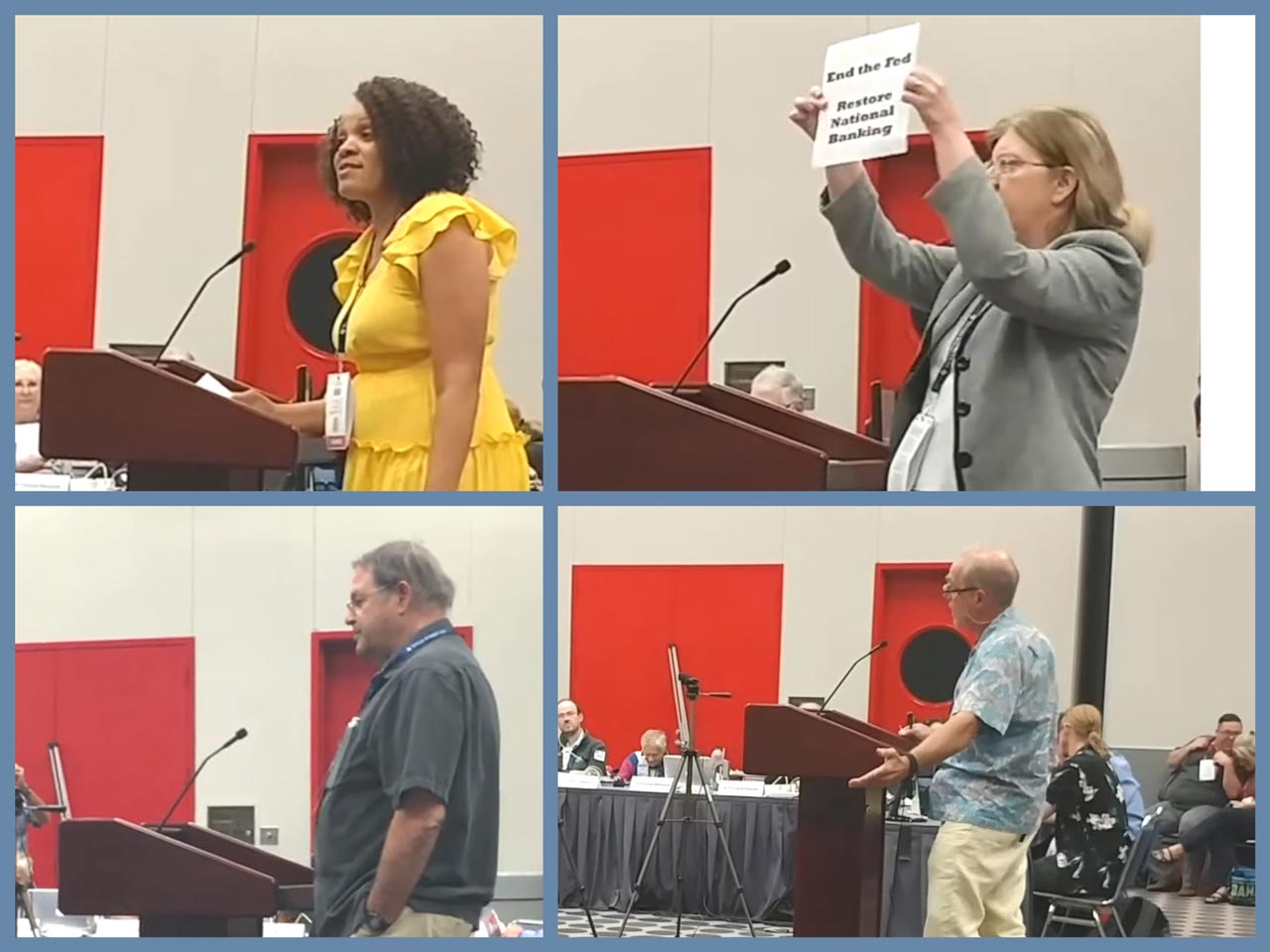 The largest Republican Party in the country is holding its state convention now, and LaRouche PAC is on the ground—as many of you know—fighting for a platform plank that calls for ending the Federal Reserve and instituting a Third National Bank of the United States. The Bank would only grant credits to projects which increase the physical productivity of the population—the types of seminal projects, like advanced nuclear power and large scale water management, which will allow us to build our way out of the Biden/Fed collapse.

Through our intervention, delegates are hearing real American history—like the fact that Alexander Hamilton and Ben Franklin had the right idea for sustained economic development, while Andrew Jackson functioned as a British toady when he destroyed the Second National Bank of the United States. You can watch our testimony below.

We need your help to expand this fight, ensuring that a midterm defeat of Biden et al. actually results in restoring our sovereignty and prosperity.