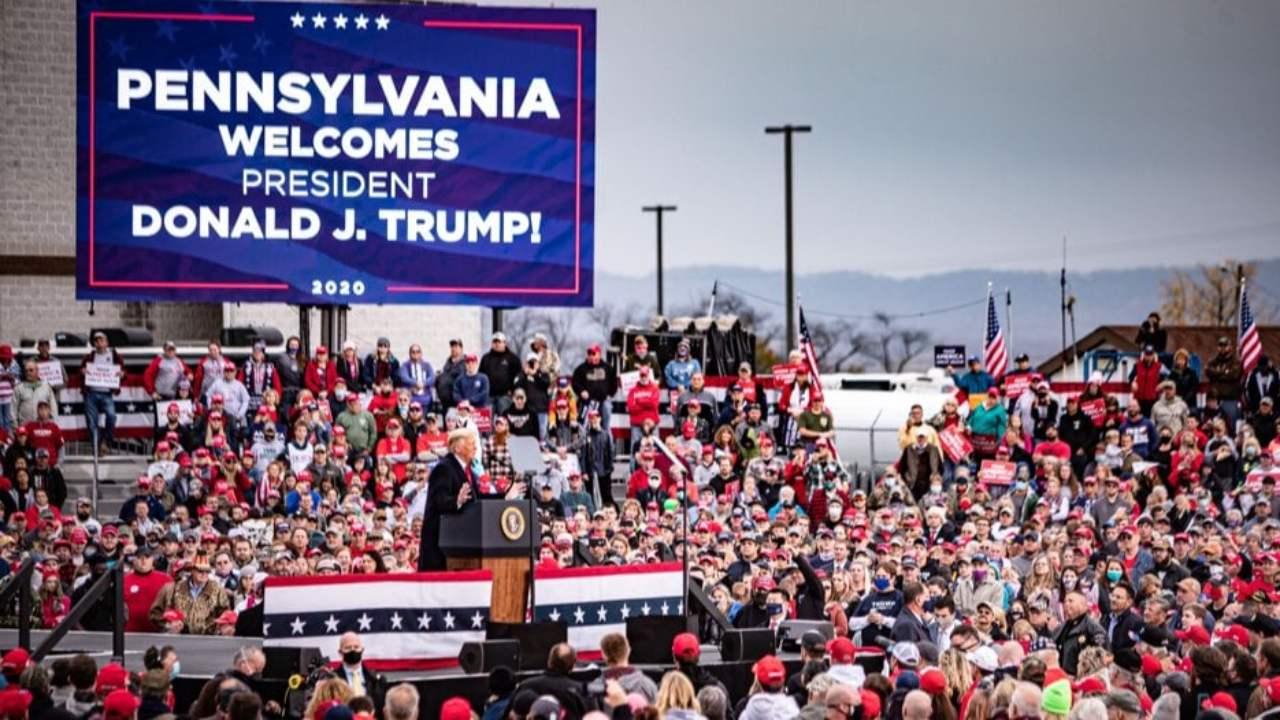 The world stands at a crossroads, whose path depends in large degree on the fight to overturn the fraud of the presidential election in the United States and prosecute the criminal globalist perpetrators who have waged war both on the United States and nations throughout the world. Their full scale development in infrastructure, modern manufacturing technologies, and frontier sciences and inventions, like ours, has been strangled by the same oligarchic forces defeated by the American Revolution, the Anglo-Dutch imperium. To show you just what is possible when the technological optimism dominates, the force unleashed by our founding fathers and by Lyndon LaRouche’s outlines of development projects throughout the world, take a look at the new hope for Iraq illustrated yesterday in an interview posted on the Schiller Institute’s website.

The President’s campaign has won a court battle in Pennsylvania, secured a call from Michigan state senators for a full vote audit in that state before the election is certified, and filed over 100 additional affidavits in ongoing legal cases. Every day brings further evidence of election irregularities and new whistleblowers testifying to illegal activity in the election. On Saturday, Trump’s supporters will rally in Washington, D.C. and throughout the land, defying the “cancel” culture and the resulting incredible fascist censorship and threats of violence against the President and his supporters from the new stormtroopers dominating the media and corporate board rooms.

Amid these useful developments, chaff is being spread, in the form of spoofed or unsupported “evidence” designed to attract attention to delegitimize the calls to “stop the steal.” And the Michigan Attorney General has taken it upon herself to threaten criminal prosecution against those posting what she in her unerring wisdom considers to be “intentionally misleading” information.

The President has moved to directly control the Pentagon, ridding it of RESIST and sedition forces and, in all probability, throwing sunlight over a major front in the ongoing coup against him. This is the center of an all out battle to end America’s captive status as the military force enforcing the colonial policies of Wall Street and the City of London throughout the world. The new Acting Secretary of Defense Christopher Miller has brought in retired Col. Douglas Macgregor as a senior policy adviser. Macgregor is known as a military dissident and a strong supporter of President Donald Trump, and it is thought that he has been brought in to accelerate the withdrawal of U.S. troops from Afghanistan and possibly also Syria. Other shakeups at the Pentagon are terrifying establishment Washington with the fear that Trump will move rapidly to declassify documents to get to the bottom of Russiagate. Rooting out the origins of the coup against his presidency will provide powerful insights into the operation of the electoral fraud that demands investigation.

The British imperialists, in turn, are positively gushing over the prospect of a Biden presidency. In an article published Thursday, the head of Chatham House—the Royal Institute of International Affairs—enthuses that “defense of democracy” internationally would be the glue to cement the U.S.-U.K. Special Relationship under a Biden presidency. The British oligarchic interests are anxious to ensure the U.S. be brought back into line to defend the post-World War II “liberal democratic order” which is now crumbling at an accelerating rate. Biden, speaking at Chatham House in 2018, urged that the U.S. and U.K. “rally together to counter the authoritarian alternative” to the “democracy” (and wars) of the Special Relationship. This is of course, coupled with the so-called Great Reset policies of the world’s central bankers whose Green Finance policies will be implemented religiously by their hollow man servant Joe Biden, using the ”emergence” from COVID as their pretext. “Build Back Better,” Biden’s borrowed campaign slogan is, actually, the marketing brand for this campaign internationally.

The collapsing British system of economic financialization, geopolitical wars, and “green” boondoggles designed to prevent development is not the only system in the world. Freed from aspects of this outlook, the U.S. economy saw mild improvements under Trump.

Developments around the world show the potential of the new paradigm of cooperative economic development between sovereign nation states which is sweeping the world.

Iraq—a nation devastated by the barbaric 2003 Iraq War—is poised to build a modern infrastructure platform through a Hamiltonian system of credit made possible through Chinese financing. The September White-House-mediated agreement between Serbia and Kosovo put economic development as the first item to reaching a lasting peace in the region. Similarly, the Russia-mediated peace arrangement of Azerbaijan and Armenia can bring significant economic potential to the region.

For the world to fully realize the potential of an economic renaissance that goes far beyond incremental improvements requires the economic method Lyndon LaRouche developed, of sovereign governments achieving qualitatively superior infrastructure platforms (including social infrastructure) to serve as a substrate for increased physical productivity, anchored in accelerated investment into new frontiers of science and technology—most especially space and nuclear fusion.