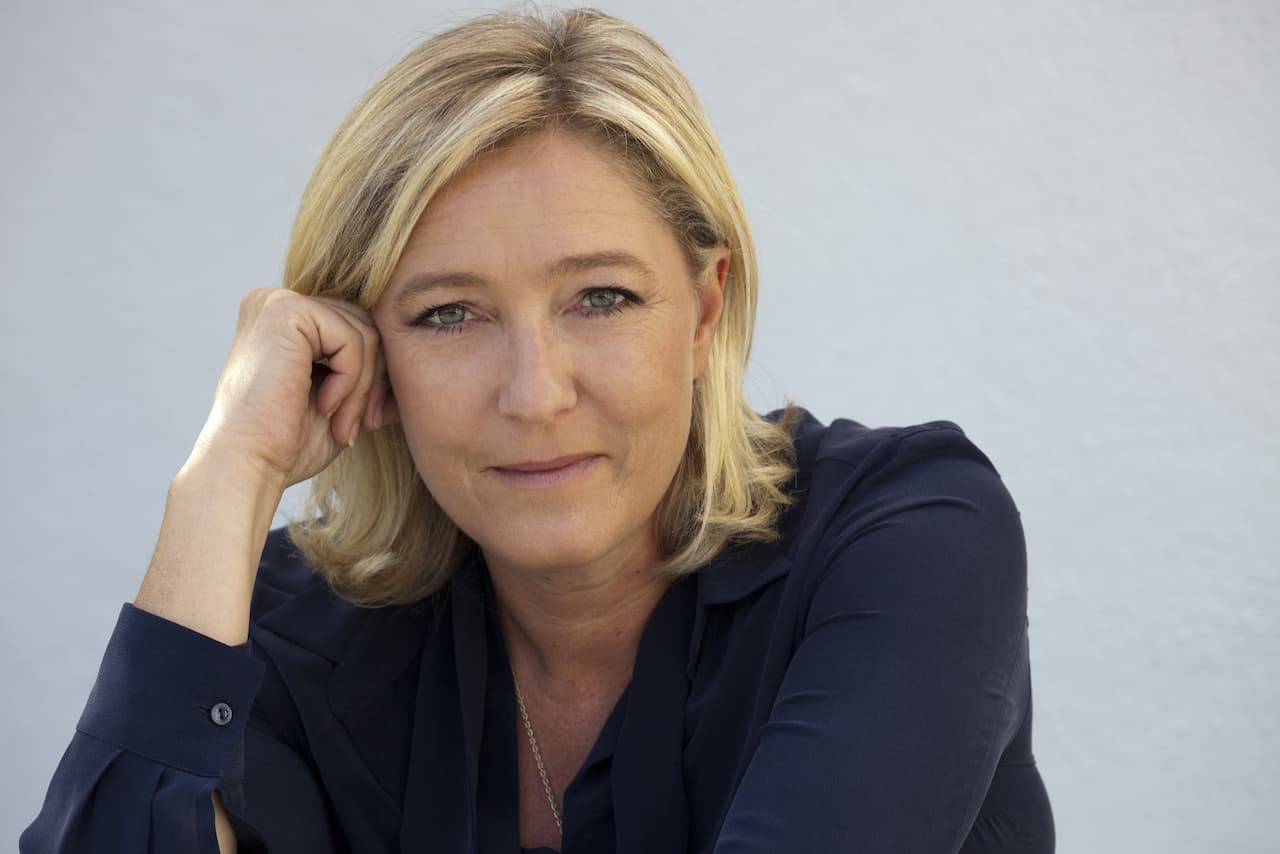 On Wednesday, April 13, New York Times readers were greeted by what was described as a terrifying prospect: France’s globalist banker-President Emmanuel Macron could be replaced by self-described French patriot Marine Le Pen in a runoff election as soon as April 24. If this were to happen, it would knock a giant hole in the oligarchy’s scorched earth regime change drive against Russia’s President Putin—which is crashing the U.S. and world economy far more than it is damaging Russia.

“As Russia’s war in Ukraine rages on, Ms. Le Pen effectively signaled that her election would terminate or at least disrupt President Biden’s united alliance in confronting President Vladimir V. Putin of Russia, and perhaps create a breach in Western Europe for Mr. Putin to exploit,” the Times’ Roger Cohen warned.

Cohen reports that Le Pen has said she would seek, “a strategic rapprochement with Moscow once the Ukraine war was settled by a peace treaty.” And, Le Pen also criticizes the Biden administration for its excessive aggressiveness towards China, saying the United States, “needs enemies in order to unite its allies under its domination.”

According to Cohen, Le Pen’s grievous sins include, “Dismissing multilateralism, blasting Germany, criticizing the European Union, relegating climate issues to a low priority, attacking ‘globalists’ and maintaining a near silence on Russia’s brutal assault in Ukraine.” Her policies are reminiscent of Trump and threaten the North Atlantic Treaty Organization’s (NATO’s) “attempts to arm Ukraine and defeat Russia.”

While remaining a NATO member, Le Pen would not allow French troops to serve under an integrated NATO command or under a European command, Cohen writes. French President Charles de Gaulle withdrew French troops from NATO command in 1966. Le Pen vows “no submission to an American protectorate exercised on European soil under the cover of NATO,” an accurate account of her position which, of course, horrifies Roger Cohen and the New York Times. She characterizes her position as not submitting to Russia but maintaining “equidistance” from the great powers.

This is Le Pen’s third run for the Presidency—most recently against the same Emmanuel Macron. Both times, the two came in close together in the first of the two rounds—this year at about 23% for Le Pen and 28% for Macron. But in 2017, a massive media campaign of demonization of her as an ultra-right bogeyman, resulted in a two-to-one defeat for her in the second round. This no longer seems possible although it is clear that the globalists will resort to every trick in the book to secure a victory for Macron.

As opposed to 2017, the traditional “left” and “right” have dwindled towards insignificance, while globalization’s crushing of jobs, rights, and living standards under the wheels of the European Union empire has brought citizens together across traditional lines. After the first round vote on April 10, left-wing candidate Jean-Luc Mélenchon, who had polled 22%, warned his supporters not to vote for Le Pen—while pointedly not endorsing Macron. No one really knows what they will do.

Marine Le Pen accurately summed up today’s situation, back when she opened her campaign in 2017. “What is at stake in this election,” she said, “is whether France can still be a free nation. The divide is no longer between the left and right, but between patriots and globalists!”

Le Pen is clearly trying to model herself on General Charles de Gaulle, by far the greatest French leader of the Twentieth Century, and a man for whom Lyndon LaRouche always maintained great admiration. Those who criticize Marine Le Pen for her far-reaching remodeling of her party and her movement over the past eleven years, should recall that it was not because he was always right, that de Gaulle was a great leader. Far from it. When Franklin Roosevelt tried to replace de Gaulle as the leader of Free France during World War II, Roosevelt characterized him as a “right-wing royalist type.” That was precisely what he was—or where he had started. His greatness showed itself in his ability to recreate himself from a former royalist to be the re-founder of the French Republic, and in the same process to make himself over from an arch-colonialist, to a supporter and even a leader of a movement to free all former colonies to develop into self-reliant independent nations. And these are only examples of de Gaulle’s genius for self-reinvention.

The overwhelming bulk of Le Pen’s programs do not involve foreign affairs, like those above. She seeks to free France from the leading-strings of imperial European Union policy for instance, by making French laws once more supreme on French soil. She stipulates that she would implement detailed measures to restore purchasing power, to support family formation, protect the rights of women, and suppress crime, with special reference to crimes against children. She would remodel education, increasing the stress on vocational training rather than pursuing the French version of the failed American dream of college education for all. She would greatly upgrade healthcare, in part by pruning back the cost-control bureaucracies which consume so much of each health dollar, in favor of more doctors and nurses. She would rescue French agriculture—even taking definite steps to prevent the suicides of farmers. These ideas do not appear to be mere slogans. Rather, her campaign materials attest to close concern and detailed familiarization with the life of the French people and their most serious problems.

But, these positions can be undermined by the controversies surrounding Muslims within French society. Le Pen has strong anti-immigration positions and positions concerning the Muslim portion of the French population which are widely viewed as anti-Muslim. She says her positions are anti-Islamist, referencing the terrorist attacks which have occurred on French soil. In the last few days these issues have erupted in controversy over Le Pen’s proposed ban on Muslim women wearing headscarves. Macron has attacked this practice also but has changed his position since the First Round in an effort to win Left and Muslim votes.