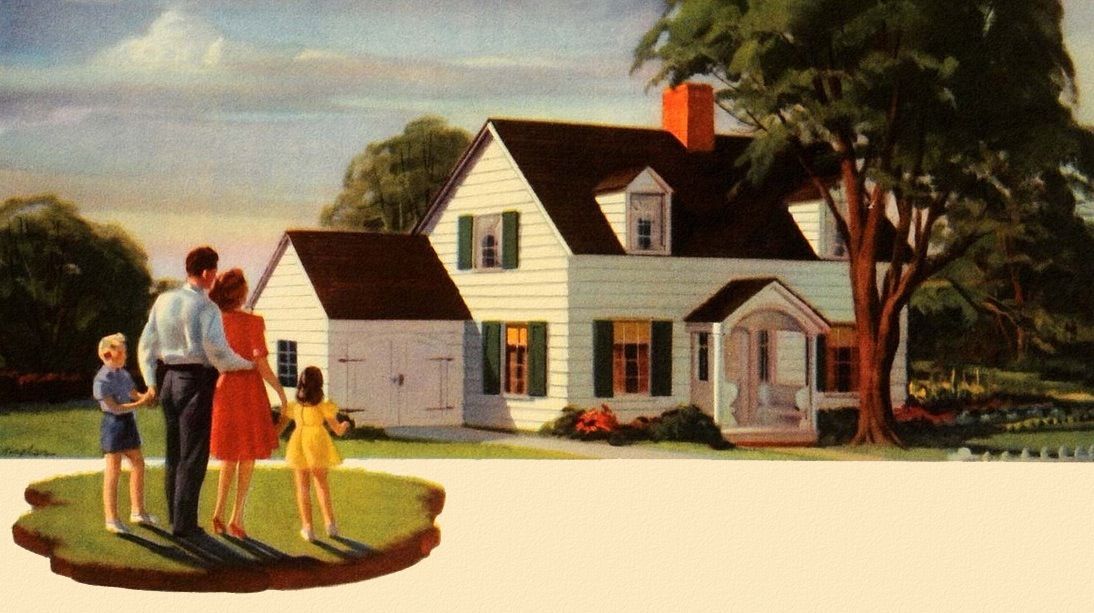 America’s War in Vietnam, over a span of more than 10 years, produced 58,000 combat and non-combat deaths among U.S. servicemen.  Last year more than 100,000 Americans—primarily young Americans—died from drug overdoses, almost double the toll from Vietnam, and this within only a 12-month period.

Recent mass shootings, in Texas, New York and elsewhere, have horrified the nation, and the seemingly endless and escalating rampage of murders in our cities has now become a numbing reality, an accepted part of our culture.

And one critical component of this crisis—one that many people miss—is the suicidal plummet of birth rates to below national replacement levels.  This is a signpost of a younger generation which has no faith in the future, a generation and a nation doomed to hell. The question is posed:  Will our nation and our national culture survive?

What Can We Do?

Many people are now emphasizing that what we are facing is a deep moral crisis.  Clearly, that is true.  But it is vital to recognize that this crisis is not unfolding in a vacuum.

In his book, Dreamland, the author Sam Quinones describes a once prosperous, vibrant city in the Mid-West, a community of full employment and functioning families.  Then, over a period of years, all of the manufacturing plants were shut down and most of the small businesses closed.  What was left was a poverty-stricken hell-hole, with no future for the families that still remained.  Then came the drug-pushers, and along with them death and despair.  There was simply no chance of a productive future for the youth abandoned in those once-thriving communities.  Obviously, the same could also be said for the millions now trapped in the ghettos of our largest cities, as well as perhaps an even larger number of rural poor.

For millions of present-day youth, drugs, degenerate “entertainment” and get-rich quick schemes are the only avenues to escape from the pressure of the dead-end future they have inherited.  The role of Silicon Valley in recruiting youth into a fantasy world—such as the now-proposed “Metaverse—is notable in this regard.  The possibility of a rational productive identity becomes more and more remote.  Shortcuts to “wealth” may take the form of pyramid-scheme type financial ventures or smash-and-grab jewelry store robberies, depending on the geographical location and the cultural background of the perpetrators.  We have been reduced, in essence, to an economy of demoralized grifters.

As some have insisted, one of our first priorities today—perhaps the most urgent priority—must be to begin the process of rebuilding productive families.  Functioning, productive, loving families.  But this comes with a caveat.  This can not be done in the absence of a productive economy.  IT CAN’T BE DONE!  In the mid-1960s, a high school graduate could literally walk out the door and immediately find employment in a factory, or in construction, as a truck driver, or in many other occupations.  Opportunities for advancement and more highly-skilled employment were ample.  The nation was going to the Moon.  Nuclear Power plants were being built.  Dams and water projects were under construction.  Manufacturing was expanding.  The nation was progressing upward.  Today, those opportunities no longer exist.

The current crisis in “youth culture” has obviously been greatly exacerbated by the nightmarish decline in our public school systems.  The woke ideology, “green” propaganda, anti-Americanism and “gender fluidity” are all a Satanic component of the problem.  But it is crucial to recognize that they are not the root cause.  One problem—a very grievous one—is the lack of qualified teachers.  Most who are now “teaching” our school-children are products of a dismal education, and are themselves active participants within a worsening national culture.  If we recruit young teachers out of a cultural swamp, we should not act surprised at what they do in the classroom.   They merely impart their own debased existentialism upon their captive audience.

Far more important, it is critical to recognize that a system of nation-wide public education does not function in the absence of a technologically progressive economy.  Acknowledging this is of paramount importance.  First off, in a non-productive economy, the funding doesn’t exist to sustain a decent educational system.  Additionally, one must ask the question:  “Education for What?”  If the future of these children is to be Starbucks baristas or Uber drivers or porn star wannabees, what is the purpose of 12, much less 16 years of education?  Where are the productive employment opportunities and the scientific challenges to inspire the imaginations of our youth?  The stark reality is that schools today serve mainly as demoralizing daycare centers for children and teenagers, as both parents work full-time in order to make the rent or mortgage payments.

Bold action is required.  At the time that President Kennedy announced that he was committing America to a manned landing on the Moon, he also made several initiatives in regard to education.  Requirements were established for the teaching of science, including biology, chemistry and physics, in every school in the nation.  Simultaneously, federal grants were issued to create even more advanced scientific programs, beyond the basic curriculum.  Additionally, funding was made available to recruit qualified students into various scientific projects, as a sort of “junior participation” in the work of NASA itself.  It is important to note that at the time of the Apollo 11 landing on the Moon, the average age of NASA engineers and technicians was below 25.

Kennedy’s science policy was exemplary.  Today, however, much more will be required if we are to reverse 40 years of educational collapse.  The requirements are staggering.  In that regard, it is necessary to combine what Kennedy did with certain initiatives of President Franklin Roosevelt, and from there craft an approach which will solve the nation’s current and massive skilled and semi-skilled labor shortage, a shortage which could significantly sabotage a national recovery program.

In the recent Report by Brian Lantz, one of the proposals he makes is to establish what he calls a “Space CCC” nationwide program, for the purpose of training millions of teenagers and young adults in productive employment.  The name CCC is taken from the Roosevelt-era Civilian Conservation Corps, which from 1933 to 1942 employed and trained more than 3 million young men, between the ages of 17 and 28, in 2,600 individual camps.

For today’s needs, a Space CCC would begin with an initial enrollment of 1 million and expand from there year-by-year, with probably a minimum of 5,000 “campuses” established, including in our nation’s largest cities.  The term “Space CCC” indicates that the orientation of the education and training provided will be such as to qualify the graduates for participation into Project Artemis and the rapidly unfolding “space economy” of the 21st century.  However, if one looks at the manufacturing and energy projects necessary to rebuild America’s productive economy, the need for qualified personnel in steel and aluminum production, nuclear power, water development and many other components of an expanding economy will ensure that youth who pass through the CCC program will have ample opportunities for employment.

Be very clear, this is not a ditch-digging “jobs” program.  Rather, it will qualify youth for technologically advanced employment in primarily private-sector industrial, energy and related enterprises.  At the same time, as cities are rebuilt, as the conditions of life improve, and as the citizens of the nation begin to participate in the exploration and settlement of our Solar System, optimism spreads.  A new purpose, a new Mission comes into focus.

We need young minds who will be recruited into projects such as the building and deployment of Small Modular Nuclear Reactors, or, more challenging, the near-term accomplishment of commercial Fusion energy.  Such endeavors will contribute to the future of the Republic.  But, even more important, it will give their lives purpose.  At some future date, pointing to a Fusion Reactor or a nuclear-powered spacecraft, a retired worker will be able to say to his or her grandchildren, “I built that.”

Back to the Family

It is within a loving family environment that moral and civic virtues are instilled in the children.  But how is this possible if both husband and wife are working a 40 hour per week job, not to mention untold hours in commuting to that job?  Often, the dynamic is even worse, when to make ends meet, one of the parents is also working a second full-time or part-time job.  Single-parent families struggle under an even greater burden.

From 1945 to 1970, the societal norm in the United States was the “single-income” household, with one parent—at that time usually the wife—responsible full time for the supervision and upbringing of the children.  I repeat, this was the NORM, with the qualification that in some lower-income families the wife might take on a part-time job (or in many cases it was the husband who worked 1½ jobs).  This approach, allowing a parent to devote the care and time needed to supervise the upbringing of the children, is critically important to the reproduction of a healthy culture.  There is no substitute for it.

In 2022, economic and employment reality, except for the top 1 to 5 percent of the population, makes the single-income household impossible.  Today, while both parents work and commute full-time, most children are raised in daycare centers, almost from infancy, and then shunted into the public education system, whose employees, with various questionable degrees in “education” and “psychology”—including countless numbers of “health” officials and “counselors”— become the actual surrogate parents.  They raise the children.

This is a recipe for the very cultural disaster we are witnessing today.  The obvious question is “How do we reverse this?”  Clearly, the public school systems themselves need radical changes.  But there is also the indispensable role of the parents.  How is it possible to re-create the single-income household?

Two points must be made about the economics of all of this.  First, between 1945 and 1970, in most American cities 30 to 40 percent—or higher—of the workforce was employed in manufacturing.  This was also the era when we were building dams, water projects and nuclear power plants, and were preparing to go the Moon.  Most of this employment was blue-collar and the majority of it was high-wage, a wage sufficient to support all the members of a family.  The second point to be made is that those decades pre-dated the hyper-inflationary pressures that resulted from the post-1971 “financialization” of the economy.  The astronomical cost of housing, gasoline and food that we see today has nothing to do with the actual cost of production (i.e., what the house and other commodities are actually worth); it is a product of the non-stop printing presses of the Federal Reserve, which pumps billions of new dollars into the megabanks to prop up various speculative asset bubbles.  Housing and food are now simply part of the financial casino.

The lesson of all of this, is that there is no possibility of restoring and encouraging the role of productive family life if the Federal Reserve continues to run our economic and banking system.  Both productive employment and rational financial policy must be restored.  Saving our children and grandchildren can not be done under this collapsing imperial system of money.

Now, conceive of a different future, one where millions of discarded youth are recruited into a Space CCC program, where they find employment opportunities within the explosive growth of the productive economy, where increasing numbers join the effort for space exploration and colonization, and where even the worst of our major cities begin to be rebuilt and revitalized.  This is a world with a different trajectory.  It is a world where reality is no longer a prison but an opportunity to be embraced.  It is a world where marriage and family formation becomes not a burden but a joy.

This is what a sovereign National Banking System can re-create.  This is what was once called the American Dream.