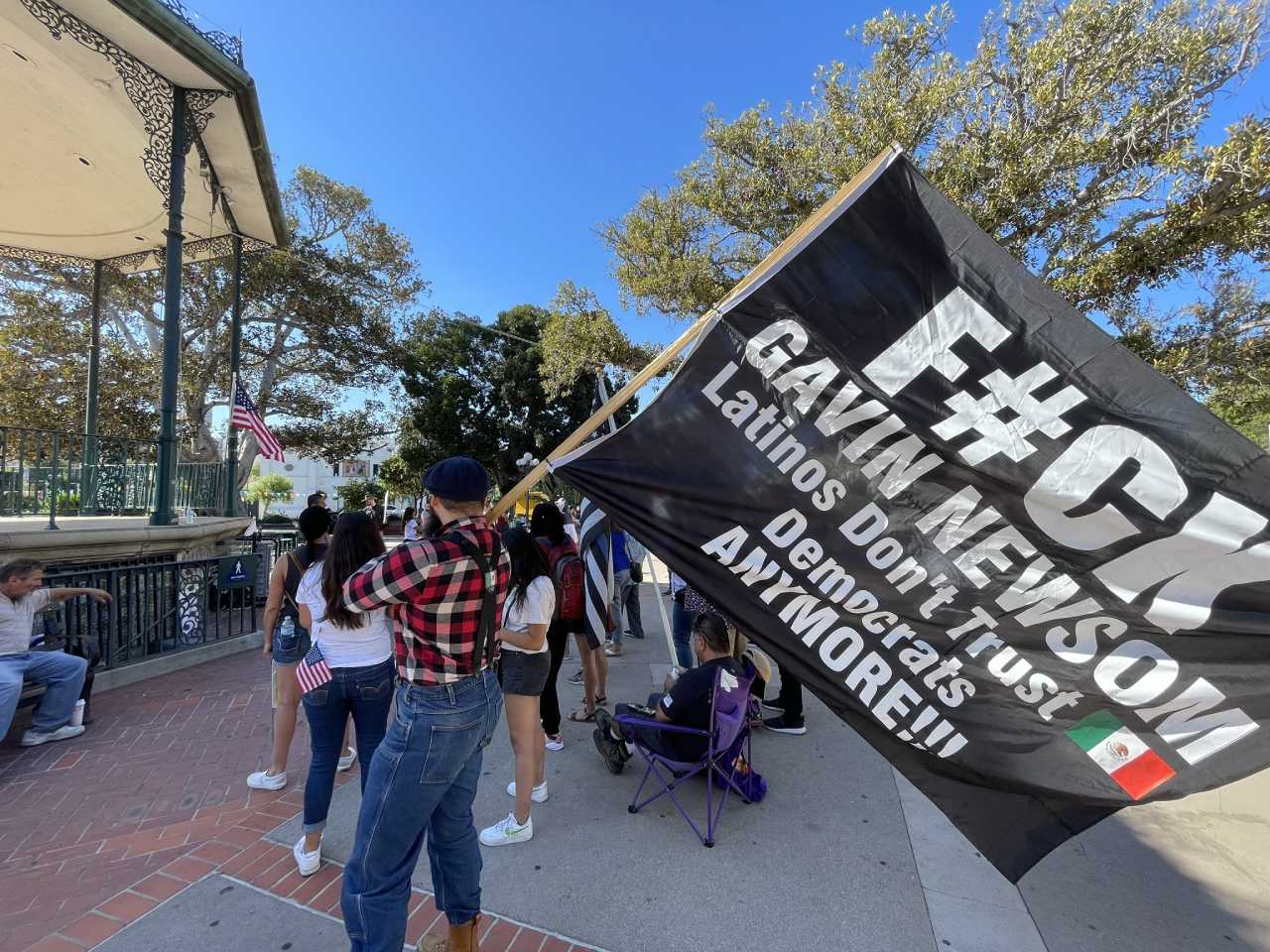 A group of Latinos have gathered at downtown Los Angeles for a “recall Gavin Newsom” event. Election is Tuesday, and is proving to be a massive turnout! @InformedAnthony https://twitter.com/InformedAnthony/status/1436825690410663936

During the last two weeks the entire Democratic war machine and millions of dollars had to be brought into California to save Gavin Newsom.  But the grassroots army which mobilized the recall battle against him has already begun to win the war, by uniting a force bridging all parties, races, and creeds against the divisive identity politics insanity which has characterized the state.  This is despite what appears to be massive fraud in Tuesday’s recall vote. In attempting to rescue the vacant pretty boy Governor, who was losing as of two weeks ago, the enemy has showed its entire hand and it is a losing one.

Preliminary reports from the state indicate that it is highly probable that the drug dependent, the homeless, thousands of the impoverished, dependent on handouts from the state, were threatened and herded in droves to vote by mail for Newsom, along with the dead.  Those who showed up to vote in person for the recall were told, in large numbers, that they had already voted by mail.  We will follow and report on these developments over the coming days but that is not our major emphasis now.

Even the fraud skewed map of the vote shows a totally divided population with about half of the counties in the state voting overwhelmingly for the recall.  The cities and counties along the coast, those who out of fear, ignorance, and outright craziness continue to tolerate their own destruction, voted against.

This battle has revealed huge cracks in the Democratic edifice in California and, like Belshazzar, those who are sentient see the writing on the wall.  Despite Democratic victory laps and claps, the state is up for the taking through the emergency coalition of the sane. You cannot destroy everything you touch as Gavin Newsom has without reality paying you back.

California is on fire because of Democratic myths about nature, and they are doubling down on the myths. The state is being turned rapidly into a modern desert because of Democratic myths about science and water management, and they are doubling down on the myths.  Instead of employing nuclear and other advanced power sources, they are employing more and more wind and solar and the idea of continuous access to electricity is becoming a thing of the past.  The homeless, the massive number of drug-addicted, the mentally ill, the huge mass of children who can neither read or write, a deliberately created crime wave threatening anyone and everyone, this is the reality which they have created and for which they have no solutions.

According to national accounts and analysis appearing Wednesday, Newsom’s strategy centered on mobilizing fear around COVID and support of his implementation of mask and vaccine mandates, in targeted hysteria campaigns directed at Hispanics, seniors, youth, and other minority populations.  It is highly possible that Biden announced his own illegal mandates in coordination with Newsom’s pollsters and ad campaigns.   The same stories report that Newsom is promoting this strategy for the midterms, one year from now, and Biden’s people are nodding, in return that this is a “winning” strategy.

Ignored in this “strategy” is the growing revolt across the population as science finally catches up with the toxic, emergency decree, fascist politics which have characterized the nation’s COVID response. Instead of saving lives, thousands have died unnecessarily because of these policies.

Hispanics and other minorities died in huge and disproportionate numbers from COVID because of California’s fascist managed care health care economics and Newsom’s COVID policies.  As it becomes clearer that vaccine protections are waning and as COVID itself becomes normalized, like the flu, the ability to mobilize popular hysteria will fade, allowing the grim actual story to be told.

We intend to further break the Democratic coalition by pulling the working- and middle-class base away from the elites who would kill them.  What we found in our mobilization in support of the recall is the huge number of activated recent “former Democrats” and independents in the state who are in open rebellion against Newsom and the pronouncements of the Biden collective. That is why Newsom sought to brainwash everyone by calling it a “Republican” recall.

To do this, we will flood the state with the only solutions which will work now to solve the problems facing California and the nation, solutions based on the American System economics, science, and cultural policies of Lyndon LaRouche. The receptiveness we have found in California for these policies represents a flank which our enemy could never anticipate.