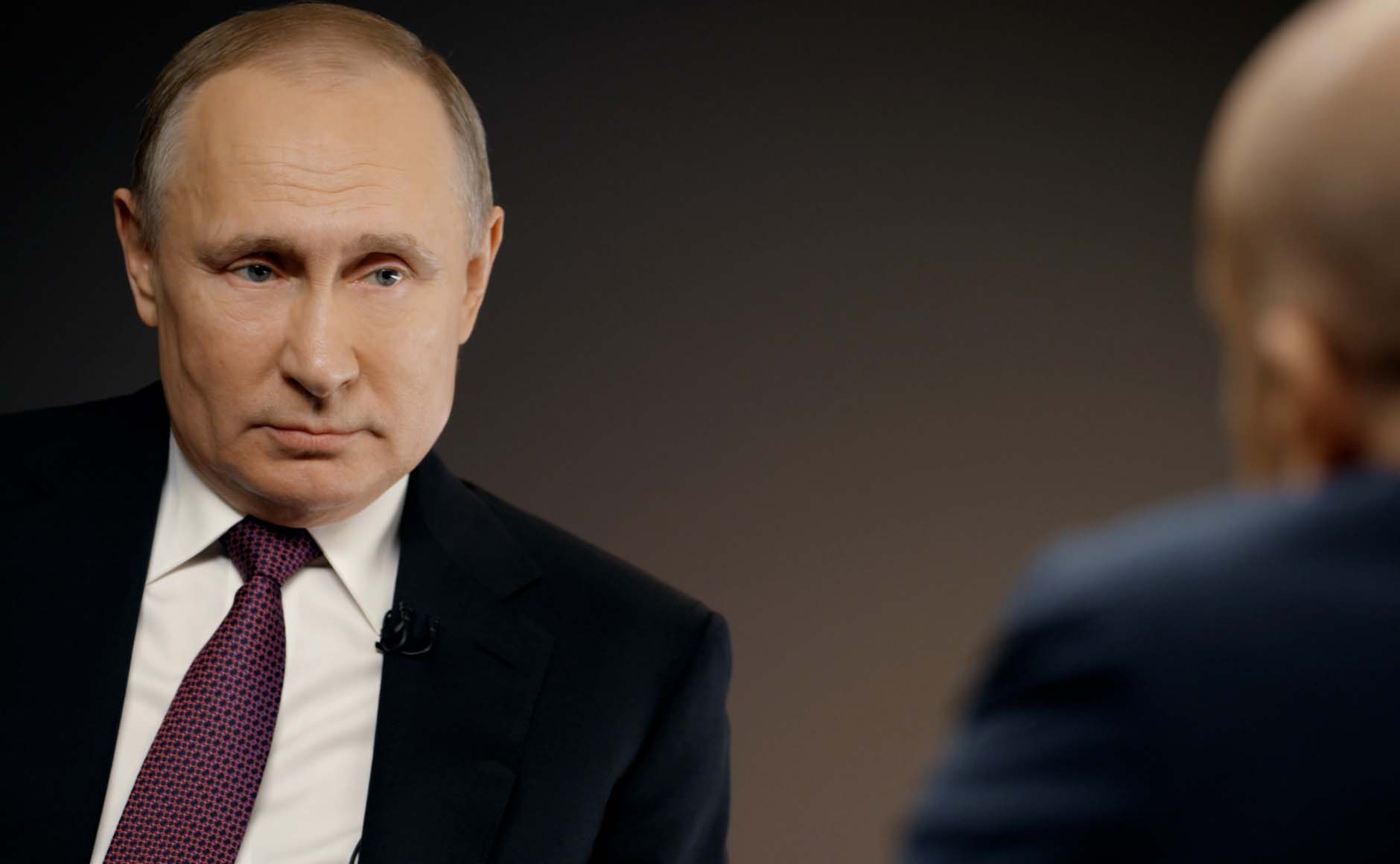 Once again, there is a mad hue and cry from the British establishment and amongst their Tory traitors in the United States claiming that Russian President Vladimir Putin is about to enter a military conflict with Ukraine and the United States and NATO must step in to support Ukraine at all costs, inclusive of war, if necessary. The madness is based on claims that Russia has stationed 100,000 troops on its border with Ukraine. There have been continuous provocations for years now over the joint British/American delusion that they can place a hostile vassal state on Russia’s border for purposes of continuous harassment, with Ukraine formally or informally joining the NATO alliance.

To set the context, go back to 2014 when Barack Obama, Joe Biden, and Victoria Nuland at the State Department, operating through the National Endowment for Democracy, George Soros, and the CIA and MI6, spent billions fomenting a coup d’état, a bloody color revolution which overthrew Ukraine’s elected president, Victor Yanukovych. As with most of their full-spectrum information warfare PR lies, MI6 and the CIA named this atrocity “The Revolution of Dignity.” To fulfill their dream of an expanded NATO finally overthrowing the sovereign Russian government, they installed neo-Nazis formally in the Ukrainian government and proceeded to launch an ethnic cleansing campaign in the eastern Donbass region of Ukraine, an area which has deep historical and cultural ties to Russia. Needless to say, the citizens of the Donbass resisted, and the conflict remains ongoing with estimates of 14,000 killed to date.

The U.S. defense industry, led by Raytheon and other defense contractors authorized by Congress to provide lethal aid to Ukraine, have profited enormously from this conflict. Biden’s woke Chairman of the Joint Chiefs, Gen. Mark Milley, is said to have made more than $1 million selling his Raytheon stock prior to taking the Joint Chiefs post under President Donald Trump. Biden became Obama’s personal viceroy for Ukraine, directing, in many respects, major aspects of the post-coup government. It was Biden’s effort to frustrate Russian energy interests in Ukraine which was at the center of Hunter Biden’s lucrative graft from the Burisma gas company. When Donald Trump told Congress to effectively fly a kite regarding further lethal arms supplies to this conflict and requested cooperation from Ukraine in investigating Ukrainian intelligence’s role in Russiagate and Biden’s corruption, he hit a third rail in the U.S. National Security state. From their standpoint, Trump’s first impeachment trial was not so much about Biden’s corruption involving Burisma; it was much more about covering up the roles of various Obama officials, and Democratic and Republican members of Congress, in installing Nazis on Russia’s border while using their full-spectrum information warfare techniques honed in the Ukraine conflict for their ongoing war to remove the duly elected 45th President of the United States. LaRouche PAC covered this background in depth during President Trump’s first impeachment trial.

The U.S. open alliance with neo-Nazis continues under Biden as the Grayzone has continued to focus on this issue https://thegrayzone.com/2021/04/29/ukrainian-ultranationalist-lobby-biden-russia/, https://thegrayzone.com/2021/04/29/ukrainian-ultranationalist-lobby-biden-russia/ https://thegrayzone.com/2020/07/20/ukrainian-think-tank-neo-nazi-racist-violence/, and Congress is considering again, as part of the National Defense Authorization Act scheduled to be taken up next week, stationing NATO troops and advisors in Ukraine while increasing the flow of military armaments. The same Atlantic Council, State Department officials, and Republican and Democrat Members of Congress (centered in the House and Senate Ukraine caucuses)—who escaped exposure and punishment for their role in the original Ukraine coup and in the coup against the 45th President of the United States—now hold forth on the absolute necessity of combatting what they call “Russian aggression.” https://www.atlanticcouncil.org/blogs/ukrainealert/how-to-deter-russia-now/ To cite but one example, Victoria Nuland is now installed as the Assistant Secretary of State for Political Affairs, after playing a significant role in shopping around Washington the fake British Christopher Steele dirty dossier about Donald Trump.

The result of this violent insanity? Ukraine, once an accomplished technological and scientific power, is now Europe’s poorest nation. As President Trump commented, the country is corrupt and there is no U.S. national interest in waging war there. There were hopeful signs when Russia and the Normandy Four entered into the Minsk agreements to resolve the Donbass civil war, but that hope has dissipated due to constant Ukrainian violations of its terms amid British pressure to keep its utopian obsession against Russia alive. It is noteworthy that the British government’s new “Global Britain” defense strategy declares Russia still the most direct threat to the United Kingdom, presenting China as a “systemic challenge.”  That, however, has not kept the British crown and the same U.S. war merchants from numerous new provocations of China concerning Taiwan. https://www.atlanticcouncil.org/in-depth-research-reports/issue-brief/global-britain-an-american-review/ When the current president of Ukraine, Volodymyr Zelensky, was elected in 2019, over the chocolate oligarch and Biden favorite Petro Poroshenko, there was also hope in the population that the reign of Ukraine’s corrupt oligarchs, supported by multiple foreign intelligence interests, would come to an end. But Zelensky, on November 26, inflamed the current war fever by announcing that Ukrainian intelligence had uncovered a Russian plot to stage a coup against him and had tried to enlist in the plan Ukraine’s richest oligarch, Rinat Akhmetov. Internally, the local elections in Ukraine in November 2020 reflected massive drops of support for Zelensky and his party, based on the government’s failure to deliver economic progress but also on Anglo-American irritation concerning Zelensky’s efforts to negotiate peace with Russia. https://www.wilsoncenter.org/blog-post/zelensky-servant-people-experience-major-setback-ukraine-local-elections Zelensky has singled out Akhmetov in his recent campaign against the oligarchs, sponsoring legislation, supported by oligarchs more favorable to NATO, which would deprive Akhmetov of his media properties amidst a campaign of outright government censorship. On November 2, it was announced that Dmytro Yarosh, the infamous Banderist neo-Nazi who led the genocide in the Donbass, was assuming the position of Defense Advisor to the commander in chief of the Ukrainian Armed Forces. Biden National Security Advisor Jake Sullivan assured the Ukrainian government on November 26 that it had “ironclad” support from Biden.

To be clear, most of those observing the situation calmly state that Putin means what he says and is not intent on starting a new conflict in Ukraine. To be otherwise clear, anyone in the Republican Party or MAGA supporting this madness is unqualified for political office. What we should focus on now is exposing and eliminating the Tory British imperial cancer at the center of U.S. foreign policy, the adherence to the oligarchy’s globalist empire policed by sacrificing the men and women of our nation.