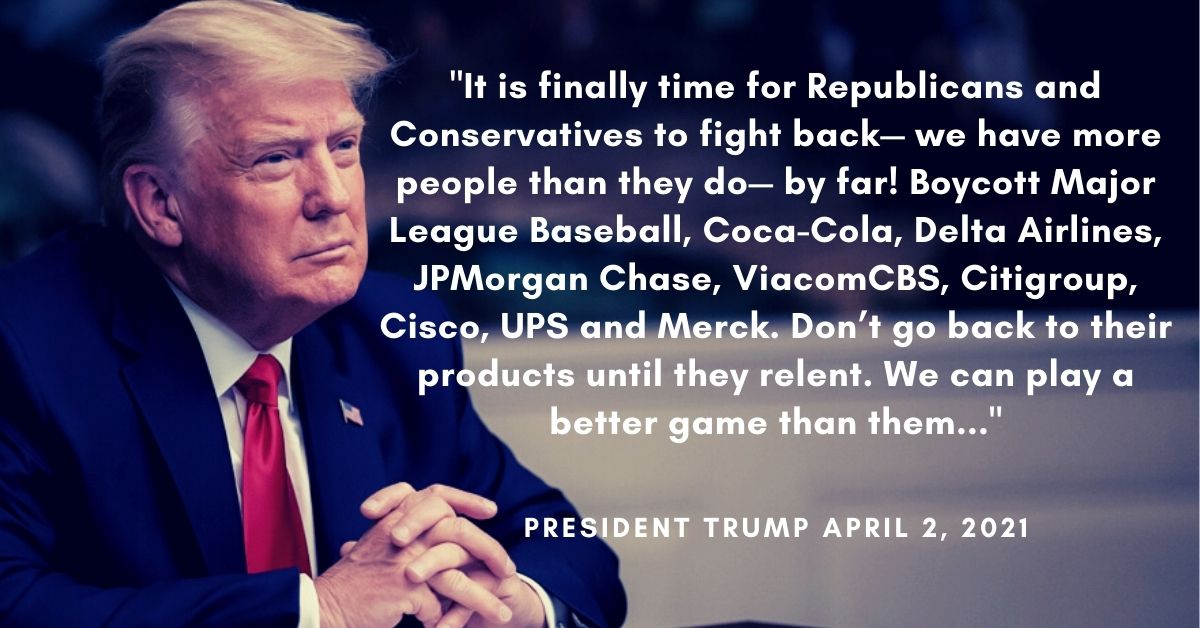 Below we outline significant things you should know about the boycott’s targets. We invite you to expand our thumbnails by doing research of your own. Right after each thumbnail, we offer suggestions as to ways you can participate with raucous good humor at the expense of these very woke and very fascist companies. As always, you may be able to think of even more fun ways to ridicule these cretins.

Who Are the Dirty Nine and What Is Behind Them? 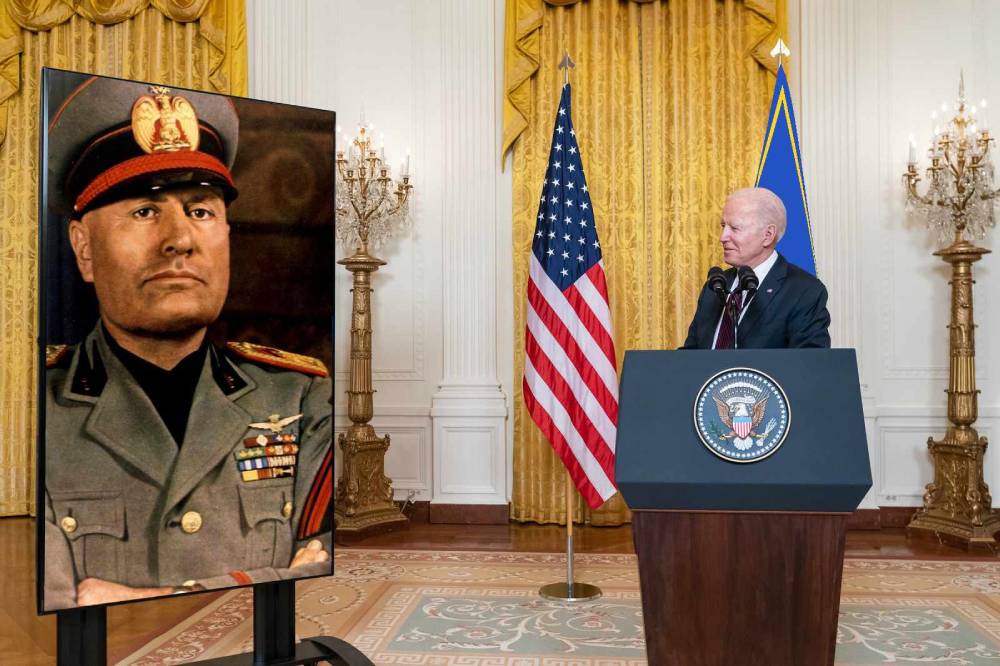 30,000 Foot Observation: What we are seeing now in the United States is the emergence of a new fascism modeled explicitly on the old fascism of Benito Mussolini. Corporations, unions, and state power were married by Mussolini in order to totally change extant society under an oligarchical model and a synthetically created ideology. In our time, that ideology is climate apocalypse accompanied by Critical Theory and Identity politics peddled to the masses by the banking and corporate elites.

Mussolini, a British project, was amply supported here in the United States by the Wall Street Morgan and Harriman interests, and heralded on the pages of Time Magazine. He sought explicitly to revive the Roman Empire model of human slavery for the unprivileged classes. This is what the Biden/World Economic Forum Great Reset is all about today—driving the United States fully back into a feudal communitarian existence, destroying any remnant of the uniquely American Revolution, and culling and killing populations here and world-wide in order to cement imperial rule under conditions of the collapse of the financial system put into place in August 1971. 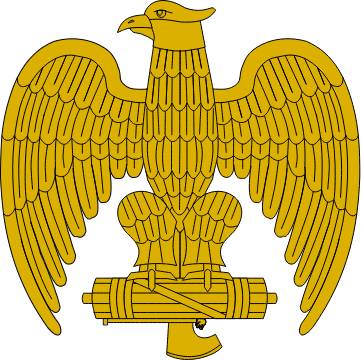 The symbol used by Mussolini’s fascists was the fasces, variously inscribed on flags or clutched by a perched Eagle. Fasces, a bundle of sticks suitable for flogging, with an axe protruding from the bundle, was the Roman symbol of judicial and political power and in Mussolini’s usage amounted to a portable flogging and execution kit.

President’s Trump’s boycott call picks very dirty companies and MLB from some 200 woke cancel culture corporate denizens proclaiming outrage about Georgia’s attempt to undertake fundamental ballot security. You can find the full list here. https://www.civicalliance.com/votingaccess/ This “outrage” is about to spread to any other state undertaking reasonable ballot security legislation.

The Civic Alliance, which started implementing the woke boycott against Georgia, is a joint project of something called the CAA Foundation and Democracy Works. The CAA Foundation is the Hollywood and major sports/entertainment complex funding woke causes since 1995, but mobilized totally since 2016 to defeat Donald Trump in 2020. Its Amplify Initiative of 2018 was aimed at bringing together “leaders” of entertainment, sports, media, tech, and social justice organizations feeding off a $1 million grant from the Deep State’s very own Ford Foundation, to mobilize voter turnout.

Democracy Works is a foundation funded by state and Federal Government grants shepherded by election officials, along with private donors associated with the Democracy Alliance—the billionaire’s club which funded the coup against Donald Trump. Democracy Works appears to have a major money stake in vote-by-mail systems.

President Trump’s dirty nine exemplify the adage about those who live in glass houses not throwing stones. A look at their histories might raise the question whether the President learned something while at the White House about these companies which the rest of us are not allowed to know and he is not allowed to disclose. Here is just some of that history. Enthusiasts for this cause, including, hopefully, you, can fill these thumbnails out even further. Below each thumbnail we add some beginning thoughts about how to implement and spread the boycott.

Coca-Cola. Presently and since World War II, Woka-Cola does most of its business overseas. In fact, the U.S. government financed the building of Coke bottling plants throughout the world during World War II, and the company’s close relationship to the Rockefellers and the Trilateral Commission throughout the 1970s and 1980s fed very well-informed speculation that it operated internationally on behalf of the CIA while peddling its sodas. Coca-Cola was originally invented by the Confederate Colonel John Pemberton who was addicted to morphine—the original syrup was composed of cocaine and caffeine. Since 1903 it is made with “spent” coca leaves yielding only trace amounts of cocaine.

J. Paul Austin, Coke’s president in the 1970s and 1980s, was a David Rockefeller crony, member of the Trilateral Commission, and director of the Rand Corporation. Austin personally sponsored Jimmy Carter’s political rise, resulting in that disastrous presidency in which the off-shoring of the United States’ economic foundations and the crushing of its industrial base were implemented. Mexico’s former President Vincente Fox is a former Coke executive who played a major role in the creation of the Narco parallel state currently operating south of our former border.

More recently, Coke sold contaminated carbon dioxide product in Belgium, mold contaminated product in Poland, was sued by more than 2,000 African-American employees for racial discrimination in the workplace (following boycotts in South Africa for the company’s overt support of Apartheid), has been associated with the killings of unionizing employees in Colombia and Guatemala, and has been tagged for “channel-stuffing” in order to inflate profits. https://harbert.auburn.edu/binaries/documents/center-for-ethical-organizational-cultures/cases/coca-cola.pdf

Having Fun Boycotting: Drink water, you will be a lot healthier. If you go to a restaurant which serves only coke, explain to the manager why this is a fascist company. Make yourself a sticker saying: Woke-Coke is part of JoeBama’s fascist plot to take over this country; it’s like Mussolini. Include on your sticker one or two of the fascist symbols above. Ask the manager in any location only serving Coke whether you can put your sticker on the soda machine.

Delta Airlines. Currently the No. 1 U.S. Airline, Delta placed its employees in uniforms which were treated with toxic chemicals resulting in a class action lawsuit after many suffered major health crises. The uniforms were purchased from Lands’ End. https://www.cnn.com/2020/01/30/business/delta-uniforms/index.html

Having Fun Boycotting: Take a different airline, but make sure they haven’t joined in the Mussolini woke crusade.

JPMorgan Chase. Where to start. In his annual letter to shareholders, CEO Jamie Dimon predicts a huge U.S. economic surge (at least until 2023) based on JoeBama’s jobs/infrastructure package and his fascist alliance of corporations, unions, and the state all acting on behalf of “social justice.” Playing to type, Dimon’s first public appearance after heart surgery last year featured him taking a knee in front of a huge bank vault. That picture, replayed now, should remind everyone just where all this stimulus will end up, just like 2008. https://nypost.com/2020/06/05/mending-jpm-chief-drops-into-mt-kisco-chase-branch/ JPMorgan and the Rockefeller’s Chase Bank are notorious British Tory agents with a long history of subversion against the founders’ United States. They were behind an attempted coup against President Franklin Roosevelt while simultaneously funding Mussolini and Hitler as preferred alternatives. More recently, the bank paid $24 million to settle a racial discrimination lawsuit brought by its African-American managers. Are you starting to see a pattern here?

Having Fun Boycotting: Get your money out of there. There are lots of credit unions and community banks which will treat you better. Get some friends and go to the local JPMorgan Chase branch for a couple of hours. Use this thumbnail to make a leaflet to hand out to people—make sure to adapt the short slogan outlined above: JPMorgan Chase is part of JoeBama’s fascist plot to take over this country; it’s like Mussolini. Include one or two of the fascist symbols above.

Citigroup. The home to the original Rockefeller Standard Oil fortune, Citibank along with Chase (with Morgan, as always, pulling the strings in the background) played a crucial role in the 1974-75 imposition of a bankers’ dictatorship over New York City in which the city’s minority population was virtually redlined out of existence through shutdowns in services and outright targeted arson in certain neighborhoods. Citi was forced by New York’s attorney general to settle usury charges because of exorbitant interest charged at that time on loans. It was the major banker to South Africa’s apartheid regime, enslaved numerous developing countries in debt traps, and has been caught numerous times over the years in drug money and other criminal money laundering. This enterprise was bailed out by JoeBama in 2008 at taxpayers’ expense when it should have been put into bankruptcy.

Having Fun Boycotting: Same tactics outlined for JPMorgan Chase above.

Cisco. Edward Snowden documented how the National Security Agency installed backdoors in Cisco routers which were then sold to the world. Cisco itself is on the hook to the U.S. government for millions for selling completely hackable components to the government. Other than that, Cisco is being sued by California, accused of caste bias discrimination against an Indian employee.

Having Fun Boycotting: Just don’t buy their products, any of them, and make sure your employer is not doing so also. If your company is currently using Cisco products, fill out the profile above and send it back to Cisco as the reason for cancelling their products.

Viacom-CBS. Viacom used to be separate from CBS and heavily targeted teens and young people through shows and ventures which performed effective menticide. MTV and Viacom’s heavy portfolio of video gaming is an example. CBS is CBS, exploding in recent years with sex scandals galore and very bad and very biased reporting—e.g., the recent hit job by 60 Minutes on Ron DeSantis. CBS was critical in the CIA’s original Congress of Cultural Freedom, Operation Mockingbird mass propaganda assaults on the American people so its recent antics are no surprise.

Having Fun Boycotting: Just don’t watch and organize your friends and family to do the same. There are lots of classical movies, operas, performances of Shakespeare, and performances of fine music out there. The Internet’s science and educational productions on YouTube are much better for the mind. Books on history, philosophy, science, great dramas, poems, and fiction await.

UPS. UPS is in an intense competition with FedEx, Amazon, and others, and in the United States, the U.S. Postal Service for package delivery. Its world headquarters is in the Atlanta suburbs. It was been wholly onboard with the green corporate agenda for years. In the meantime, it treats its workers miserably across all racial lines and has been sued at various U.S. locations for racial discrimination.

Having Fun Boycotting: Buy your stuff from local merchants who aren’t woke, and use the U.S. Postal Service for packages.

Merck. Originally founded in Germany and centered on marketing morphine, cocaine, and codeine, Merck’s U.S. operations are now part of Big Pharma. They have a very checkered record. Merck is the world’s second largest vaccine maker. But Vioxx, and other drugs under its patents, resulted in major side effects producing a mountain of litigation and health damage. Its business practices have garnered the attention of the IRS and prosecutors of healthcare fraud in the millions of dollars. https://www.drugwatch.com/manufacturers/merck/

Having Fun Boycotting. If your doctor has you on one of their drugs, see if he or she can get you an alternative and tell them why you are doing this. Word will get back.

Major League Baseball. Just make them pay, don’t watch. Make sure you write a letter to your local team telling them why, and organize others to do the same.