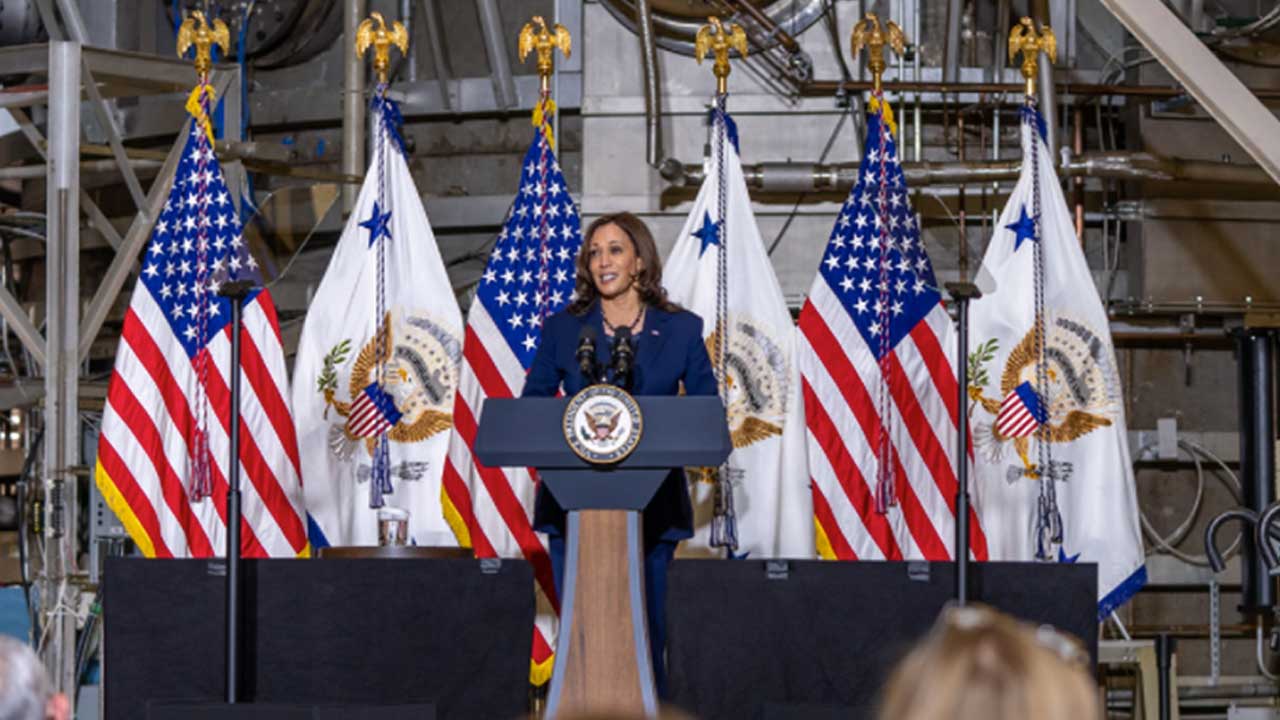 The genocidal environmentalists of the Biden administration are trying to turn the Space Program into an appendage of the global surveillance state under the guise of fighting climate change. They don’t want America to send humans back to the moon, or even to the space station; they want to use the space program to monitor and punish countries, industries, and people that emit “too much” carbon dioxide, methane, or anything else related to improving the standard of living.

During a visit to the Goddard Space Center on November 5th, NASA Administrator Bill Nelson announced the intention to create a Mission Control center for “climate change,” claiming, “When it comes to climate change, failure is not an option.” Vice President Kamala Harris chimed in: “Climate change is an existential threat, and we must take immediate action to address it.”

The Biden administration has already made it clear they consider patriotic Americans who work in blue-collar industrial and farming jobs to be more dangerous than Al Qaeda. Since these are the types of jobs that produce the most greenhouse gases, and the radical ideologues of the administration consider climate change an “existential threat,” why wouldn’t they want to remotely monitor your cow farm’s emissions (without a warrant, of course) to see whether or not you’re a “climate violator”?

It is only a matter of time until one of these idiots thinks they’ve scared everyone enough to claim that human space launches themselves are speeding up the “climate crisis.” After all, how many greenhouse gases are released by burning 3,200 lbs of fuel and liquid oxygen per second, to send four people up to low earth orbit? Since roads, bridges, fossil fuels, and even names of nebulae are now “racist” and tools of “white supremacy,” why not the human space program itself?

Placing such an ideological tailspin on the greatest driver of human progress, NASA, will destroy this institution and transform it into an appendage of “woke” dictatorship and “green” population reduction.

Following up on this announcement of evil sabotage, on November 9th, NASA Administrator Nelson offered up some lame excuses and phony cover stories to “explain” why President Trump’s Artemis Mission, to return to the moon by 2024 with the first woman and next man, could no longer move forward on schedule.

Let’s be clear: this is not really about whether or not a narcissist like Jeff Bezos is suing NASA over access to their contract with SpaceX, and it’s not about technical issues with designing a new space suit. It’s about ulterior motives. Nelson admitted this when he said during the November 9th meeting: “The Trump administration’s target of a 2024 human landing was not grounded in technical feasibility.”

Can you imagine that, after Kennedy announced our nation’s commitment to land a man on the moon and return him safely to earth before the decade was out, in the midst of the space race, someone could claim that that mission could not be accomplished because it was not technically feasible? Because some rich guy has a lawyer? Sad and pathetic. “Not technically feasible” is not an option for real leaders with inspiring missions of scientific achievement, despite the challenges such a mission inevitably faces.

By abandoning NASA’s historic mission to push the boundaries of human progress by exploring space, these radical ideologues are condemning humanity.

Of all the inspiring national missions we have pushed through to achieve as a country, the one that stands head and shoulders above all the rest is our human space program. Human space exploration generates more advances in the standard of living than any other industry, science, or field of study. It inspires old and young alike to look beyond the confines of earth and create a better world.

But let obscene Biden’s string-pullers do their darnedest! We will not be stopped; we are going ahead regardless!