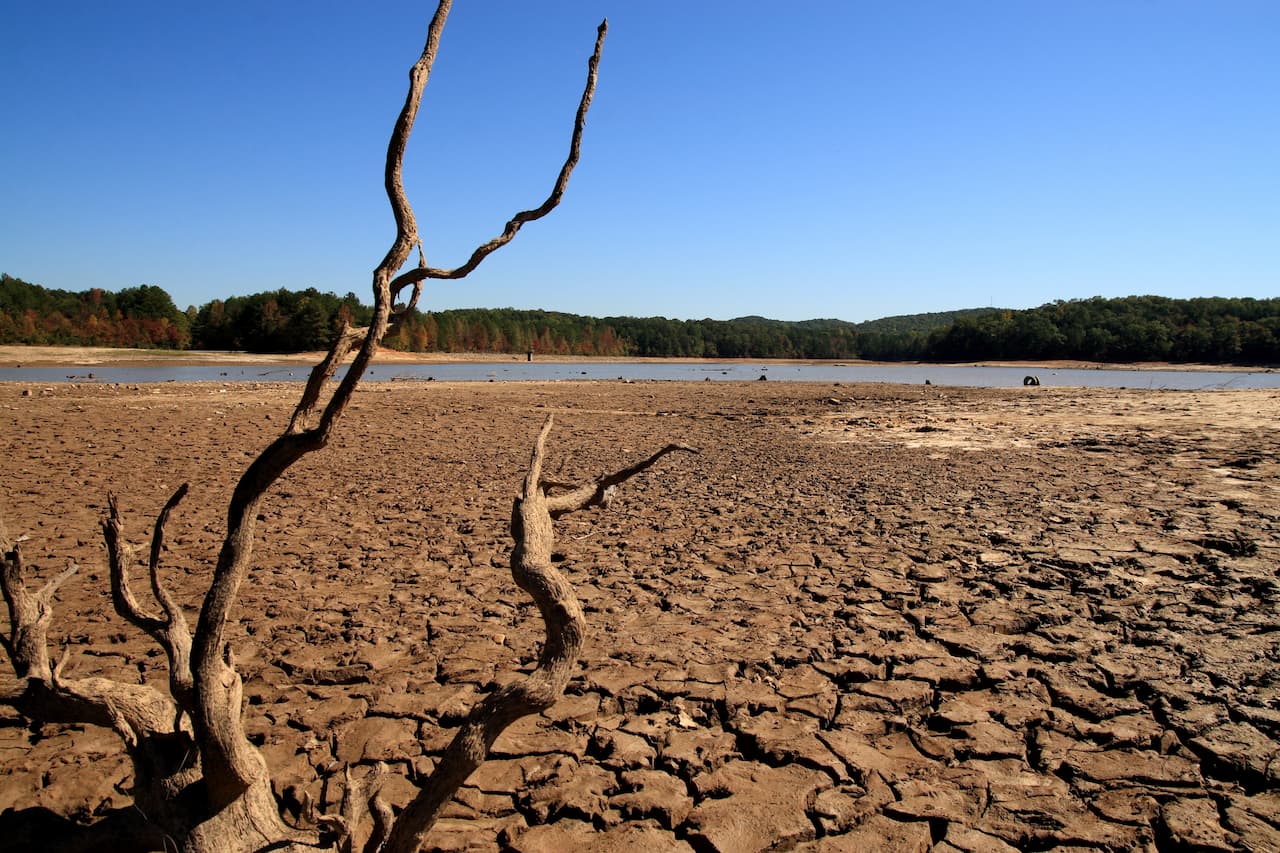 On May 2, I published on this site an article titled, “Spreading Western Drought Threatens Food and Electrical Supply.” The threat presented then is now a reality, adding additional fuel to the inflationary fire that is threatening the well-being of all Americans, except, perhaps, the billionaires. And it underlines the importance of the LaRouche PAC campaign to abolish the Federal Reserve and return the nation to national banking.

As the drought in the western states spreads eastward, now about 90 million Americans are living under conditions of drought, with about 65 million of them living in areas of “Severe” to “Extreme” Drought, mostly in the southwestern states.

A few days ago, at least 2,000 cattle deaths occurred in Kansas due to high temperatures, humidity, and low winds that made it difficult for the cows to stay cool, underlining the urgency of the crisis we now face.

If panic and hysteria have not yet been expressed by political leaders and water managers in California, and throughout the 7 state Colorado River Basin as water literally disappears from the dams and reservoirs which provide power and water to millions, it is not because those leaders and managers are exhibiting calmness under pressure.  It’s because of their determination to maintain the fundamentally unchanging policy of crisis management, rather than committing to the types of major infrastructure and energy policies and programs which could actually solve the crisis.

Solving the crisis means returning to leaders with vision and a commitment to build that which generations ahead will require. Such leadership built the great projects that we still rely upon today like the Tennessee Valley Authority, Hoover Dam, Grand Coulee Dam, and especially the magnificent California water management system. That project, built over nearly 40 years by President Franklin Roosevelt, California Governor Pat Brown, and President John Kennedy, was the last water infrastructure built in California, nearly 50 years ago. The failure to maintain, modernize, and expand this infrastructure is the reason why California is in a drought state of emergency now.

While wells are going dry for thousands of people in California, and an estimated 690,000 acres of the state's agricultural fields have already been fallowed this year, the fallowing is forecast to potentially affect hundreds of thousands of acres more. The impact of dry conditions and the subsequent land fallowing will have a serious impact on employment of farm workers and the income of farmers. One estimate is that 25,000 farm jobs will be lost and the economic damage could total $3.5 billion. Rice growers in the Sacramento River watershed, who normally plant 500,000 acres, have planted less than 200,000 acres this year.

While it is true that short-term actions are limited to crisis alleviation (as when a small town's wells go dry), with the will and intent to do so, the creation of many desalination plants in southern California could be built and delivering water in just a few years.  Even in environmentalist California, large projects can be completed very quickly. I cite the replacement of the Oroville Dam spillway in 2017, and the one-year construction time, after the final permit was obtained, for building the Carlsbad desalination plant.

In the case of the Oroville Dam spillway, which disintegrated in a near overflow of the reservoir, threatening the lives of nearly 100,000 people, the contract for the work was signed within two weeks of its destruction, and work began a few days later. Seven-day weeks and twenty-four hour days ensured that what would have taken years just for the permitting process, was completed in one year.

Some months ago, the Central Valley Project and the California State Water Project cutoff tens of thousands of farmers from taking any water out of the aqueducts and rivers and streams on multiple watersheds throughout the state.

Two weeks ago, in sweeping water curtailments stretching from Fresno to the Oregon state line, 212 public water systems in the Sacramento-San Joaquin Delta watershed have been ordered to stop pumping from rivers and streams. This has not only impacted more agricultural areas, but it also includes a 100% cut-off to San Francisco from the Hetch Hetchy aqueduct, which delivers water to the city. The city does have stored at least a year's supply, but another year or more of drought is a probability.

In California, almost weekly new restrictions on water use are announced. Recently the Metropolitan Water District of Southern California imposed mandatory rationing on six million people in the Los Angeles area, citing the complete cutoff of water which normally flows by aqueduct via the California State Water Project from the north of the state. Even deeper cutbacks are anticipated as the summer continues.

Federal officials warned that if the states cannot come to a voluntary agreement on how to share the cuts by August, then the Bureau of Reclamation will take that responsibility on itself and impose them. The states of California, Nevada, Arizona, New Mexico, Colorado and Wyoming and Utah, plus Mexico, are the ones sharing the water of the river. Tanya Trujillo, of the Interior Department warned in a speech on June 16, that unless these cuts are taken, Lakes Mead and Powell, and the Hoover and Glen Canyon dams could become inoperable as early as next year. That means water would be so low in the reservoirs that water could not be pumped to the millions who depend upon it. It also means that the electricity produced by the dams would cease.

The Colorado River is in a megadrought that began in 2000 that has reduced the two largest U.S. reservoirs, Lake Mead and Lake Powell, to less than 30 percent of their storage capacity. Hoover Dam and Glen Canyon Dam, the dams that create the reservoirs, are already producing 30 percent less electricity than when the reservoirs are full.

Last year the federal government declared a shortage on the river, which triggered delivery cuts to Arizona, Nevada, and Mexico by 20, 5 and 5 percent, respectively, commencing in January 2022.  In addition, California, Nevada, and Arizona have agreed to take 500,000 acre feet less this year and next year from the river. Now all the states must cut another 2-4 million acre feet from their allocations.

More than 40 million people in the southwest depend upon the river, its reservoirs, and dams, for their water in cities and on farms, as do millions for their electricity.

This is what happens when you have crisis managers rather than leaders who boldly build great projects preemptively to service the needs of the future.  The required new leadership would not be subservient to the Federal Reserve system of gambling and globalization, nor subservient to the insane myths of “zero carbon,” feudal green renewable energy sources, or similar destructive beliefs against human intervention into “nature.”

Provided we put our minds to electing this leadership, we can proceed with building 30 large desalination plants to deal with this and future megadroughts in California. A 50,000 acre feet per year plant was opened in Carlsbad, California in 2015. That can be the model for 30 more. And in the not too distant future, we shall build them powered by nuclear reactors.  Similarly, these leaders would champion major water management infrastructure, such as that envisioned by NAWPA, along with major research into weather modification, to address the problems now hitting the Colorado Basin.