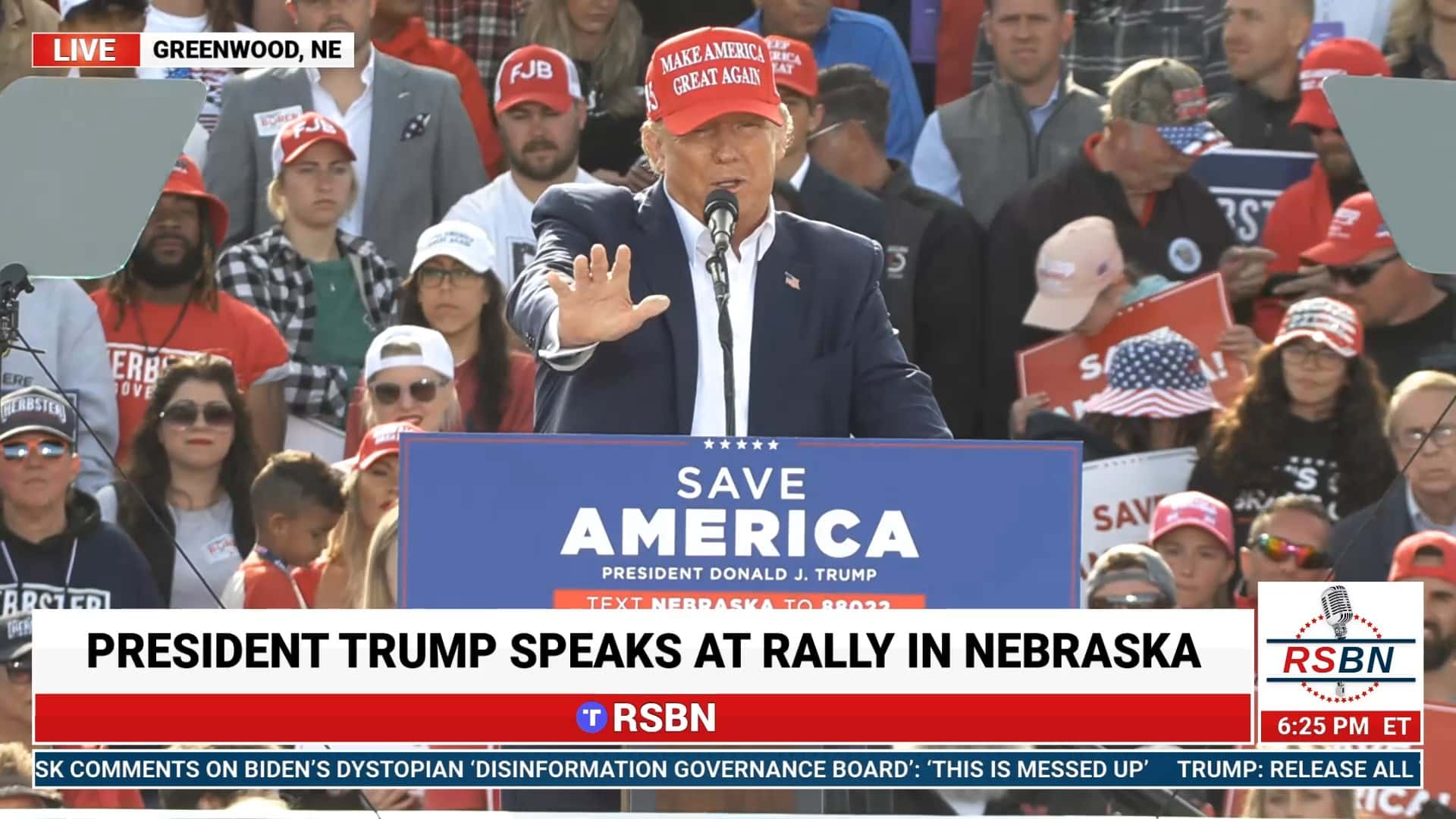 At President Trump’s recent rally in Greenwood, Nebraska on Sunday, May 1, 2022, Trump surprised many when he announced his fight for California:

“In California, I only did one rally.  I was told not to go to California (in 2016), I never saw a crowd like this, it was massive, massive. . .  They sent out millions, millions, and millions of ballots. Many people got two, three, four, five, the highest nine. . .  I don’t believe California is not a winnable state, I think with fair elections, I think it is a very winnable state. . .”

Donald Trump is right.  Ronald Reagan carried California twice in a Presidential election, and the state has a long, proud Republican heritage.  But, over the last two decades, the leadership of the California Republican Party (CAGOP) has destroyed the Republican Party in our state.  The party has been reduced to a completely impotent political corpse, with no statewide office-holders and a minuscule presence in Sacramento, the capital.  It has presented no solutions to the current crisis.  It gives no one a reason to vote for its candidates.

Even worse, the California Republican Party is now dictatorially controlled by an elite group of big-money financiers who are, in fact, in an alliance with the Democratic Party to impose a “green” agenda of depopulation, water and electricity shortages, de-industrialization and war.  The insanity has already resulted in over 500,000 people fleeing the state since 2021.

The Case of the California Republican Convention 2022

Grassroots candidates, who are fighting for solutions to save our state and nation, are now being targeted by these scumbags running the Republican party.  At the recent Republican State Convention in April 2022, the CAGOP misleadership, led by Chairwoman Jessica Patterson, acted blatantly to impose top-down dictatorial control.  A special session was held where three candidates for State Assembly were publically “un-endorsed.”   These three candidates, Gia D'Amato, Joseph Grcar and Janell Proctor, had never asked to be endorsed!  They are the only Republicans running in their Assembly Districts.  Each candidate is an independent grassroots leader, and each supports President Trump.  Why then were they “un-endorsed”?  On top of that act of political suicide, the CAGOP leadership then failed to nominate any candidates in those districts!

The three candidates, Gia D’Amato, AD52, Joe Grcar, AD 20, and Janell Proctor, AD15, immediately issued a statement which was sent to all 1,200 delegates to the CAGOP convention. From their statement:

“We believe in America and have chosen to represent our constituents instead of a political party.  We invite every candidate and constituent to join us.

“We are ready and willing to take whatever steps necessary to defend our rights to be Republican Candidates and the rights of our constituents to vote for the Candidate of their choice, not the choice of the CAGOP.

First-hand accounts were received by LaRouchePAC and TakeCABack from delegates who attended this show trial. Yes, show trial.  At the convention, there were several incidents of microphones that were cut off when candidates exposed the corruption of endorsements.  Such was the case of Jenny Rae Le Roux, Republican candidate for Governor, who exposed the “donation” by Assemblywoman Megan Dahle of $40,500, a “donation” delivered only two days before her husband, Brian Dahle, was given the endorsement by the CAGOP for Governor.

Also, Rachel Hamm, candidate for Secretary of State, had her microphone cut off while she was talking about election integrity, and as she also exposed the vote stealing going on during her endorsement process. As Rachel made clear, “there were more votes than voters.”  For those who don't know, CAGOP uses a proxy vote system, another name for the mail-in vote stealing.

If you had a real Republican Party in California, the globalist Democrats would have been finished a long time ago.  Instead, from the top of the CAGOP, down to some of the County Chairmen, the focus is not to take California back, but to control the party top-down and crush any grass roots voices. This is the anti-Trump faction out to stop President Trump in 2024!

TakeCABack has led the way since 2018.  Over the last two years, TakeCABack and LaRouche PAC have worked together through video meetings and candidate roundtables, which have been open to ALL candidates, whether Republican, Democrat or NPP.  Through the combination of grassroots candidates and activists, we are taking the actual leadership for California.  We have declared war against Paul Singer, the major funder of Kevin McCarthy; Charles Munger, the Vice Chairman of Berkshire Hathaway (Warren Buffet is the Chairman); Luis Buhler, and many other super-rich globalist financial backers of the CAGOP mis-leadership.  Kevin McCarthy’s puppet Jessica Patterson, the current chairwomen of the CAGOP, is not content just to destroy California, but she wants to become the next Republican Party National Chairwoman.

We are at a decisive moment.  We are facing the worst economic/financial crisis of our lifetime.  The speculative financial system is now bankrupt.  Oligarchical spokesmen, such as Jay Powell of the Federal Reserve, U.S. Treasury Secretary Janet Yellen, former head of the Bank of England Mark Carney, and Larry Fink of BlackRock, are determined to bail out the financial system by impoverishing the American people.  They are also determined to impose a Green Agenda of net zero carbon.  In California almost every bill in the state legislature is geared to a Green net zero carbon agenda.  The CAGOP Republican Party leadership supports this.  Most of the few remaining Republicans in the state legislature have done nothing to stop this Green Agenda.  Don't be fooled; it is not because they are a minority!  The CAGOP has done everything to deliberately let these policies of depopulation pass.  This is why California has no water management and no new construction of desalination plants or nuclear plants.

Get Active -Your Life, Your Family’s Life and the Future Depend on It!

Join us and help to build the movement of the new leadership for California;—a movement of working people, which will include Republicans, Democrats and NPP.  If we take down the CAGOP mis-leadership led by these globalists, then we can stop Newsom and Pelosi.  Sign and circulate the LPAC call for shutting down the Federal Reserve and establishing the Constitutional Third National Credit Bank.  Get active going into the June 7th primary by organizing with good grassroots candidates.  Become a poll worker. Go to the polls on election day to vote in person.  Don't go to the polls before June 7, and don't vote with a mail-in ballot.  Let us overwhelm the vote.

Let us rid California of the UniParty and of the likes of Kevin Kiley, Mark Meuser, Shawn and Michelle Steele, David Valadao, and Young Kim.  Let us create the New GOP California needs for the sake of the state, the nation and humanity.  Let us resurrect the Party of Abraham Lincoln.  California can once again become a major center for excellence in aerospace, agriculture and great water projects.  Join this fight on principle and for principles.