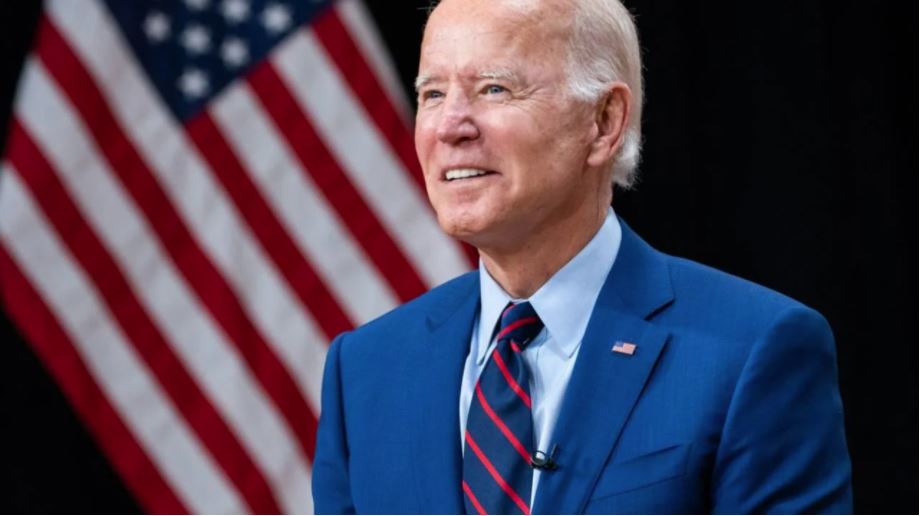 After an inaugural speech about "unity," fake president Joe Biden has signed an incredible 40 Executive Orders in his first ten days, many extremely controversial, along with a comparable number of other directives. Although the greatest number relate to the false religion of global warming--now rechristened "climate change,"--others effectively open our borders to unlimited illegal immigration. Still others mandate Critical Race Theory struggle sessions in the Federal government and our military, like the "struggle sessions" of the Chinese Cultural Revolution of 1966-76. Yet other orders dictate that female athletes in high school and college compete against (and shower with) biological boys and men. Biden's controllers even postponed President Trump's order slashing insulin prices for low-income diabetics.

On “climate,” the Democratic Platform which Biden had just run on, called for “carbon neutrality” by 2050--which was bad enough--but now, from the White House, he says his goal is one still more oppressive--to eliminate all burning of fossil fuels for US energy production by 2035! The virtual wipeout of about 10 million jobs in oil, coal, natural gas, power generation and their supporting industries, is only the most obvious of the disasters which would result. Biden’s EOs repeat ad infinitum that these jobs will be replaced by “well-paying union jobs,” but that is easily debunked. Going beyond US borders, Biden ordered US diplomats to prevent international lending for energy generation from fossil fuels. This policy, which was already partly underway, would condemn millions to death in underdeveloped countries.

Why the rush, Joe?

At just the same time that Biden was sweating it out under the Klieg lights signing all these Executive Orders, the Davos Forum billionaires’ club was meeting in a closed virtual conference Jan 25-29. Actually leading the meeting was not Davos’ nominal chairman Klaus Schwab, but Mark Carney, representing the present-day British Empire centered in the City of London and Wall Street. Carney was Governor of the Bank of England 2013-2020, and is now “UN Special Envoy for Climate Action and Finance.”

Acting as a supranational government (i.e., the world empire they represent), the Lords of Davos laid out a series of far-reaching, immediate, and non-negotiable demands, which all lesser authorities are to carry out without question worldwide. Although Davos has no use for the nation-state, some heads of national governments were nevertheless permitted to attend. Most of them, like Germany’s Angela Merkel, came in the manner of high-school students to take down their homework assignments.

Under the Davos climate ultimatums, investments in fossil fuels are to be closed out, as Biden obediently hinted in his Executive Orders. They want to subject all investments worldwide to criteria which would rule out coal, oil, and eventually nuclear and natural gas as well. These universal investment criteria, disguised as “risk assessments,” are to be set by Carney or by committees he controls. Under the fancy “scientific” jargon of “CO2 pricing” and “climate change,” they want to choke off technology itself--namely the controlled use of fire, the mother of all Man’s technologies, according to Aeschylus. We are referring to the technologies which are the basis of all industry and agriculture, not so-called “digital technology.” We mean the technologies we require to enable us to support 7 billion people on Earth today, and many more in the future.

Under the trendy nickname of “carbon pricing,” they insist on taxing every use of fire for mankind’s betterment anywhere in the world.

At the same time, under the warm and fuzzy phrase “inclusive capitalism,” they want to reintroduce the system known as “corporatism” in Mussolini’s Italy, and then brought over from Italy into Hitler’s Germany. They explain that they have adopted “inclusive capitalism” because they have suddenly realized, after half a century, that the so-called “free-market capitalism” associated with such as Milton Friedman, is unjust. Instead, they want committees uniting management, labor and consumers to run industry.

Mussolini and Hitler used this as a system of dictatorial control. Each committee included a party honcho who laid down the orders from on high. Its purpose was to give the fascist parties fingertip control over everything in the economy, plus early warning of any dissidence.

Davos also pushed schemes of “digital currency,” whereby the consolidated central bankers would have total control over any money spent anywhere, because there would actually be no dollar, and no national currencies whatsoever–nothing but computer bits and bytes monitored and controlled by central bankers from their offices, as they alone decide.

Why this sudden crash program? Why must all these wild things suddenly be done tomorrow, if not sooner? What exactly is the sudden emergency? Some may believe the emergency is that world average temperature must be prevented from rising by 2̊ C before the end of the present century. But a more rational explanation is that the broken world financial system is tottering again on the edge of another crash more serious than 2008–not by the end of the century, but within weeks or months. Carney and his friends insist on greater control over all world investment flows, not to “save the planet,” but to save something still more important to them: to try once again to save their hundreds of trillions of bad bets on derivatives and other paper. The estimated $15 trillion bailout after 2008 did not save this system–it only papered over the problem while making it worse. Twenty-one trillion of quantitative easing 2008-10 made it still worse. Ditto three and a half trillion of renewed quantitative easing beginning in 2019, and the Fed’s several trillion of stock purchases slipped into the coronavirus relief package.

The wolf is at the door again. The crisis is back.

Along with increased control over all investments, the calculation is that much of the trillions of subsidies required by so-called “alternate, green” energy sources, will find their way into the pockets of Carney and his friends, as so-called “carbon credits” have famously done, especially in Europe. As “traditional” industries close down, they can be sold off for scrap to pay off the creditors–the same London and Wall Street banks.

This time, it is their backs that are against the wall. Will an American people awakened by Donald Trump and this establishment’s brazen attempt to crush him, along with his supporters, allow them to get away with this? Don’t bet on it.