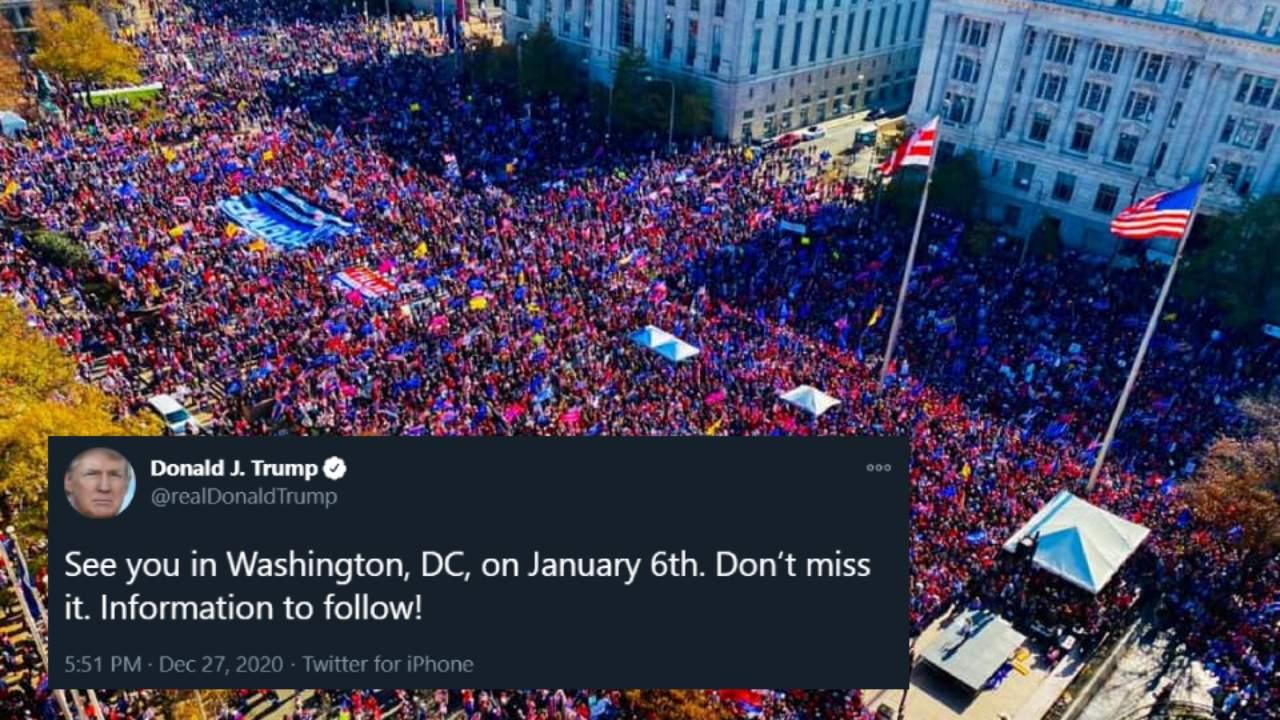 The President continues to tweet about the critical January 6 rally in Washington, D.C. It remains imperative that hundreds of thousands, in fact, millions, show up to tell a Congress enslaved to the national news media and their billionaire donors that they cannot allow massive vote fraud, the concluding phase of the British coup against the American presidency, to stand. Additional rallies are being set in state capitals. Counter-operations by the Deep State are being put into motion to incite violence at this rally, which would be entirely counterproductive. We have the strength of numbers—Donald Trump won the election. We just have to get organized to now fully overturn the coup, instigated by the British Empire and NATO. They, of course, are now seeking to deflect the anger, righteously focused on them, to others, including China, Russia, and Iran.

Also on Monday, 17 Pennsylvania state legislators again challenged the Pennsylvania election, but this time based on the Secretary of the Commonwealth’s own numbers.

In addition, on Monday, Rep. Louis Gohmert (TX) and other Republican House members from Texas sued in Federal Court to ensure that Vice President Pence has the Constitutionally-prescribed authority to determine which Electors are counted, not Congress or the Courts. The lawsuit is part of a campaign to have the Vice President serve as something other than a robot clerk and fulfill the duties assigned to him under the Constitution.

We continue our letter writing and web campaign targeting legislators in Pennsylvania, Arizona, Georgia, Michigan, Wisconsin, and Nevada, where massive fraud has been documented, to continue their investigations into the fraud, hold hearings, and certify appropriate alternative electors in the remaining time between now and January 6.

What Is President Trump Actually Doing? This, of course, is not being covered in the Mainstream Media.

The President issued a signing statement regarding the monstrous COVID relief bill presented to him by Congress which he signed December 27. He invoked the Impoundment Control Act in order to “redline” and impound funding for those things in the almost 6,000-page bill which are fiscally irresponsible. The bill is loaded with essential items for implementing the Biden fascist agenda while throwing scraps to the average citizen. You can see LaRouche PAC’s definition of what bills we actually need here. Additional COVID relief checks in the amount of $2,000 rather than $600 passed the House and now moves on to Mitch McConnell’s stingy Senate.

The “relief” bill includes a commitment, through setting priorities in Department of Energy funding, to eliminate carbon, fund solar and wind power, and implement other aspects of Biden’s feudal fascist energy regime. This perfidy by Congress follows the Federal Reserve coming out of the closet on December 7 as a full-throated sponsor of the Great Reset authored by Prince Charles, Mike Bloomberg, and Mark Carney, to be implemented here by the Avatar, Joe Biden. You can read the President’s signing statement here. As he redlines the bill and sends it back to Congress, we will highlight additional fascist aspects of what the Congress did and organize for their rescission.

The Congress on Monday overrode the President’s veto of the National Defense Authorization Act. Twenty Democrats and 66 Republicans voted with the President for an end to foreign “forever wars” and thus qualified themselves as representatives of something close to sanity. Of the remaining members, on the other hand, 109 Republicans and 212 Democrats demonstrated themselves to be completely gripped by the war fevers emanating from the Washington swamp. You can read how your Representative voted here.

Controversy over lockdowns and the apparent deliberate targeting of small businesses in Democrat-controlled states continues. There is a full-fledged recall campaign underway against California Governor Gavin Newsom. California instituted a full lockdown strategy but COVID cases have surged there, making it the most infected of U.S. states. Studies published in Nature Magazine and by the British Medical Journal have put the asymptomatic spread of COVID at around 17%, although much, much higher figures were used to justify the lockdowns. Now that COVID is not being used as the primary weapon to defeat the President, it is possible that similar, more truthful studies will emerge. Meanwhile, the White House’s Operation Warp Speed announced that five vaccines will have completed clinical trials by December 31, a scientific and technological breakthrough attributable to the crash program emphasis the President pursued.

Glenn Greenwald continues to pursue the debunking of the myth of “Trump the dictator” with his audience in the saner elements among the nominal left and center. This is an important article locating the actual sources of authoritarianism and the danger of fascism in the United States.

We will be updating these stories and more over the critical mobilization period leading into January 6. Keep us going in the fight. We can win if citizens take up the defense of the Republic—as increasingly they are so doing.