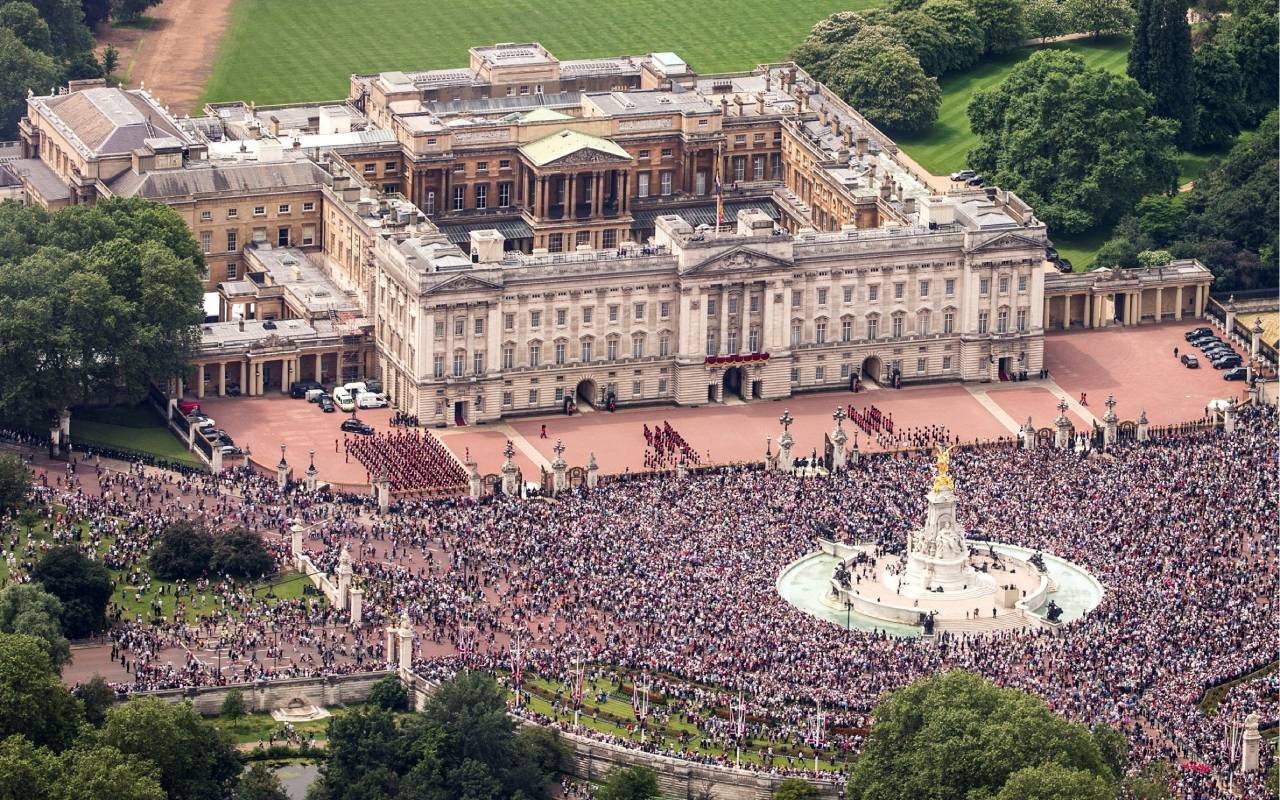 If it is not already, it will soon be obvious to everyone that the new “line” of the “Globalists,” better described as the modern British financial empire, is that there is currently a fateful world struggle underway between the “autocracies” -- also called “authoritarian” systems--and the “democracies.”

Certainly, fake president Biden, or his teleprompter, has been thoroughly indoctrinated with this slogan.  At the virtual Munich Security Conference in February, he said “We are in the midst of a fundamental debate about the future and direction of our world.  We’re at an inflection point between those who argue that, given all the challenges we face — from the fourth industrial revolution to a global pandemic — that autocracy is the best way forward, they argue, and those who understand that democracy is essential — essential to meeting those challenges.”

A “Background Press Call by Senior Administration Officials on National Security and Foreign Policy in President Biden’s First 100 Days” declared that, “the other key factor in the President’s mind is that authoritarian regimes argue that their system of governance is better equipped to take on the challenges of the 21st century than our democracy.”

In his June 13 press conference in Cornwall, UK, Biden said, “Look, I think it’s always — let me put it this way: I know this is going sound somewhat prosaic, but I think we’re in a contest — not with China per se, but a contest with autocrats, autocratic governments around the world, as to whether or not democracies can compete with them in the rapidly changing 21st century.”

And in his Memorial Day address, Biden lied not once, but three times, to say that America’s war dead had laid down their lives in the fight for “democracy” against “autocracy.”

Although its truthfulness per se is not the subject of this report, it should nevertheless be noted at the outset that this slogan is not merely a lie, but is actually lies piled on top of other lies. First, the United States was not founded as a ”democracy,” but a “Republic,” something entirely different–our founders considered pure democracy to be the form of government closest to tyranny. Second, there exists no alliance of “democracies.” Nor is there an alliance of so-called “autocracies.”

And finally: if George Washington and John Quincy Adams were unable to convince us that other nations’ forms of government are none of our business as Americans–haven’t we at least been convinced by George W. Bush, Dick Cheney, and Barack Obama--whose bloody, useless wars are still going on today, despite all of President Trump’s efforts to end them?

Our last President, who is rightfully still President, dealt with nations one-on-one as sovereign nations, not as representatives of blocs or alliances. And successfully so.

More fundamentally, as to its truthfulness:

The new catchphrase out of London is a declaration of war.  But at the same time, the objects of the war are not truthfully identified in the slogan. London is indeed hostile to Chinese sovereignty and to Russian sovereignty, but there are two much more immediate targets. One is to suppress the half of the American people–a growing half–who support President Trump’s efforts to bring America back as a sovereign Constitutional Republic, and who twice elected him President. London’s  other objective is to cut back fossil fuel use under cover of “climate” pseudo-science, which will drastically reduce world population, lifespans, and living conditions to those of medieval serfs and below.

That the self-proclaimed masters of the world would seek to savagely reduce the numbers of their subjects, like shepherds laying waste to their own flocks (as Socrates said), is hard to believe at first glance. But British Royals, as leading representatives of the world oligarchy, have long supported drastic population reduction. The late Prince Philip said that he wished to be reincarnated as a deadly virus, to help deal with world overpopulation. Perhaps he has been.

Although most spokesmen choose to omit to mention that the primary goals of the new “line” are the “Green” nightmare and the re-subjugation of the United States, there are some who admit it in asides, like Wesley Clark for example, cited below.

Now stepping back for a moment–a difficulty in presenting such a schema–which is what it is–is that readers will try to draw a straight line between every significant news event, and the “democracies vs. autocracies” plan. But that is often difficult or even impossible, for many reasons. Our knowledge is very incomplete. Further, the plan posits “coalitions” which don’t exist--so that many supposed members of these “coalitions” have no intention of playing their assigned parts. More generally, it is full of other difficulties and contradictions, some of which we will note below. And like any war plan, it will meet with many unexpected situations, and often be forced into unforeseen channels as a result.

For example, some were surprised when Biden, in the midst of his pre-summit bluster against Russia, cancelled the U.S. sanctions against the Nord Stream 2 gas pipeline from Russia to Germany, allowing the project to go ahead. But look at it another way. An alliance of democracies--if one were to exist--presupposes the existence of allies. Germany must be one of those allies. And in fact, the reason Biden gave for cancelling the sanctions was that this pipeline was important to our allies.  Former Trump Administration official Col. Douglas Macgregor, in a seminar sponsored by The National Interest, said further that Germany needs natural gas to cut its dependence on nuclear power--as demanded by the “Green” program.

Some were surprised by Biden’s civility and cooperativeness in his recent summit with Russian President Putin. But let’s take some other aspects into account. In Biden’s subsequent remarks to reporters, he implied that the primary accomplishment of the summit was to start a strategic dialog on new weapons, some of which might confer a first-strike capability, to see if they could be controlled under an arms-control agreement. It was Russian weapons he was talking about, such as the new Russian hypersonic weapons the like of which the US will not be able to deploy for years.

A series of commentaries carried by the Moon of Alabama website, said that the State Department advocated new sanctions and other hostile acts against Russia timed with the summit, but they were overruled by the National Security Council staff, which reasoned that we are simultaneously taking on China and the so-called climate agenda. Perhaps we should not take on Russia at the same time, but instead try to integrate it into Europe. They also mentioned the Russian hypersonic weapons.

Wesley Clark, a highly political general with a history of spilling inconvenient political secrets, wrote a recent article on exactly this theme of the two opposing coalitions. But he went much further and proposed that the US enter into a treaty-agreement with Britain and the European Union, which would actually dictate US internal policy to make it more like the European countries–that is, to suppress the American patriotic movement by supranational diktat overriding our Constitution. He even proposed that that treaty establish a permanent supranational treaty organization modelled on NATO, to ensure that the changes it forced on the U.S. could never be overturned by any American government!

Is it true?  The last time Wesley Clark told such secrets out of school, they were.

But note his admission, in asides, that the really important goals are the suppression of the movement of patriotic Americans, and of the use of fossil fuels, as we said above.

As you can see now, foreign affairs are really not so foreign as they are sometimes made out to be. After all is said and done, the center of the battle is right here in the United States. It is here that it will be won or lost, with life-or-death consequences worldwide, for generations to come.