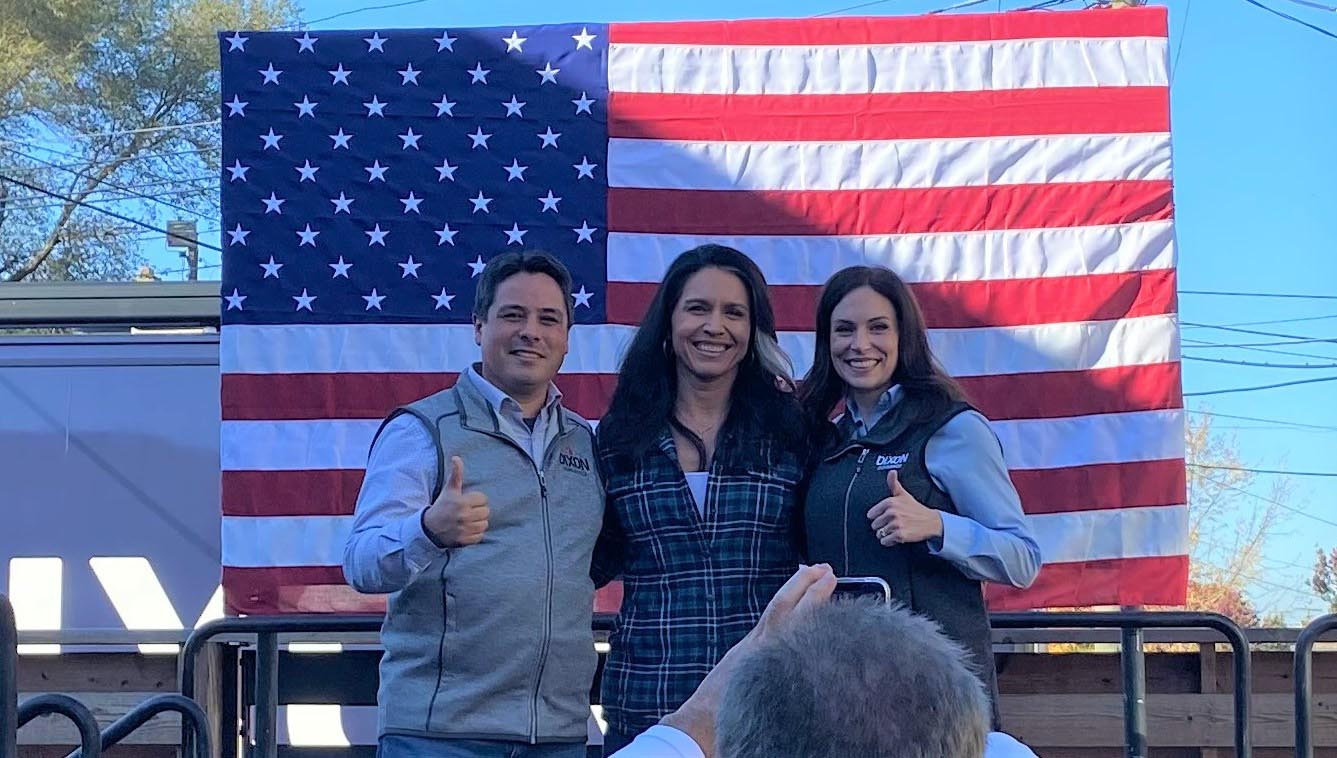 Over the course of a few days, those of us who have been in the middle of the revolutionary political transformation taking place in Michigan, have seen the following:

Decades of political manipulation and social engineering are in the process of being shattered, and this has unleashed something which goes much deeper than politics or elections.

At the October 30 Dearborn rally, a Muslim-American father described what had happened to him 10 days earlier when he stood up at a previous campaign event for Michigan gubernatorial candidate Tudor Dixon, in Flat Rock, MI (a blue-collar town about 20 miles from Dearborn). I was at that event, and watched the audience give the Dearborn father a standing ovation when he described his (and his family’s and friends’) abandonment of the Democratic Party for their attack on his children, and declared his support for Dixon and the Republican slate. What I didn’t see is what happened later. A white gentleman came up to him to thank him for what he had said, but then asked, “Is it safe for me to go to Dearborn?” The father replied, “I wasn’t sure if it was safe for me to come to Flat Rock.” He then shared with the Dearborn rally audience his recognition of how fear is used to divide us and how we are, in reality, united around universal principles.

If I were a member of the so-called elite, I would be very worried.

Since her announcement that she was leaving the Democratic Party because it had become an “elitist cabal of warmongers,” Tulsi Gabbard has campaigned for and endorsed a number of Republican candidates around the country, including Congressional candidate Joe Kent in Washington, gubernatorial candidate Kari Lake in Arizona, and Senate candidate Don Bolduc in New Hampshire. But her visit to Michigan was exceptional, with seven events packed into two days. Prior to the Sunday night Dearborn rally, Gabbard joined Dixon and her running mate, Shane Hernandez, at events in an Hispanic section of Detroit, at an Albanian church, and at a Polish cultural center. At all of these events, Hernandez introduced Gabbard by describing his Hispanic family’s journey out of the Democratic Party. Gabbard (who has not become a Republican) ripped into today’s Democratic Party, “this is not the Democratic Party of JFK or Martin Luther King.”

In the weekend events, the statewide slate primarily focussed on those areas for which a governor has responsibility, namely the economy and education. But, with Liz Cheney backing incumbent Democratic Congresswoman Elissa Slotkin,  Gabbard’s support for Republican Tom Barrett focussed on the danger of war. Barrett, a twenty-year Army veteran, issued a statement on Nov. 1 which said,

My entire adult life has been committed to service in the Army, and sadly I’ve lost too many friends in America’s endless wars. This week, Warhawk Liz Cheney, whose father sent me to war, endorsed my opponent, Elissa Slotkin. It’s no surprise, Slotkin is a war monger as well, already urging American troops to Taiwan to confront China…For Cheney and Slotkin its war first, America last.

Meanwhile, even in the la-la-land of our nominal political elite, there is a dawning recognition that the Democratic Party’s midterm strategy of shouting about threats to democracy and rights to abortion isn’t working. Former President Barack Obama came to Michigan the same weekend as the Dixon-Gabbard-Hernandez tour, to try to retool his party’s message, talking about the economic crisis and the war threat, and then bizarrely claimed that only Democrats, not Republicans, could address the problems which the Democrats have created.

Over in New York State, which hasn’t elected a Republican governor for 20 years, and which Biden carried by 23 points in 2020, Democratic Governor Hochul panicked and has stopped campaigning on Trump and abortion, instead pivoting her talking-points to public safety and the economy.  This, when in her last debate with Congressman Lee Zeldin on October 25th, Hochul hand waved on the crime issue saying that she could not understand why the issue of crime was so important to Zeldin.  In this final week, a new super-PAC was formed to rescue her campaign--even though she already has an overwhelming cash advantage over Zeldin. In what the Oct. 27 New York Times dubbed, a “frantic call to action” she has reached out to Democrats and labor unions to raise millions of dollars for late stage ads and get-out-the-vote efforts.

Whatever the outcome in particular races, we now live in a new political phase space, one in which Americans are sensing their power as citizens of a great republic. A recent LaRouchePAC deployment at a busy intersection in a blue-collar area outside of Detroit featured a “Burma Shave” array of signs for local Republican candidates, for defending Donald Trump, for ending the Federal Reserve, etc.  Throughout the day, drivers were honking horns and giving thumbs up. At one point the traffic died down enough so that our organizers could hear a man, six lanes away, honking and waving as he sped by, and shouting “Musk has Twitter!!!”

Please help with a donation so that we can continue to bring you this unique coverage—because we are part of it!