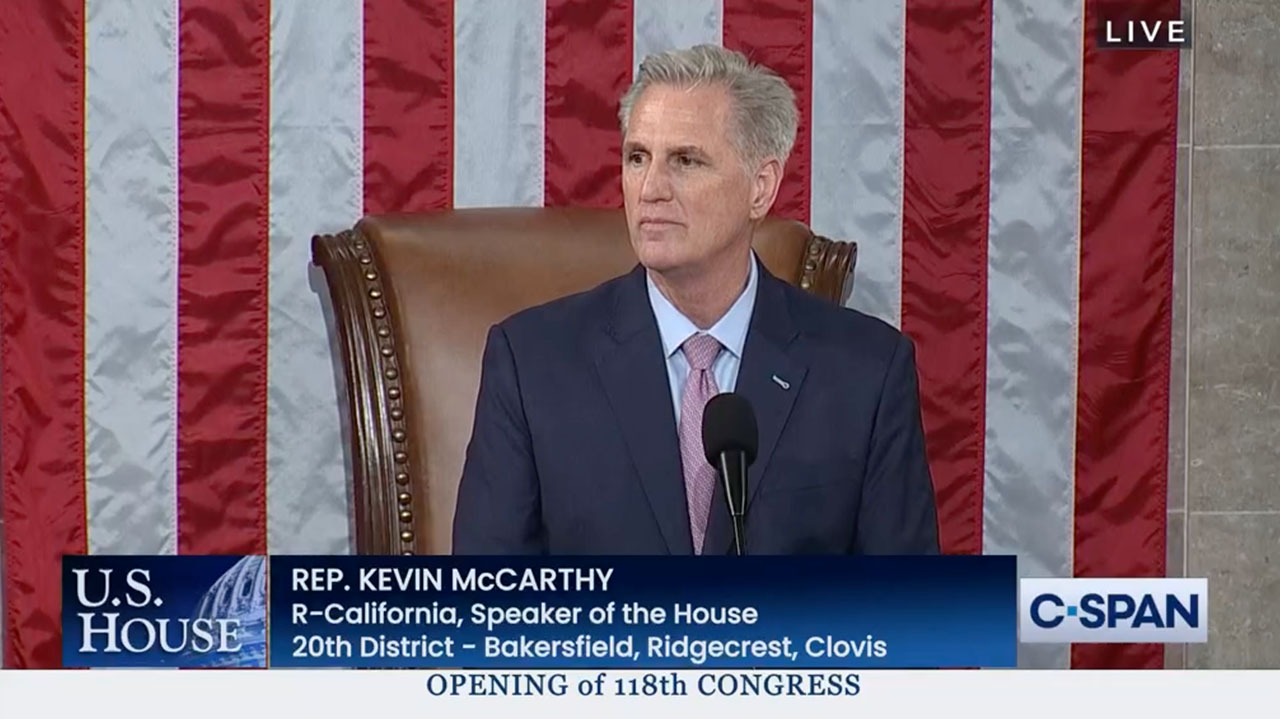 From January 3rd to the early morning hours of January 7th the U.S. House of Representatives engaged in a contentious debate concerning the election of Kevin McCarthy as speaker.  If you watched some of Fox News’ favorite conservative pundits, or are addicted to certain of the Internet’s populist websites, you wouldn’t know that what happened was a revolution in the way the People’s House operates and what it is now free to do.

Twenty House Republicans, used their leverage—born of the apparent midterm failure which created the slimmest of Republican margins in the House--to undo decades of House rules changes which had turned it into a toothless rubber-stamp for Speakers who served only the Uniparty. We are all much, much better for it.  A major flank has been opened up against the D.C. establishment’s lines.  It creates the potential to neutralize our enemy, while laying the basis for a true scientific and economic renaissance—if the People now seize the moment.

The 20 Republican holdouts were viciously attacked by the Republican establishment and the corporate media as renegades, terrorists, and other current radioactive epithets.  The process itself was deemed unbearably untidy, messy, insurrectionary, and indicative of a total and dangerous failure to govern.  Those mouthing these calumnies are enamored of the lockstep dictatorship by which the House has been run over recent decades.  They view free deliberation as a security risk.

As former Democratic Congresswoman Tulsi Gabbard put it, members had no power in this arrangement, and could not represent the people they were elected to represent.  Nothing was debated.  No amendments were to be made to bills, which were only unveiled minutes or short hours before votes.  Members were simply were told how to vote—and then went off to raise funds for their next election.  Non-conformity with this corrupt arrangement meant that no campaign money would or could come their way.

The new rules package requires that legislation be limited to a single subject, banning grab-bag, trillion-dollar omnibus measures like the $1.7 trillion monstrosity passed last month.  Omnibus bills of thousands of pages delivered minutes before scheduled votes, meant that only leadership had any idea of what was being legislated. Now members must be given 72 hours at the very least, to read and debate bills.  The old rule of the House was reinstated, which allowed any one member to trigger a vote to remove the Speaker.  The Holman rule allowing for the defunding of specific programs or firing of specific federal employees, was reinstated. The ability of individual members to move amendments to bills was restored.  And for the first time since January 6, 2021, the People’s House will be open to the public.

In its first actions, the House moved last week to defund the Biden Administration’s hiring of 87,000 new IRS agents.  It empowered a subcommittee of the Judiciary Committee to investigate the Biden Administration’s weaponization of the government against its citizens, and hold accountable those responsible.  It is holding hearings on border security at the border.  It is moving to release all of the January 6, 2021 footage so that citizens can see for themselves what happened, as well as launching its own investigation of those events.  It has acted quickly to investigate the bizarre Biden classified document scandal, opening the door to a similar investigation of the corrupt attempt to indict Donald Trump on this issue. That is just for starters. You can read the entire rules package here.

As everyone involved reports, the entire deal electing Kevin McCarthy was closed by Donald Trump, personally.  This demonstrated his continued leadership of the Party, despite everything that has been done to change that.  McCarthy now owes his political life to Trump and is constrained accordingly.  Kevin McCarthy was also was also visibly changed through the process.  Just watch our excerpt of his early Saturday morning speech on January 7th, and decide whether he is irredeemably corrupt, as portrayed on some “conspiracy of the day” internet sites.

Adam de Angeli of the Rescue Michigan Coalition wrote a thoughtful email last week entitled “Who Can You Trust.”  It summarizes why some can’t see the revolutionary potential before us and embrace the optimism which sustains the will to fight and win.  He noted that the denizens of Conservative Inc. had attacked the 20 Congressional heroes throughout their battle in unspeakable terms.  He cites the attacks by Mark Levin, Sean Hannity, and Ben Domenech.  After the 20 emerged victorious, the populist Tea Party Express commentator Amy Kremer weighed in to announce that the 20 had all been tricked by the Svengali Kevin McCarthy and the rules package would never pass.  All of them were wrong.  All of them fanatically cling to the impotence born of the conviction that nothing and nobody can actually be changed.  They ask that you provide them cash for presenting this message in various new and intriguing packages.

De Angeli points out, “This is the consistent pattern of ‘Conservative, Inc.’ get everyone riled up, style yourself as some sort of grassroots patriot, and then when everything you said was wrong, pretend it never happened and move on to the next thing to shout about.”

The actions of Conservative Inc. breed the corrosive pessimism and cynicism which will lead to the sure defeat of our fight to save this country.  We have two years to create a competent government for Donald Trump in the White House and an equally competent Senate and House.  At the center of this effort is mastery of an economic policy which can actually grow our economy by leaps and bounds—an economy based on the American System and American methods, not Austrian or British sophistry. That alone will save this country.  If someone around you is pessimistic and wants to declaim about some all-powerful elite, thinking that is a badge of patriotism, ask them what they are actually doing to win the country back.  The time is late but the opportunity before us could not be greater.  We must seize it.