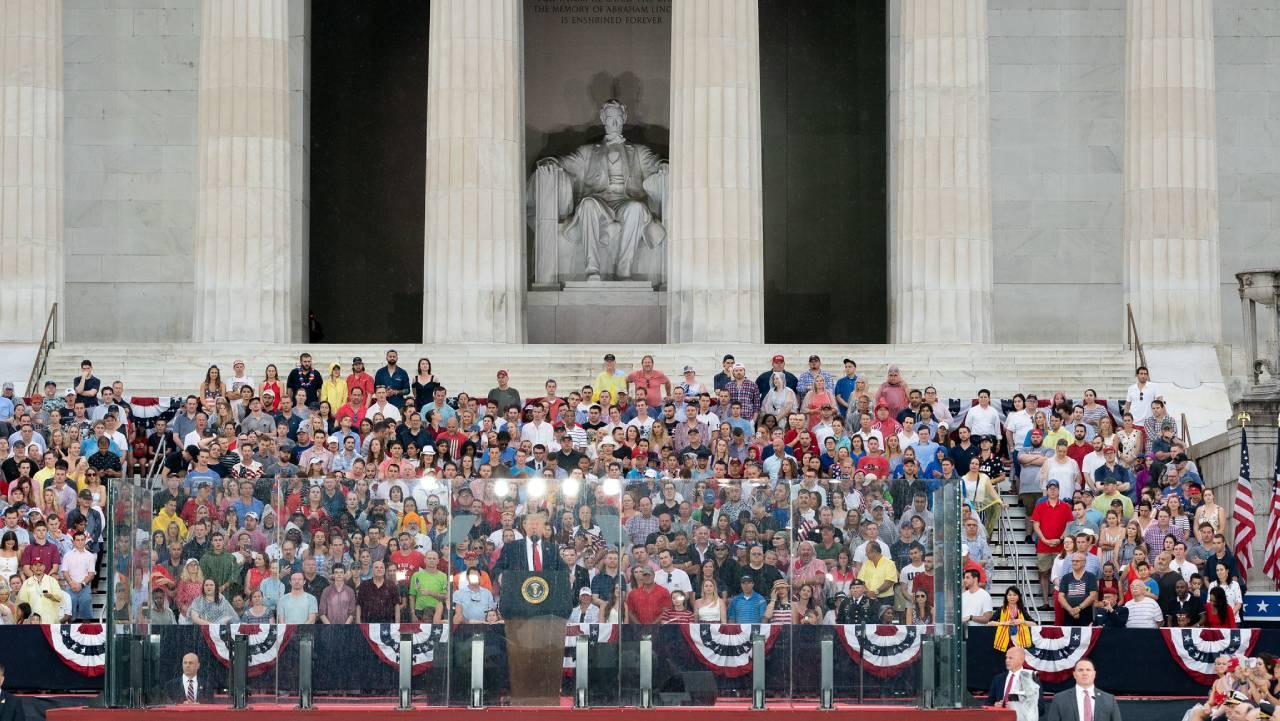 What ideas and what combination of forces will save the United States from the British Empire–installed, green fascist Biden Administration and from the looming collapse of the globalists’ financial system?

Throughout the 2020 Presidential campaign, Donald Trump declared his intention to revive the Republican Party of Abraham Lincoln. More recently, since being driven out of the Oval Office, Trump has announced that he will continue to lead the nation through his newly-created Office of the Former President, and that he will fight to return the House of Representatives and the Senate to Republican control in 2022.

The “weak ones” are in truth traitors, run by Wall Street and the City of London, in service to the same policies of war and monetarism that dominate the Democratic Party. It is indeed time for them to “get out,” leaving the productive classes of this nation, the workers, the farmers, the entrepreneurs, the manufacturers, the scientists, and the builders, to reconstitute the Republican Party of Abraham Lincoln.

Lyndon LaRouche fought for that realignment throughout his political life, declaring, “Insofar as we represent a rebirth of the worldwide American Revolution of 1763-1789, we are so qualified. Sometimes, the best new revolution is the rebirth of an old one.” That new revolution must be driven by two fundamental ideas: who is the enemy and the program to defeat them.

1. The enemy is the British Empire against which we established our political freedom, today in the form of the Davos plans—of the City of London, Wall Street, the central banks, and Silicon Valley—for the “Great Reset” and the Green New Deal.

But behind that modern form lies the fundamental conflict between Empire and Republic, based on two contrasting images of man: the imperial concept that man is merely an animal, to be manipulated through his senses and herded and culled as needed, versus the republican conception that man is in the image of the creator, by virtue of our minds and our ability to reason, and therefore can discover and act, with foreknowledge, on the basis of principles.

Any lesser understanding of the nature of the fight opens the door to flawed tactics, and the manifold traps and rabbit holes created by British intelligence, traps which include false-flag events (think January 6); false enemy images (think Russia or China) behind which the global elite hide; or the fragmentation into easily-controlled new political formations (think, impotent third parties).

2. In rediscovering and advancing the American System of Alexander Hamilton, Lyndon LaRouche gave us the weapons to go on the offensive against today’s British Empire, its billionaire leaders, and its international financial system, which is, in truth, bankrupt. LaRouche’s Four Economic Laws and his New Bretton Woods proposal will reestablish the protections against empire, money, and green fascism. The enemies’ assault on national sovereignty only succeeds when nations lose the knowledge to protect their currency, their manufacturing and agriculture, their traditional banking system, and their populations from the international financial elite. LaRouche’s ideas form the basis for a new human renaissance in which we can, once again, promise our children that the future will be bright and better by orders of magnitude than the present.

In the Footsteps of Abraham Lincoln

We have been here before.

Look back to the terrible crisis confronting our nation in the 1850s. Living then, you might feel the same despair that many feel today.

The British Empire had retaken the nation, placing a series of Presidential puppets in office for decades. The American System of the murdered Alexander Hamilton was dismantled and our economy and currency were controlled by Wall Street and the City of London, as were the political parties. The British were intent on splitting the nation using the Slavocracy which they had created. There was no party which effectively defended the interests of the nation, or the producing classes.

Donald Trump’s 2016 victory was the beginning of a Lincoln realignment, with blue collar workers, independents, and others of the “forgotten men and women” lining up against policies of Wall Street and war. But, while in office, Trump was under constant attack and crippled by political parties which were still in the grip of the globalists’ geopolitical and monetarist policies.

Trump was essentially alone in what Lyndon LaRouche called the “Institution of the Presidency,” those who take on the responsibility to govern, including policy makers, political leaders, and citizens. In running for President eight times, Lyndon LaRouche acted as part of that institution, developing revolutionary policies for leaders and citizens to challenge the elite’s control of the nation. With the creation of the “Office of the Former President” and his moves to take over the Republican Party, Trump is acting to deploy that power, but it does not function without the right principles, and it does not function without you.

Your Role in the “New Politics”

○ Do battle for the Republican Party; force the traitors and the “weak ones” out, and restore it to the tradition of Abraham Lincoln.

○ Use our website, LaRouchePAC.com, for intelligence, strategic briefings, historical background, and marching orders, and sign up for our online discussions at lpac.co/zoom. Put us in touch with other organizations, citizens, and political leaders. We will do Zoom meetings, help vet candidates, and provide organizing material.

A PDF of this statement can be found here.