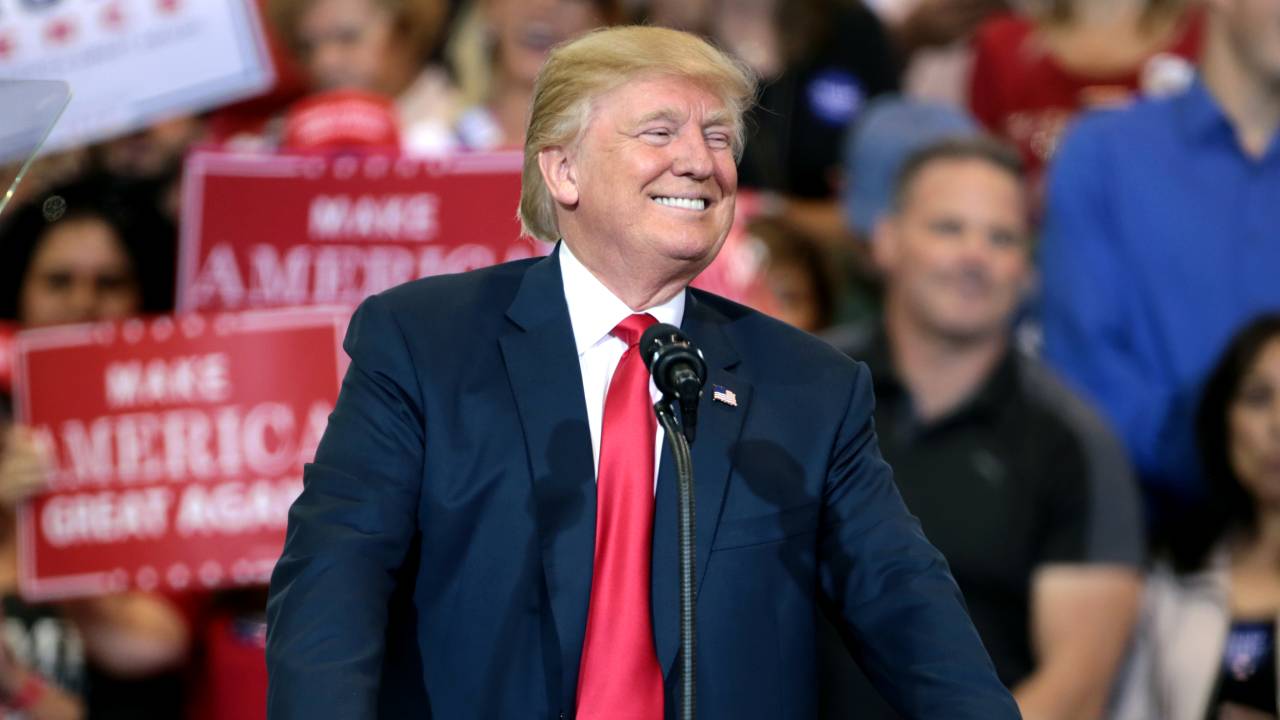 There have already been several significant developments in our “Hands Off Trump” battlefront this week, and this round up will demonstrate why our "Hands Off Trump" petition drive on our homepage is so important. We are demanding a full accounting of the activities of the FBI and other intelligence agencies through their undercover agents and informants in the events of January 6th. Our on the ground sources told us that provocateurs of the Antifa type were a significant part of the assault on the Capitol. There are numerous other reports saying the same thing.

Yesterday we reposted a significant article by Larry Johnson about the events of January 6th. We also want to emphasize a chilling article over at the Intercept by Ken Klippenstein and Eric Lichtblau, which Larry cites.

Klippenstein’s piece is stunning. Using the hyperbolic claim that the event at the Capitol was an act of insurrection, the FBI has invoked unspecified “emergency powers” to collect cellphone and other data on everyone in the Capitol that day without any warrants. This includes Republican members of Congress who have been targeted and are being investigated by the Department of Justice for aiding the “insurrectionists.” Ever quick to get outside his lane, Senator Mark Warner, intervened with cell phone carriers to preserve these records even before the partisan gangsters at the FBI went to work.

Over at Just the News, John Solomon has finally gotten his hands on the tasking of Stefan Halper, the FBI, CIA, MI6 informant set loose on the Trump Campaign in 2016 to substantiate the bogus dossier about Trump/Russia collusion offered up by Hillary Clinton and MI6’s Christopher Steele. This is part of the documents President Trump ordered declassified. Many of those documents remain unavailable to the public according to officials who have seen the entire trove. Nonetheless, Halper’s spying orders have now become public. Once again, it is demonstrated that British intelligence, the FBI, the Obama White House, and intelligence agencies were up to their ears in trying to secure the presidency for Hillary Clinton and conducted a massive spying and disinformation operation against Donald Trump to secure that result.

But, perhaps of most significance, there is an increasing convergence of Trump layers and honest Democrats warning against and organizing against the actual fascist government being consolidated under the "Avatar President" Joe Biden -- a fascist formation composed of Silicon Valley, Wall Street, large corporations, and the “woke” Biden government of “experts.” Longstanding Democrat and feminist Naomi Wolf appeared on Tucker Carlson’s show on February 23rd to argue that Americans of all political persuasions must come together and stand for the Constitution and Bill of Rights before it is too late.

Finally, we close out this week’s short review with reference to yet another recent dump of documents by Anonymous showing the British Crown still intent on regime change in Russia. The documents demonstrate that the British are conducting an all-out disinformation war to that end. The bloviating against Russia by the Avatar U.S. President and former would-be viceroy of Ukraine indicates that the U.S. is now, again, all in with British imperial designs. This will not end well if it is allowed to continue –the Obama/Biden intervention on behalf of the Brits and NATO in Ukraine already put the world on a dangerous course toward nuclear confrontation. Nabbed as British government pawns in the recent dump are Bellingcat, Reuters, and the BBC, although they are repeat offenders. Coverage of this dump by The Grayzone and others resulted in a ridiculous censorship binge by Twitter which ended badly for the Orwellians. The story actually received more prominence because of the Twitters’ hyper-manic censors.

Sign our latest petition "HANDS OFF TRUMP" -- We demand to know the REAL truth about January 6th.