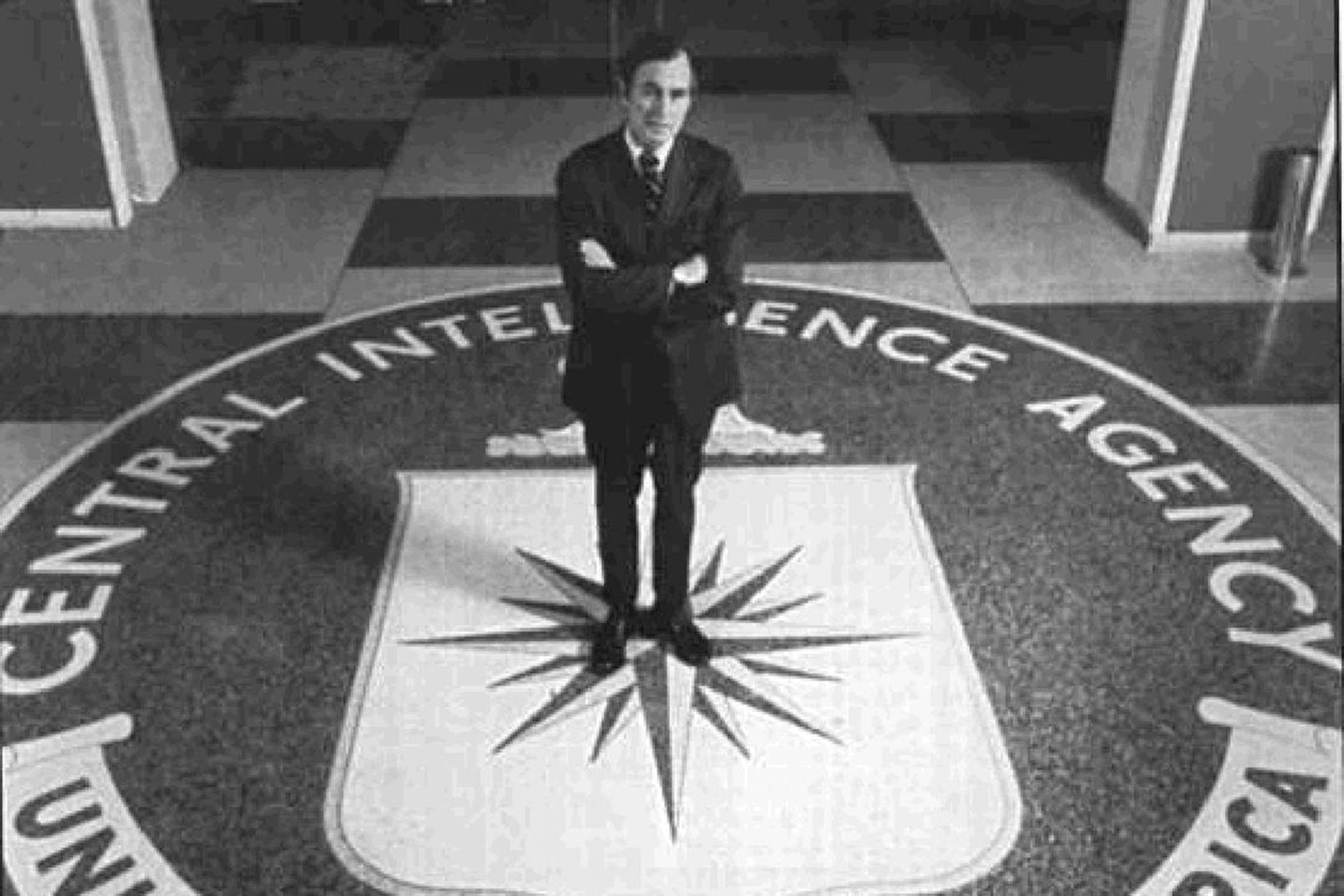 As the Republican majority begins what they call a new Church Committee, it is wise to look at how the constraints on the Security State imposed by the first Church Committee were dismantled.  The modern surveillance state, in which the U.S. is a satrapy of the modern British financial Empire, and the citizenry is targeted with the mind control techniques employed in warfare, was born from the machinations of James J. Angleton’s cronies and George H.W. Bush during the Reagan Administration.  You can see all the tentacles of this Leviathan at work in the frameup of Lyndon LaRouche.  This is that true crime story.

A man by the name of Michael Hudson entered a New York bar one night in 1983 for a meeting.  An economist by trade, he had worked at Chase (he says for David Rockefeller personally) and Arthur Andersen, and then went to the Hudson Institute under Dr. Strangelove himself, namely Herman Kahn.  Under Kahn at Hudson, he advised the White House, the State Department, the Defense Department, and other governments about developing sector debt before joining UNITAR at the UN.  He then became an economic advisor to the Canadian government.  All the time, he was a devout disciple of Leon Trotsky and Karl Marx.  He says he is Trotsky’s godson, and that he holds or held the copyrights to both Trotsky’s works and the works of the Hungarian neo-Marxist George Lukacs.  Lukacs is considered by most to be the founding philosopher of the Frankfurt School and the modern European Marxist theory practiced in the United States and Western Europe.

Hudson had approached Lyndon LaRouche’s associates in early 1980, bringing with him his collection of works on the Meiji Revolution in Japan, the American System of political economy, and a claimed devotion to the works of Heinrich Schenker in classical music theory.  He also claimed to center his economics on the substance of human economic productivity—also an essential topic in the works of Lyndon LaRouche.

It was just the ticket, as LaRouche’s friends were preoccupied at that point in filling out their understanding of the American System of political economy and ridiculing both Karl Marx and Milton Friedman for their attacks on that unique American economic invention.  They were also creating a predictive economic model based on physical economic productivity, while seeking justice against the rapacious international financiers trapping the developing sector states into a future as so many drug plantations and debt slaves.  They were also determined to reintroduce the classics: music, drama, and poetic beauty back into culture as an essential element in fostering the creative spirit in children and the free minds of all human beings.

In 1981, Hudson undertook to lend the financially strapped book publisher associated with LaRouche $75,000 at usurious interest rates.   Some of us argued that the loan was a setup, given Hudson’s sketchy background and the loan’s egregious terms.  Other New Yorkers, our investigation showed, had accused Hudson of various financial scams and fraud.  But, expediency won out. When payment didn’t occur on the precise terms of the note, Hudson sued, not in state court where suits on promissory notes are quickly won or settled, but under RICO, in federal court, with all sorts of false allegations against leaders of the LaRouche movement. LaRouche and friends concluded the obvious: they had been set up.

During the time of Hudson’s romancing of his associates, LaRouche himself had been conducting back-channel negotiations for the Reagan Administration with the Soviets concerning what was to become President Reagan’s Strategic Defense Initiative, a concept which LaRouche had been developing and promoting since 1977.  The Fusion Energy Foundation, which LaRouche founded, had become a major promoter of fusion power, forging alliances with many scientists in the nation’s labs who were working on developing this unbounded energy source.

LaRouche’s associates were also meeting with Ronald Reagan’s California-based associates who were led by Judge William Clark as National Security Advisor and his assistant, Richard Morris, on matters of national security, the war on drugs, and economic security and development.  In addition, there were multiple contacts with Bobby Ray Inman, the director of the NSA and then Deputy CIA Director.

That night in 1983, Hudson had an offer to make.  He told LaRouche’s representative that he had been meeting with a salon composed of LaRouche’s enemies.  The salon was led by the famous Wall Street banker John Train, who had introduced Hudson to FBI and IRS agents.  The salon was attended by many major media reporters and government officials, with the goal of conducting a defamation campaign against LaRouche linking him to the KGB.  They wanted to use Hudson’s RICO lawsuit as a catspaw for aggressive discovery against companies and people associated with LaRouche to further their campaign. The goal was to so tar LaRouche as a maniac and Soviet pawn, that a criminal prosecution could be readily instigated.  In addition, the Fusion Energy Foundation’s tax exemption would be nullified. Pay me now, with interest, Hudson said, and I will stop cooperating with them.

Hudson’s extensive discussion of the Train salon meetings he had attended at that point, were recorded, unbeknownst to Hudson.  Those recordings were submitted as evidence in defense against Hudson’s RICO suit, and a federal judge dismissed that suit.

Next: The Train Salon, Public Diplomacy and the New Operation Mockingbird