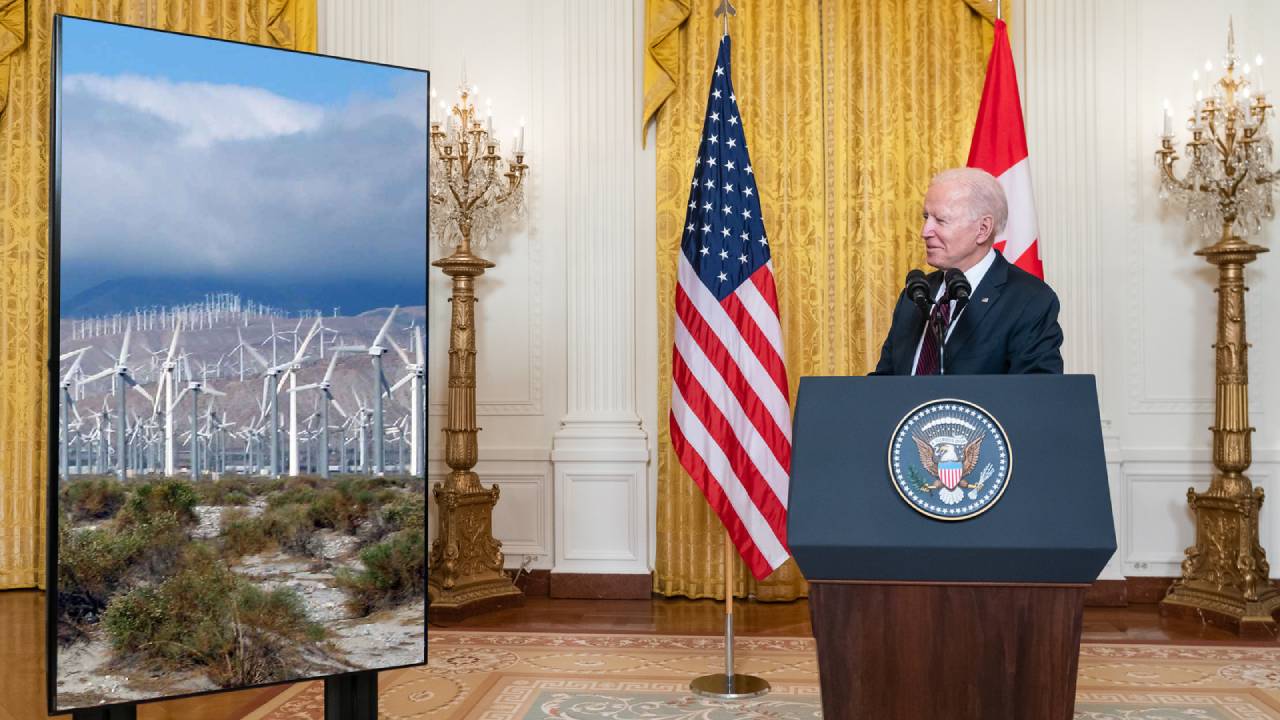 The list of horrors from the Biden Administration accumulates daily, and will pick up dramatically in pace today, Friday, March 12, following the signing of the $1.9 trillion COVID relief bill on Thursday. Next? A week-long Democratic PR campaign touting the amount of money with which they are showering the population as a prelude to a green infrastructure bill which will wipe out large sections of the U.S. economy. Ever get the feeling that you are being showered with money by the very same people who will kill you, if they can, in short order?

In a bizarre national address from the White House on March 11, the Avatar President attempted to claim credit for Donald Trump’s Operation Warp Speed, which developed vaccines against COVID at record pace. He did not mention Trump’s role in this miracle once. Instead, he portrayed himself as a modern-day Jonas Salk, singularly responsible for all progress against COVID. He warned that our “Dark Winter” would not be over unless everyone is vaccinated, and continues to obey masking and social distancing orders. If they obey, maybe small gatherings might be possible by the Fourth of July.

Today starts a series of posts on this website addressing the Biden collective’s horror show. But, unlike the Republican Party which campaigns solely on negativity and eloquent whining and complaints, we will state what needs to be done at this moment to outflank this and defeat it. Our goal is to return the United States to its former status as an industrial and scientific superpower, a goal endorsed by President Trump. Lyndon LaRouche laid out the means to do this in great detail, advancing the programs and innovations of Alexander Hamilton, Abraham Lincoln, and Franklin Roosevelt, each of whom accomplished this goal, starting from exceptionally difficult economic circumstances.

Traditional Republicans and the Fox News rage machine complain that the Avatar President’s leadership collective is “socialist,” by which they mean they are implementing a “big government” agenda. In reality, they are implementing a form of fascism similar to Mussolini’s corporatist Italian experiment—“fascism with a Democratic face.” Mussolini and his allies also claimed the mantle of “socialism.” The overall goal of this drive is to further cheapen the cost of labor by providing fixed handouts to the desperate and struggling very poor without fundamentally reshaping the economy in a such a fashion that economic progress and rising productivity guarantee rising wages for all. It is also designed to further dumb down, degrade, and humiliate the population into the type of obedient serfs they can handle, censoring and jailing those who refuse to obey.

In his infamous December 2016 speech at Oxford University, the posting of which played a part in destroying his 2020 presidential prospects, billionaire Sir Michael Bloomberg opined that there was no real remedy to the huge wealth disparity between his very rich friends and the lower classes. In the “new economy,” gray matter is required which, according to Bloomberg, the lower classes lack. To prevent a violent revolt, Bloomberg said, the only solution is to cut checks permanently to this population. Bloomberg said this had to be done even if the solution ultimately proves inadequate. He noted that what these people really wanted was the dignity of a fulfilling job, but none of those would be available to them in the economy planned under the Davos-sponsored Great Reset, now being fully implemented by Biden’s Administration.

So, we have the $1.9 trillion COVID relief package which provides individuals with $1,400, expands the child tax credit to provide direct payments to lower income families, further subsidizes Obamacare in order to alleviate some of its more punitive provisions, increases payments for Veterans’ medical care, helps out restaurants and childcare providers and other decent things but also bails out the Teamsters’ Central States Pension Fund. The latter provision may seem bizarre in context, but it is not unique in this hodgepodge of urgent financial relief and gifts to various Democratic Party special interests. In a nod to the teachers’ unions, billions are provided to “open schools safely” without any mandate that schools actually open.

Exemplary is the chunk of money being offered to black farmers who have suffered years of racial discrimination. The bill is, in effect, reparations for the past. What is not taken into account is that the farm sector as a whole right now is controlled by giant cartels, like Cargill, resulting in the simple fact that no one is able to make a sustainable income as an independent family farmer, regardless of race. Suicides in the farm belt are at record rates. Instead of looking at the actual present problem, the oligarchy’s rage and deception regime invites you into an identity politics war, between white farmers and black farmers for a piece of a shrinking pie, all under the flag of “equity.”

This $1.9 trillion will not result in economic growth. That will only come when we dry out Wall Street’s speculative economy which prevents actual capital formation for productive industry and activities; provide an educational system based on the Classics, fostering the innate creativity of every human individual; power the economy with advanced energy sources, including nuclear power and fusion energy; fund basic scientific research; and build a new and large-scale infrastructure platform for the economy as a whole. This is the American System of physical economy, invented by Hamilton, used by Lincoln to win the Civil War while building the most powerful economy in the world, and returned to by Franklin Roosevelt to end the Great Depression and win the Second World War through the “arsenal of democracy.”