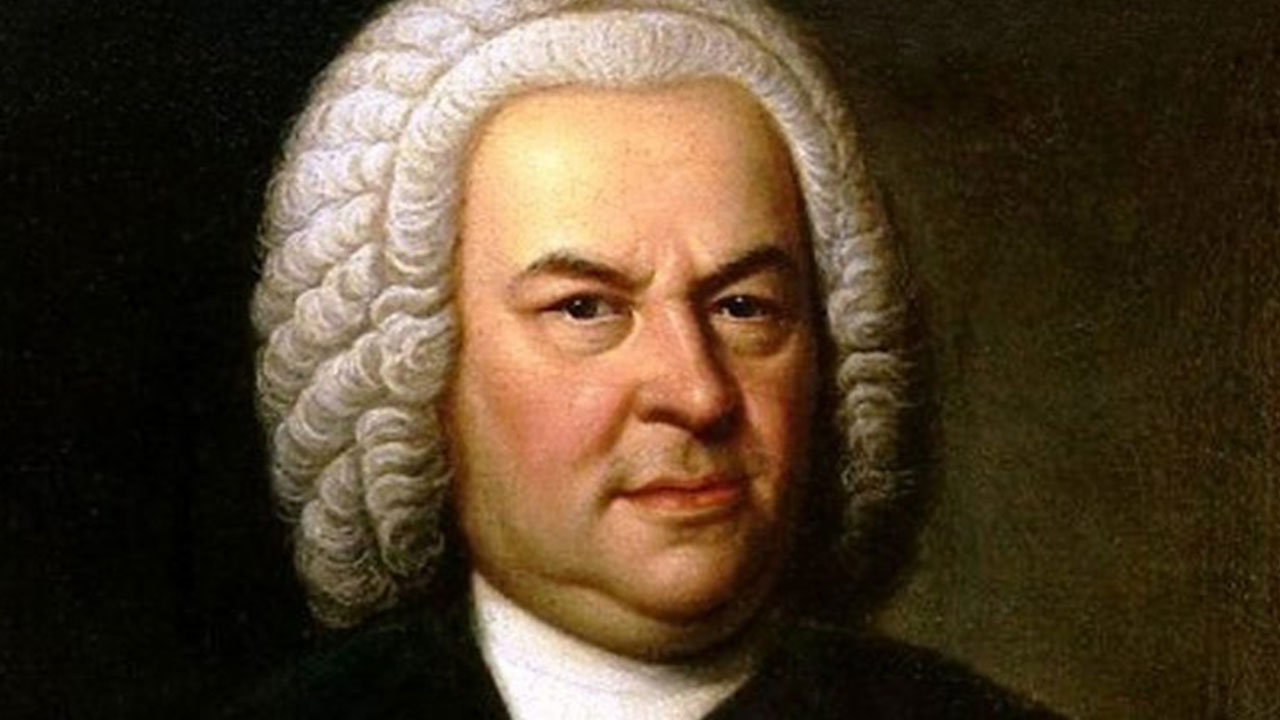 On March 31, we celebrate the birthday of Johann Sebastian Bach, the great German composer who laid the basis for centuries of Classical music composition. Born in Eisenach, Germany on March 31, 1685, to a musical family, he learned to play the violin, harpsichord, clavichord, and organ at a young age. He started composing when he was a teenager. His seminal genius in shaping the development of Classical music ensured his place among the immortals.

Our young people today live in a prevailing culture of depravity and decadence. It is human creativity which separates us from the beasts—that creativity is what characterizes our participation in the immortal and the divine. Cultivating that creativity, using the unique capabilities of the human mind to make new discoveries benefiting mankind is at the heart of all statecraft as defined by our Constitution and by the American System of political economy of Alexander Hamilton, Abraham Lincoln, and Lyndon LaRouche. Thus, the campaign to rescue American education and our nation are one and the same.

Studying Bach is one of the best starting points in this endeavor—studying what he composed and how he composed. He wrote more than 1,000 compositions, including cantatas, motets, concertos, inventions, preludes, fugues, and other orchestral, organ, and chamber music. His development of the well-tempered system, versus even tempering, created the ability to switch keys midstream. This revolution raised music from the realm of simple melody to the higher domain of transformation and development, reflecting the process of creative discovery of the human mind. He also raised counterpoint and musical dialogue to a new level, and laid the basis for creative discoveries and transformation in Classical musical composition. Some of the best examples of this are The Musical Offering, a theme and variations composition, and The Well-Tempered Clavier, a set of preludes and fugues in all 48 major and minor keys.

Bach’s discoveries and methods were studied, in turn, and further developed by the great Classical composers, who followed him in this dialogue and process of discovery. Mozart, Haydn, and Beethoven became acquainted with the works of Bach through the salons of Baron van Swieten, Ambassador in Vienna, who had an extensive library of Bach’s original manuscripts. Mozart studied Bach at these salons starting in 1782. Bach’s principles of polyphonic development and contrapuntal voice transparency can be seen in the works of Mozart, Haydn, and especially in the late quartets of Beethoven. Later composers echo ideas first put forward by Bach in his Well-Tempered Clavier. You can hear them in the works of Brahms, Schubert, and Mendelssohn, and Chopin’s Etudes and Nocturnes. You can hear them in the grand finale fugue for 10 voices of Verdi’s last opera, Falstaff. Mendelssohn revived the music of Bach in a concert of the St. Matthew Passion, in Berlin in 1829. Schumann promoted the works of Bach, Mozart, and Beethoven in his New Journal of Music, Neue Zeitschrift für Musik.

As we stated in the education section of the new LaRouchePAC organizer’s primer, “To govern a nation according to the principles of the American System, our society and culture must be organized around a commitment to the future, realized through the nourishing of the minds of its citizens, and especially its children. Such an education must be a Classical education, which purpose is to teach children how, not what to think; and more importantly, how to discover.” This has been a central theme of Lyndon LaRouche since he founded his political movement. Here he is discussing this in the introduction to the “Manual on Tuning and Registration”:

“By creative processes, we mean the same kind of mental processes which generate, transmit, and assimilate new, valid discoveries of fundamental principle in physical science.... Since this process is unique and indivisible, every individual mind engaged in generating concepts which are valid, and new to it, to this effect, is an axiomatically sovereign quality of individuality. The case of physical science, the uplifting of man’s existence through scientific and technological progress, shows that the self-development of individual mental creative processes, to produce valid changes for the better in man’s comprehension of universal physical laws, puts such individual mental-creative processes in a special kind of direct, correspondence with the Will of the Creator. Classical music is the use of the natural characteristics of vocal polyphony, to replicate in music what the developed creative-mental powers of the individual human mind accomplishes otherwise in the synthesis of a valid discovery of improved, fundamental scientific principle.

“By natural beauty, we mean the principles of beautiful forms as they occur in nature. In music, this includes the well-tempered system of polyphony, which has been discovered by man, but which was created entirely by nature, not the artificial whims of musicians. We include as natural beauty the potentialities of the bel canto singing voice. By artistic beauty, we mean the artistic composition which never violates the principles of natural beauty, but which adds a new dimension of beauty, produced by the creative mental powers of the individual mind of man.... Artistic beauty is the essence of that which sets mankind apart from, and above the beasts.... This locates the source of artistic beauty in those same potential creative powers of the individual mind which account for mankind’s ability to generate and to assimilate efficiently valid fundamental discoveries in physical science.

“The essential distinction between natural and artistic beauty, is that natural beauty is that which is decreed for art from the beginning, by God. Artistic beauty is that use of lawful natural beauty shaped by valid use of those creative powers with which God has endowed the human individual.... The purpose of art is to celebrate and strengthen the noblest state of mind which the individual person can achieve, and to aid thus in making us better people.... The most precious gift we may receive, is the means to bring forth the force of agape to rule our minds, and guide our actions, at will. Artistic beauty is a lever by means of which we are enabled to do just that. That is the purpose of art in general, and music in particular, according to the Classical Idea.”