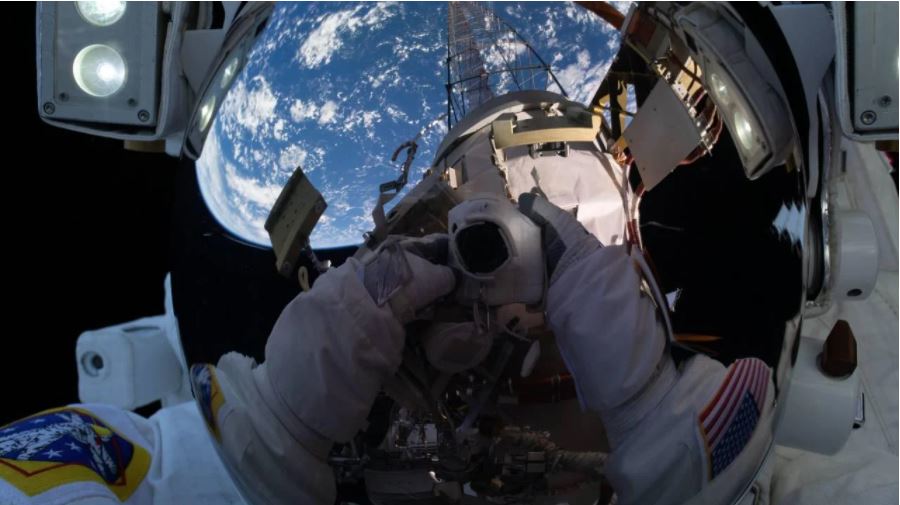 Almost as soon as Donald Trump assumed the presidency, he breathed life back into NASA, an agency attacked and decimated under Obama/Biden—turned from its mission to explore and inhabit the universe to ruminating about the myth of anthropogenic climate change, a deliberate Malthusian ploy to reduce the world’s population by millions and impose a new feudal order. Now, NASA and Artemis, critical to America’s national mission and any real economic revival, are in mortal danger once again, and LaRouche PAC intends to fight back through a mass popular mobilization.

President Trump set in motion the Artemis program to return American astronauts to the moon by 2024. As a result, we witnessed American astronauts, launched on American rockets, from American soil, launching into space as part of a crash program aimed at colonizing the moon, mining its resources, and preparing for a voyage to Mars. What we learn from small cubesat and robotic missions and human landings on the moon with Artemis, will not only prepare us for missions to Mars (and beyond), but also help us increase our productivity and assist in the development of the resources needed for living on Earth. This means advanced nuclear power sources, new medical techniques, entire new technologies, new machine tools, and much more. You can fully grasp the amazing possibilities by reading LaRouche PAC’s pamphlet, heralding the announcement of Artemis, and by watching our video on the same subject, "Apollo to Artemis." We are talking about nothing less than an industrial revolution in space which will secure a progressively advancing economy for every inhabitant of earth.

Contrast that with Obama and the sniveling Malthusian goose steps already in motion from his puppet president, the election thief, Joe Biden. Obama killed both the Shuttle program and the prior NASA mission to return American astronauts to the moon. Typical of Obama’s arrogantly anti-science claims were those he made in South Africa, where he told students that were Africa to be developed in an advanced way, “the planet will boil over.” Too bad, for a continent desperate for development and kept in feudal inhuman backwardness by its colonial controllers.

Similarly, Obama touted solar panels and retrofitting buildings as major job creators, claiming that windmills and solar sources would suffice to run a modern economy. He told a Fairfax, Virginia audience that “we don’t need no fancy fusion power,” denying a power source which could literally transform the entire economy of earth for the better. Instead, Obama and Biden are championing primitive technologies suitable for hunter and gatherer societies.

Joe Biden’s plans to crush Artemis were confirmed in an article by Joey Roulette from the Verge titled, “NASA delays moon lander awards as Biden team mulls moonshot program.” NASA delayed its plans to award crewed lunar lander contracts, moving the finish line back two months. This is a result of cuts to the spending bill for the Human Landing System, and the Biden collective holding off on releasing any space policy while prioritizing climate change as an international “emergency.”

But who is really running the show? It is no accident that Joe Biden’s entire campaign has run on the program of the World Economic Forum plan to depopulate the planet, the Great Reset, so-called. Biden even copied their slogan for his campaign, “Build Back Better.” LaRouche PAC has reported on their recent one week conference in which they set the current globalist agenda for the world—a bankers’ dictatorship over credit and a green future in which industrial development and employment and exploration of advanced technologies is largely dismantled in favor of “equity” in a shrinking overall economic pie.

Several Malthusian feudalists are currently angling for the job of dismantling the bold Artemis program. Lori Garver, Obama’s NASA deputy administrator, touted her credentials at the November 7, 2020 Space Vision meeting. Garver said, “Managing the Earth’s ability to sustain human life and biodiversity will likely, in my view, dominate a civil space agenda for a Biden-Harris administration.”

Another candidate is former Congresswoman Kendra Horn, who lost her House seat in November despite Michael Bloomberg’s historic support for her agenda. Horn was the chair of the House subcommittee on Space and Aeronautics. During that time Horn sponsored H.R. 5666, a bill which called for cutting funding to Artemis and pushing back the timeline for a moon landing, undercutting the crash program potentials embodied in the 2024 mission goal. Horn completely ignores the enormous potentials for colonizing and developing the moon as a stepping stone to doing the same on Mars. She argues, instead, for a direct Mars mission, largely as a means to delude the space community as to her true destructive intentions.

There are others in the cue for consideration but none who advocate the Artemis program as a major crash program priority ahead of the Great Reset’s feudal climate science agenda.

The new acting NASA Administrator under Biden, Steve Jurczyk, along with the newly appointed NASA acting Chief of Staff, Bhavya Lal, issued a message to NASA. The statement from Jurczyk and Lal underlines the central Biden-Harris Administration intent: “The Biden-Harris Administration’s commitment to diversity, equity and inclusion, combating climate change, and creating economic opportunity for all Americans is real and we all have a role to play in turning that commitment into action.” The primacy of the so-called social justice, equity, and diversity agenda is nothing new. It is just Obama re-cycled.

This past week the Day One Project, an initiative of the American Federation of Scientists, issued its space policy proposals. They have what might seem like an impressive, if verbose title: “The Advanced Space Architecture Program (ASAP): Championing American Innovation Through Next Generation In-Space Operations.” This operation is co-chaired by Obama’s radical environmentalist science advisor John Holdren—the man central to Obama’s dismantlement of NASA. Holdren got his start back in the 1970s with the Club of Rome and other Malthusians operating under the genocidal coda of Britain’s royal family, most specifically Prince Charles. He joined forces with the notorious Paul Ehrlich, co-authoring many articles and books with him.

Unsurprisingly, there is not one mention of Artemis or manned space missions in these space proposals. The quest for new technologies and missions to create the future through discovery of the actual laws of the universe is abandoned in favor of engineering projects employing existing technologies to monitor “climate change” as theorized by them. Ignored in this idiocy is the simple fact that the fundamental causes of climate variation are to be found in the cycles of the Sun.

The first of Day One’s two proposals is for something they call the MPHP mission. They say, “The goal of this mission would be to develop an un-crewed, robotically assembled and serviced, multi-payload hosting platform (MPHP) that supports a variety of payloads—for example, a persistent Earth-imaging platform to enable climatological observations and other Earth-science measurements.” The second mission is to develop a long-range transfer vehicle (LTV) or “space tug” to enable in-space reusability. The LTV would initially be used to deliver new payloads to the MPHP. Together, these two missions would create the first instance of the ASAP ecosystem. The MPHP would be robotically assembled in space, and the LTV would periodically revisit and refurbish the MPHP to keep it operating and updated for far longer than typical spacecraft.... They would provide real advantages to space activities such as climate monitoring, enable cost reductions to science and engineering programs, and increase the speed of introduction of new technologies.”

Will you join us in our mass mobilization to defeat these idiots, the champions of feudalism, and in fighting to restore our identity as explorers of humanity’s frontiers, and nurturers of the individual creativity at the heart of all economic progress? That, after all, is the meaning of the preamble to the U.S. Constitution. As to the unelected thief now occupying the White House, be warned. There is a huge constituency out there who believe in man’s mission in space; they will be looking to impeach those who seek to destroy the future.