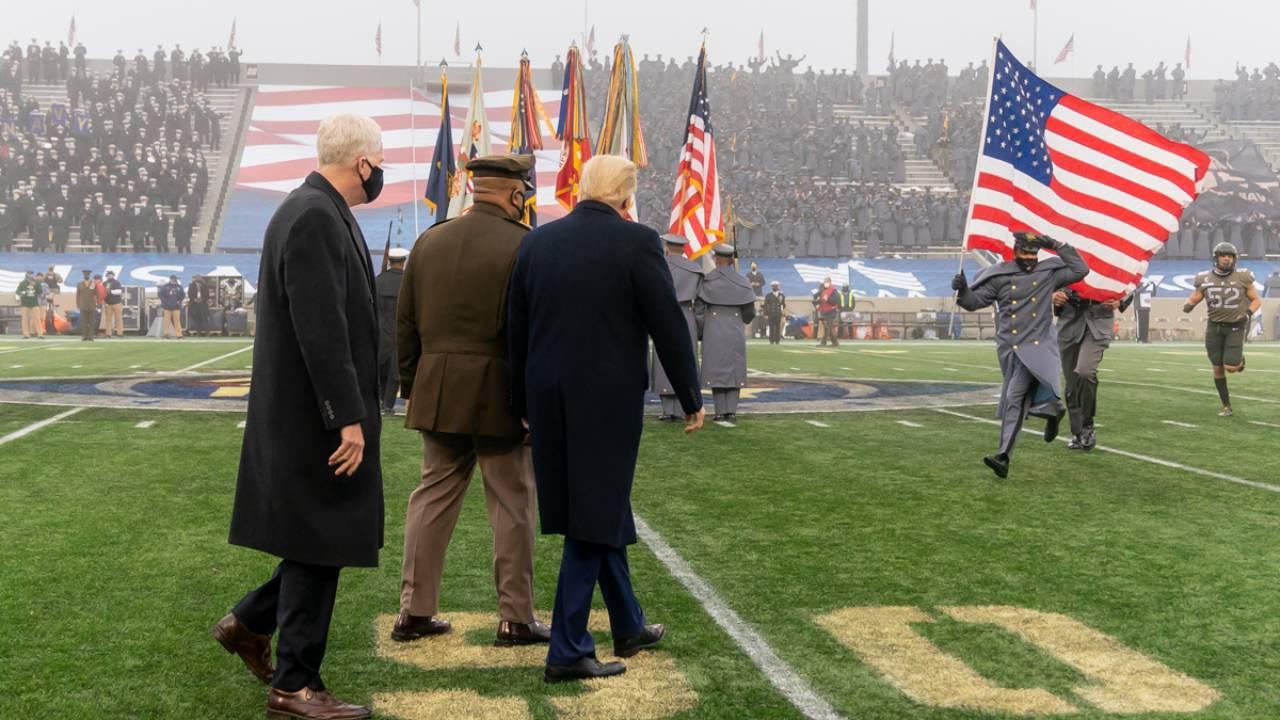 Yesterday, December 14, alternative slates of electors, pledged to Donald Trump, in the battleground and contested states of Georgia, Pennsylvania, Arizona, and Nevada were forwarded to Congress. Despite the attempt by Michigan’s female Napoleon Bonaparte impersonator, Gov. Gretchen Whitmer, to wield police to prevent Republican electors from meeting officially in that state’s electoral college proceedings, a slate of electors pledged to Trump was also forwarded from Michigan to Congress.

President Trump has not stopped fighting. He says he still has options and that the final determinative date of this battle under the Constitution is January 20, 2021. He is right. There are still lawsuits pending in the states where massive fraud was conducted. Without the terror campaign directed at judges because of the electoral college schedule, it is possible something could break there. The state legislature in Michigan is continuing its investigation of fraud claims because the citizens of that state have insisted on it. The same pitchforks need to be applied to state legislators in Georgia, Pennsylvania, Arizona, Wisconsin, and Nevada. Citizens need to let them know that their investigations must become even more serious, more determined to document the fraud and identify the criminals who conducted it.

On January 6, 2021, a joint session of Congress will meet and conduct the electoral college vote under murky Constitutional and statutory procedures. Before that date, states can withdraw the slates of electors which were certified for the avatar, Joe Biden, on December 14. Have no illusions about the Congress or the RINOs who must be voted out of the Republican party of Lincoln and Trump. Like Cocaine Mitch McConnell who congratulated Biden and Harris on their victory December 15, they are corrupt and bought and only an aroused and fighting citizenry demanding that they act in the national interest, will turn the tide. We will speak about approaches to the Congressional battle next week, depending on developments this week in the states.

We cannot predict the course here, only that surrender is not an option and that the will of the people to not let this stand is what will determine the future of President Trump and of our nation. Joe Biden and his cabinet picks engaged in a four-year lawless coup against the sitting President of the United States, on behalf of a foreign power, the modern British Empire. Not only did their coup continue, ruthlessly into implementing a brazenly fraudulent election, but also they intend to impose an oligarchical fascist dictatorship run by the same billionaires who stole the election. They will continue the deindustrialization and ruin of this country through the Great Reset and the Green New Deal and through surveillance and mind control policies which even George Orwell could not imagine.

But the majority of the American people who actually voted for the President rejected all of this with courage and certitude. Despite the illusion now being attempted around the “finality” of the electoral college vote, they are weak. We just need to ruthlessly organize our forces. All they have is a propaganda machine seeking to convince you that snow is black, that you didn’t see the election being stolen before your eyes.

Various sunshine patriots propose “to do” lists for a defeated president going out the door, thinking that their suggestion box constitutes a major force against the Deep State the President continues to confront. New special counsels and pardons of Edward Snowden and Julian Assange will not turn the tide. The President should pardon Snowden and Assange because it is moral and just, just as he should pardon Lyndon LaRouche whose illegal prosecution, sanctioned by similar bought and cowardly judges, opened this horrible chapter in our constitutional history.

But now, the resolute will fight with the resolute President to save this country, whether ultimate victory occurs on January 21 or after that. The strength we show right now, today and tomorrow, will determine how the battle goes. Keep up the pressure on the state legislators. Call your Congressman and Senators and tell them you will not let this stand. Overwhelm them with the simple fact that justice and natural law are on our side. Biden’s cabinet picks need to be exposed and defeated in the Senate. Your Senator or Representative must have your instruction not only to expose and reverse the fraudulent election but to reject the Great Reset and Green New Deal at the center of that fraud. We walk in the footsteps of our founders, determined that government of the people, by the people, and for the people shall not perish from the earth. This president by fighting, has already ripped off the cloaks and disguises of our would-be emperors, and they now stand naked and grasping—their only hope being that you will give in and accept them.