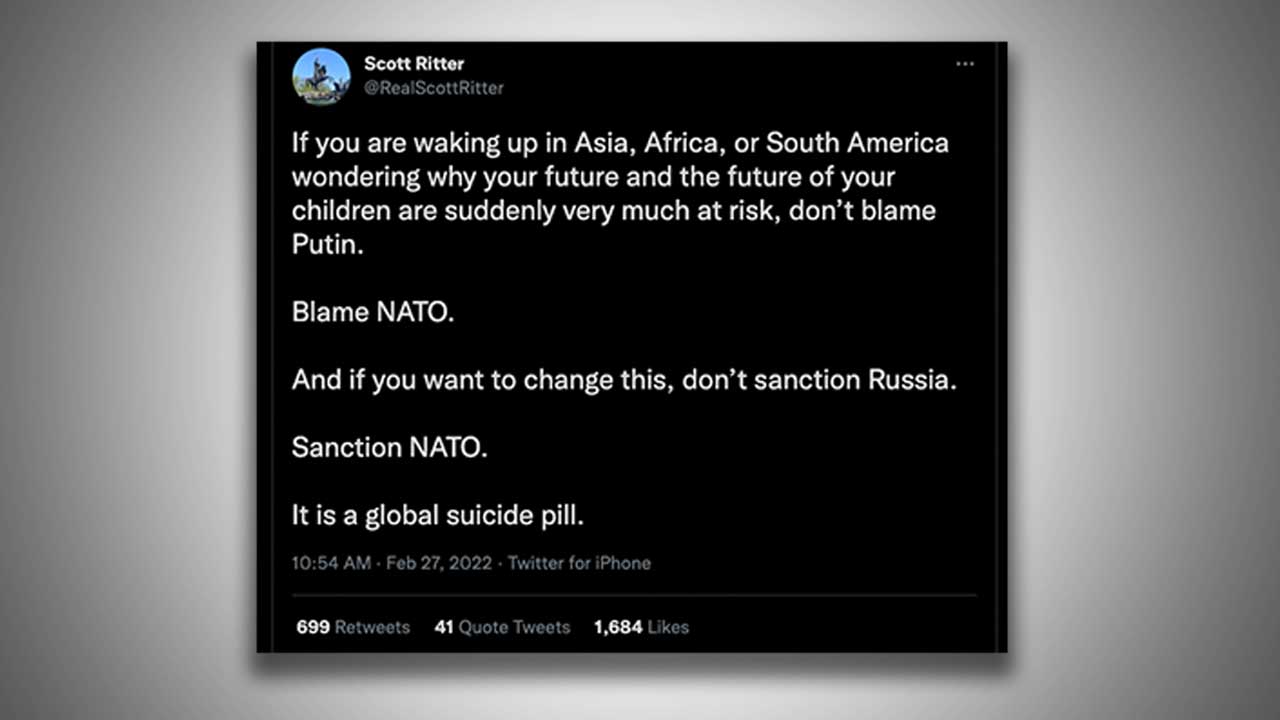 As the globalist elite, the fake news, and Biden’s handlers try daily to raise the level of war-hysteria against Russia, LaRouchePAC is beginning periodic posts featuring saner U.S. views on the crisis.  It’s not that we endorse any of them 100%.  That’s not the point. The point is that Americans must understand the real causes for this crisis and the real solutions—and a range of saner viewpoints can help.

The particular subject of this first post is Russia’s security “red lines”—especially Russia’s demand to block Ukraine’s admission to NATO—which would put a hostile military alliance on Russia’s most sensitive border. Ukraine’s future admission to NATO, which George W. Bush promised them in 2008, has rightly been called “a Cuban missile crisis in reverse.”

Kim Iverson assembled relevant material in The Hill’s “Rising” webcast of March 2, recalling that George H.W. Bush promised Russia in 1990 that NATO would not expand eastward from Germany. Instead, NATO has expanded all the way to Russia’s border—almost doubling its membership. Russia has warned against this since 1997, and Putin was very explicit as early as 2007.

This warning became an ultimatum in December, 2021, but instead of negotiating, Biden’s Secretary of State Blinken goaded Russia by saying that its security “red lines” were “non-starters” which would not even be discussed.