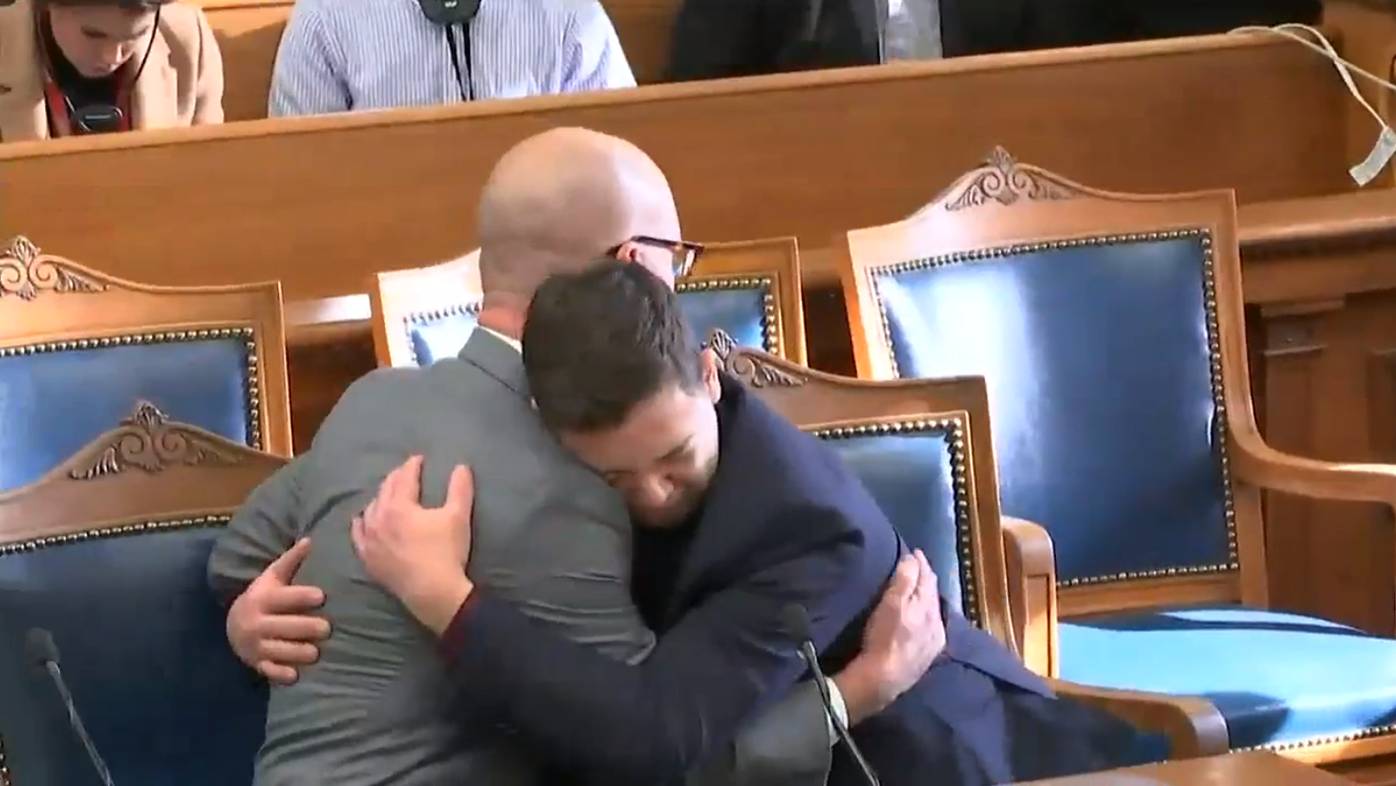 Kyle Rittenhouse hugs his lawyer after the verdict was delivered.

Kyle Rittenhouse, defamed as a white supremacist and a vigilante by the President of the United States, was found not guilty on all five counts of the indictment against him stemming from the riots which occurred in Kenosha, Wisconsin in August of 2020. The jury, not sequestered, followed and photographed by the news media, and threatened on social media, demonstrated the serene courage involved in following principle, not the fear engendered by the mob and the current mainstream media. Some years from now, if our Republic continues to survive, we will reward this act of courage by these 12 men and women who have righted our ship of state, at least temporarily. Some years from now, if we continue to fight, we will recognize this moment as a turning point. It is a moment of recognition, like the recognition of the tattered but still flying flag over Ft. McHenry in the war of 1812 which is the subject of the Star Spangled Banner.

Rittenhouse was charged with intentional homicide, and 4 counts of reckless endangerment as the result of his actions in defending himself during the riot in Kenosha following the police wounding of Jacob Blake. The charges carried a term of life in prison. As was clearly demonstrated in the courtroom and on national television, Rittenhouse, acting in self-defense, shot and killed two people intent on killing him and wounded a third on August 25th.