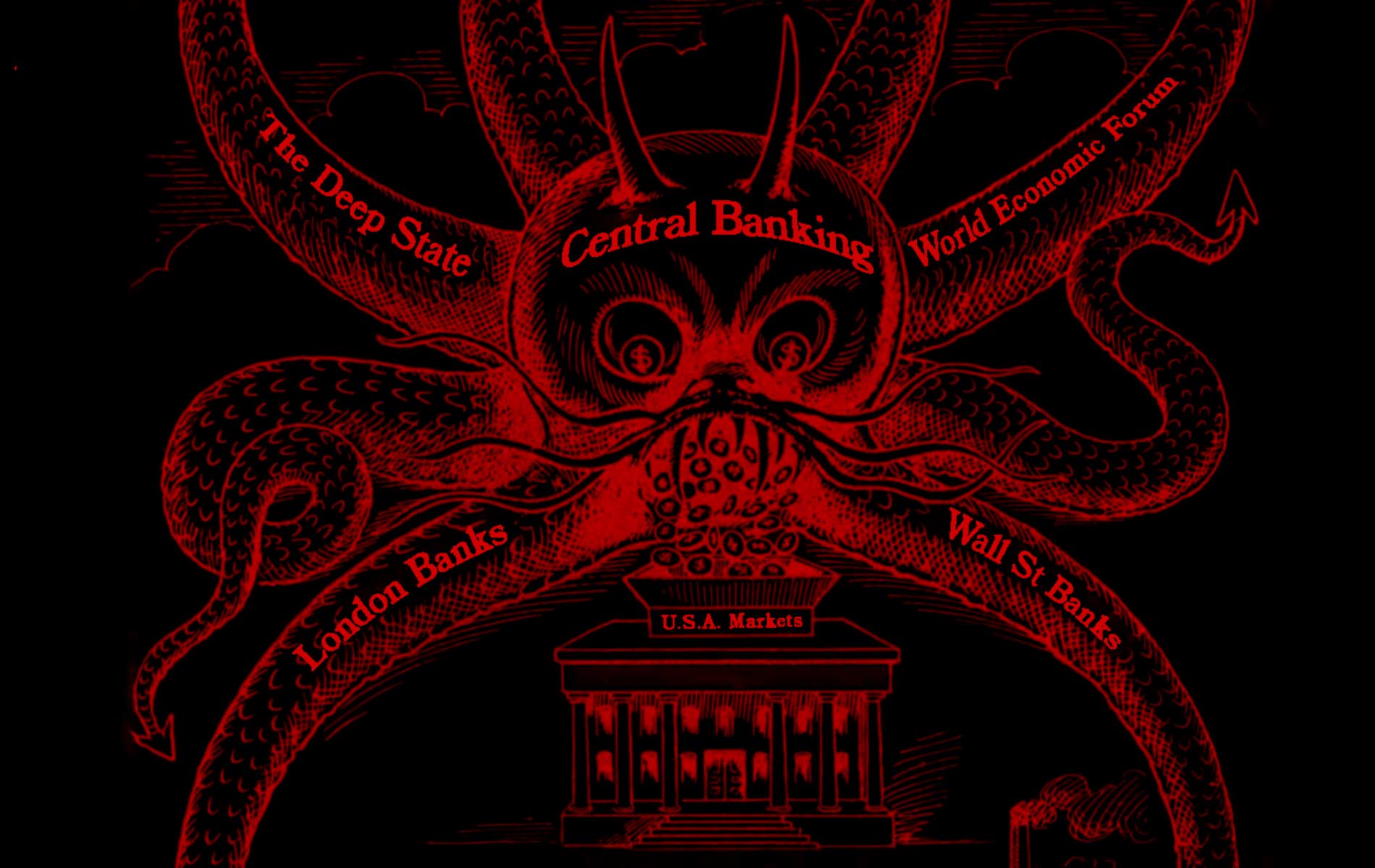 This article is the first in our new campaign, "The Decisive Battle in the War for the Republic, Put the Fed Into Bankruptcy; Create the Third National Bank."

Once again, the Federal Reserve and its British and Wall Street owners, this time fueled by the incompetents of the Biden administration, have pushed the U.S. economy and financial system to the point of blowout. As in the past, the Fed has printed money to inflate financial assets to prop up British and Wall Street banks and funds while the Biden collective strangles the productive economy with lockdowns, environmentalism, and wokeness. There is vain hope in financial circles and both parties in Washington that the Fed can manipulate this bubble into some form of stability by looting the American people and the productive economy through inflation while continuing to meet Wall Street’s demands for a bailout. As in the past, it won’t work. Further, if we don’t take the steps outlined here, this nation itself will not survive.

The problem is not merely that the Fed’s policies are disastrously wrong and destructive which they demonstrably are. The problem is the intention behind those policies and the intention behind the very creation of the Fed itself. All periods of American economic growth, from the policies of Washington and Hamilton, John Quincy Adams, Abraham Lincoln, FDR, and JFK were achieved because it was the intention of the national government to foster the development of the physical economy through scientific and technological development. A national bank, or similar institution, was created to generate the credit to make that happen. Simply put, the financial system was intended to serve the economy. The creation of the Fed was intended to reverse that: to make the economy serve the financial system.

It is long past time to free the United States from this cycle of bail-out and bail-in by putting the Federal Reserve into its long-deserved bankruptcy and reestablishing the National Bank of the United States based on the principles of national banking established by Alexander Hamilton.

LaRouchePAC is launching a campaign to recruit mass support among the American people for this shift with the goal of organizing a new majority in Congress in 2022 and a second Trump administration in 2024 committed to this principle. To that end, we will be producing a regular stream of posts, on the principles, history, and objectives for the National Bank as well as ongoing battle reports on the policy fight. A brief summary of recent history is provided here to set the stage.

How We Got Here

In the wake of the financial and economic collapse of the 1930’s, President Franklin Roosevelt shifted the U.S. from the British/Wall Street debt system that had taken hold with the creation of the Federal Reserve, to a credit system using the credit-generating methods of Hamilton and Lincoln. Though FDR left the Federal Reserve in place, he transformed its role by regulating the banking system through Glass-Steagall and channeling massive amounts of credit into real physical infrastructure through other institutions. The war mobilization extended this shift throughout industry, massively increasing the productive capacity of the U.S. into the most powerful productive economy in history.

As the war was coming to a close, FDR designed the Bretton Woods system (albeit with poison pills inserted by Britain’s John Maynard Keynes), so that the increased productive capacity of the U.S. would replace the dying European empires and become the basis for economic progress worldwide. After the end of the war, Wall Street and London set about to revive the colonial empires through financial means. They implemented policies that shifted the U.S. economy from an industrial, productive economy to a financialized service/consumer economy. This transformed the U.S. role such that the collapse of the U.S. economy (i.e., deindustrialization, consumerism, etc.) and the resulting financialization, became the raison d'être of global finance. From the standpoint of the British financial imperialists and their Wall Street allies, the collapse of the U.S. was necessary for world monetary growth. What followed was the August 15, 1971, collapse of Bretton Woods, the Council of Foreign Relation’s policy which they dubbed “controlled disintegration” of the economy, environmentalism, post-industrialism, etc. (This push for deindustrialization was somewhat tempered by the need to keep defense production up until the collapse of the USSR.). As a result, from the late 1960’s to today, the U.S. has been living through a period of inflation, austerity, collapsing living conditions, increased indebtedness, asset bubbles, and bailouts.

Each financial collapse has resulted in more looting and offshoring of production to low-cost countries. The price paid was lower living standards in the U.S. as productive jobs disappeared to be replaced by lower-paying service employment. At each collapse Fed policy has been to bailout the globalists and screw the population. For example, before 2008 Wall Street generated exotic debt instruments such as mortgage-backed securities, CDO's, derivatives, etc. and exported them to European and Asian banks. After 2008, when these assets became worthless, the Fed printed money to bailout those Wall Street and foreign banks and funds and the America people paid with their homes and jobs.

President Trump threatened to end this, pledging to make the U.S. productive again. Simply put, U.S. productivity would once again be the engine of the economy. Trump supported Glass-Steagall, took the U.S. out of the Paris Climate Accords, expanded the space program, and promised a return to the unique American System of political economy. But this could not be accomplished as long as the Fed and its Wall Street allies strangled the physical economy with more financialization. As is well known, Trump was blocked by the political assaults on his Presidency, Wall Street Democrats and RINOs who were more beholden to Wall Street and free trade than loyal to the party of Lincoln.

Now we have Biden, the Great Reset, and the green policy, which is the same old Wall Street/London looting policy. BlackRock has just released a report warning that trying to bring down inflation will collapse the financial system. The report advocates that the Fed should allow inflation to run in order to promote a "transition" to a green economy. This would mean that once again, the U.S. population is being told to accept more looting (through inflation) and lower productivity and lower living standards. All the while the Fed would continue to bailout asset bubbles here and abroad. At the ongoing Davos conference, Chinese President Xi, and IMF head Georgieva, as well as others, pushed a similar line.

The time for complaining about bankers and oligarchs and suggesting half-measures is over. Now is the time to really take our country back. Trump has pushed the Republican Party to become a party of the working people, attracting many disillusioned Democrats and independents and citizens who had given up on politics out of disgust, to support the movement. That movement has only gotten stronger with the Uniparty’s attacks. If the Republican Party is to really become the party of Lincoln, it must fight for Lincoln’s economic policy. Lyndon LaRouche specified how to do that. Start with putting the Fed through bankruptcy and creating the Third National Bank of the United States.

This post is part of campaign which will literally determine whether the Republic survives or not, something which will become clear to you as we progress.  Central banking and the broad economic and technological progress worthy of human beings are antithetical concepts.  As we discuss how we rebuild and revolutionize our economy we invite your thinking and participation. We’re looking for the thinkers among scientists, engineers, farmers, entrepreneurs, machinists, doctors, nurses, cops, firemen, educators, state legislators and development officers, companies engaged in infrastructure and manufacturing, young people, --all of those who think of themselves or aspire to be producers in our society-- to help us fill out this perspective.