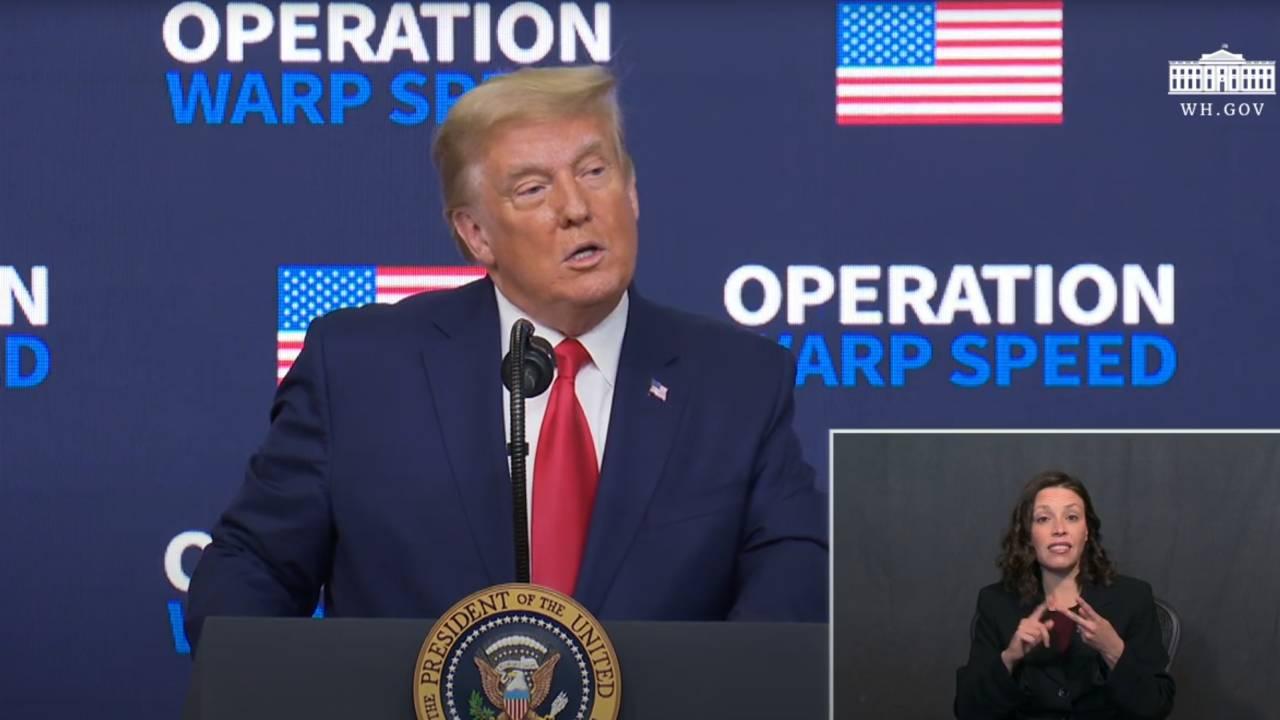 President Trump asked that question on Tuesday as the Supreme Court decided not to hear an election challenge from the fraud riddled state of Pennsylvania. Texas, joined possibly by eight other states as of this writing, has moved into the breach, filing a lawsuit in the U.S. Supreme Court against Pennsylvania, Georgia, Michigan, and Wisconsin for the voter fraud in those states which could result in the Avatar, Joe Biden, becoming President of the United States. The suit argues, in effect, that sustaining the fraud committed by what the alleged President elect himself called the “greatest vote fraud” operation ever assembled, unconstitutionally dilutes the actual votes of citizens for Donald J. Trump, who actually won the election.

Since this lawsuit is between the states, it invokes the original jurisdiction of the U.S. Supreme Court. It seeks to “ultimately, enjoin the use of unlawful election results without review and ratification by the Defendant States’ legislatures and remand to the Defendant States’ respective legislatures to appoint Presidential Electors in a manner consistent with the Electors Clause and pursuant to 3 U.S.C. § 2.” The lawsuit, titled “Motion for Leave to File a Bill of Complaint,” can be read here.

In the meantime, legislatures in the battleground states are considering a variety of moves about the slates of electors they will send to Congress based on the simple fact that the losing candidate has been named as winner by outright rigging of the vote. As the result of the lawsuits in the battleground states, evidence of the fraud now abounds, contrary to the attempts of the news media and cowardly judges and bought politicians to bury it.

Appeals of lawsuits documenting fraud significant enough to change the result are on appeal in Nevada and Arizona. In Michigan, a judge has granted access to the extremely suspect Dominion Voting Systems which flipped votes from Trump to Biden in Antrim County. In Georgia, and Wisconsin pending suits documenting massive fraud are in the trial courts.

In the Federalist 68, Alexander Hamilton underlined the Constitutional heart of the fight being waged now. He said, “Nothing was more to be desired than that every practicable obstacle should be opposed to cabal, intrigue, and corruption.”

And cabal, intrigue, and corruption are what the citizens of the United States have experienced now for four years, in the all out coup, undertaken by the modern British Empire, against the disruptive and disrespectful America First president, Donald Trump. The press has been taken over and completely controlled in this process. Censorship and a surveillance and psyop state which would be marveled at by both George Orwell and the Stassi is our norm. There is now a relentless war against the middle and working classes who have dissed their professional suck-up peers and the billionaire putative masters of the universe who run them, by repeatedly voting for and supporting Donald Trump.

In the meantime, the Empire’s drive to implement Green fascism and wars against anyone who resists chugs along. The latest round of nonsense peddled to our besieged population portrays China as a monstrous enemy against whom a war must be mobilized and fought. Wars which kill off whole sections of the population by pointing patriots against the wrong enemy are the stock in trade of this regime. China, India, and Russia, are the three powers which Lyndon LaRouche rightly noted, could join with the United States and overthrow the rapacious modern British financial entity once and for all. They have the economic potential to do this and to usher in a new human renaissance through agreements jointly pursuing large scale infrastructure projects and experiments at the frontiers of human knowledge.

So, it is hardly accidental that in the same British House of Lords Report, “UK Foreign Policy In a Shifting World Order,” which proclaimed that Donald Trump must not have a second term, these three nations were targeted for further destabilization by the British Crown. The aim is for the oligarchical game masters running these operations to escape scot-free while the targeted nations rip each other to shreds.

As we have repeatedly documented, the monsters in the City of London and Wall Street dictated and implemented the destruction of the United States. Instead of lashing out at China, clearly now an emergent power in industry, science, and technology, the future lies in focusing on rebuilding our own prowess in these areas, and eliminating and punishing the financial imperialists who led us down the path to hell. Yes, nations now conduct espionage, influence operations, and hybrid warfare against us which must be defended against in the normal course. We do that too, as President Trump has repeatedly noted, to the screams of the Beltway Bandits who endlessly stuff their pockets based on our stupidities and tolerance of their existence.

These dangerous games at the edge of human extinction can end if sovereign nation states reject globalism and map their relations on the basis of a community of principle and on joint projects to build advanced scientific and economic platforms. In 1984, Lyndon LaRouche fully elaborated this road to peace in his LaRouche Doctrine approach to the then Soviet Union.

Those around the witless Biden would map a government of technocrats working to implement a worldwide New Dark Age in which the globalist elites profit and whole sections of the world’s populations are culled and killed. But their own competence and ability to do so is now wholly in question. Despite all their best efforts, more than half of the population of the United States told them to go to hell in this election. They are not the brightest bulbs in history’s oligarchical litters and in seeking to overthrow this American president they have completely exposed almost every aspect of their operations. As Hosea 8.7 tells us "For they have sown the wind, and they shall reap the whirlwind...", provided our citizens rise, educate themselves, and embrace the higher intelligence and identity of our founders—provided they act as citizens and not as underlings.

Indicative of that which the traitors seek to stamp out was the enthusiasm and boldness present on all sides in Tuesday’s Operation Warp Speed press conference. Video here. Vaccines which work against a virus which was supposed to bring the world to a sustained halt and serve as the excuse for the imposition of world-wide dictatorship, have been created in record time through a mobilization of the nation’s scientific and productive capacities. The crash program emphasis employed by President Trump, similar to the crash program approach he has taken with NASA’s Moon/Mars Artemis program, represents the way to achieve massive breakthroughs at the frontiers of human knowledge—breakthroughs which power sustained economic progress. This type of scientific and technological progress is at the heart of the meaning of the Constitution’s dedication to fostering the general welfare through individual human creativity and the American system of political economy as explained and uniquely advanced throughout the work of Lyndon LaRouche.