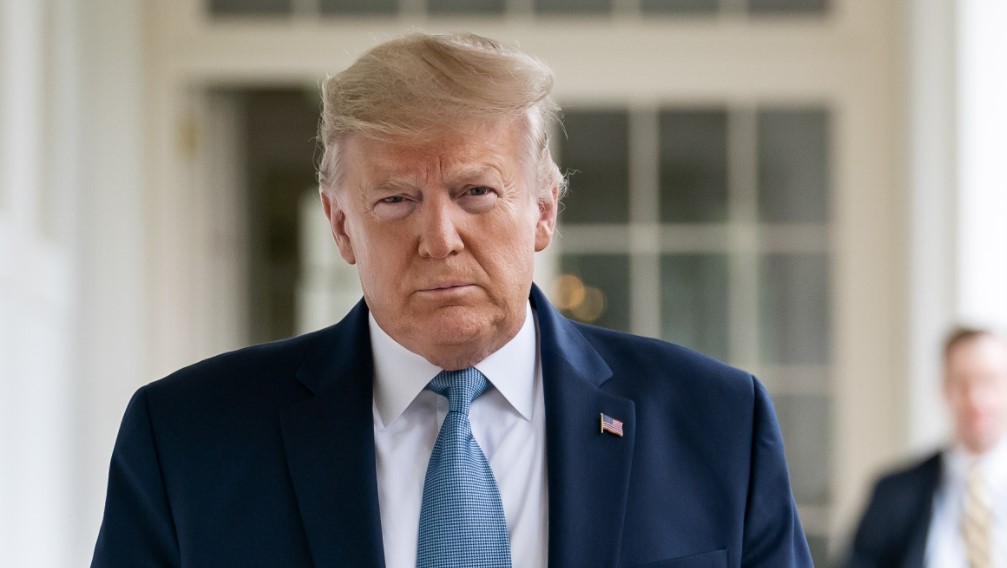 In the evening, Tucker Carlson confirmed that the National Security Agency had spied on him; feloniously unmasking his identity and leaking the contents of his email communications to Axios, among others, in a coordinated effort to discredit him.  https://www.foxnews.com/opinion/tucker-carlson-nsa-has-been-reading-my-private-emails-planned-to-leak-the-contents   Carlson’s putative crime?  He was trying to set up an interview with Russian President Vladimir Putin who NBC had interviewed just weeks before.  The actual threat:  Carlson has demonstrated an ability to unite nominally right and nominally left political forces in defense of free speech, the First Amendment, and other issues critical to the survival of the Republic.

Many will see these events as related but discrete.  They are missing the forest for the trees.  Since Donald Trump announced his presidential campaign in 2015, there has been a concerted and increasingly frantic attempt to subjugate the United States, once and for all, to the financial oligarchy centered in London, Brussels, Geneva, Wall Street, and Silicon Valley.  Censorship and the destruction of independent thought, while creating popular hysteria and fear, have been the enemy’s primary weapons.

But, at every stage of this operation, the American people and Donald Trump have demonstrated completely unanticipated and successful resistance.  Now, the oligarchs have a major problem in that more than half of the U.S. population has risen in fervent opposition to their schemes, voting for Trump in November of 2020 despite all the efforts against him. At this stage, the increasingly insane elites seem intent on overturning every previous value or norm and all past history in the name of their imagined Green utopia.  If President Trump and his allies succeed in restoring the First Amendment’s free speech provisions in his renewed offensive, the full spectrum information warfare techniques used to manipulate public perception will fail as sunlight hits them.

These information warfare operations began with coordinated surveillance and entrapment schemes conducted from London, NATO, Silicon Valley, and Washington which aimed to eliminate Trump as a presidential candidate while fragmenting his potential base of political support.  That failed.   Then the effort centered on sabotaging Trump’s presidency using the same forces and Washington’s uniparty establishment.  Prior to COVID, despite the audacious size and scope of the anti-Trump operations, they also had failed.  Major players in the intelligence community were threatened with actual prosecution for their crimes.  The final round played was the “crime of the century,” the rigging of the election against Donald Trump using the military grade full spectrum information warfare regime formerly reserved for regime change in such colonies as Ukraine.

Most of this crime occurred in plain sight:  Silicon Valley’s algorithms were changed to favor Biden.  Numerous pro-Trump internet sites were de-platformed.  The New York Post’s explosive and documented claims about how Hunter and Joe Biden profited from using the former Vice-President’s title to rake in millions of dollars from Chinese, Russian, and other oligarchs were completely censored by Silicon Valley.  Few voters knew about this before they voted.

The intelligence community, using its appendages in Silicon Valley and the main-stream media, stoked completely fake and terror-inducing narratives about President Trump’s handling of the COVID virus, painting him as a callous monster about to kill everyone through blundering incompetence.   At the same time, actual scientific explorations concerning the virus’s origins or plausible treatments were censored and banned.  Trump’s lawsuits document how Anthony Fauci and others conspired with Silicon Valley to achieve this effect.

If you understand the implications these actions had on the election, you will know that the ballot stuffing which did occur was but one final act in the orchestrated campaign.

On January 7, 2021, Silicon Valley permanently censored Donald J. Trump, the sitting President of the United States, effectively curtailing his First Amendment right to speak to his supporters and the nation at large.  He was banned from Facebook, Twitter, and YouTube and his remarks became impossible to find when using Google’s search engine.

The First Amendment protects not only Trump’s right to speak but also the rights of citizens of the United States to hear what their President has to say.  The completely unprecedented outright total censorship of a sitting American president occurred one day after a riot, facilitated and set up through the intelligence community, at the U.S. Capitol.   Trump supporters, intermixed and steered by outright police agents, were protesting the certification of a presidential election, which the Silicon Valley censors, and their intelligence community controllers had so forcefully steered.

The Trump lawsuits obviously surprised the mainstream news media, as freaked out responses accumulated throughout the 24 hours following the President’s announcement at his Bedminster, New Jersey club. https://www.constitutionallitigationpartnership.com/  “Completely Stupid,” “Going Nowhere,” “A Complete Failure,” “A Fundraising Trick,” were just some of the howls from the headlines.

Throughout their information warfare assault, the Silicon Valley giants have been hiding behind the falsehood that they are private companies and private actors.  The First Amendment, they say, only covers government censorship of speech.  Trump’s lawsuits directly challenge the idea that the companies are private actors.  What puts these lawsuits in a different manifold than the legal attempts to remedy censorship by individual private citizens is the fact that these actions were taken against the communications of the President of the United States.

Trump’s lawsuits note that Section 230 of the federal Communications Decency Act, protecting Silicon Valley from liability for their censorship and other actions, is, in effect. a huge government subsidy.  The lawsuits document sustained Democratic Congressional pressure on these companies which threatened Congressional action against them if they did not censor Trump and his supporters.  The suits also document the coordination between Dr. Anthony Fauci, a premier government agent, and Silicon Valley in censoring or flagging various of the President Trump’s statements about COVID.  In addition, statements by doctors and others which contradicted Fauci or the CDC were also censored under this explicit agreement.

Under established legal precedents, the cited coordination between the alleged “private” Silicon Valley companies and government actors, makes these companies the equivalent of government actors subject to the anti-censorship and anti-prior restraint provisions of the First Amendment to the U.S. Constitution.

Further, this theory of the case opens the door to the larger issue implicated in the campaign against Donald Trump.  Exactly what is the relationship between the intelligence community and Silicon Valley in surveillance and perception altering activities targeted at the citizens of the United States?  Exactly what is the relationship between Silicon Valley, the main-stream media, and the intelligence community --the relationship at play in Trump’s lawsuits and NSA’s surveillance of Tucker Carlson.  These questions are now directly on the table.  That is why the media is so freaked out.

Greenwald has rightly compared the present media/intelligence community relationship to that which persisted under Operation Mockingbird, where the news media did the bidding of the CIA and London’s intelligence agencies.

A full revolt against these corrupt relationships by the citizenry and in focused support of the Constitution’s First Amendment absolutely changes the terms of battle.  As a class action, citizens with viable legal claims against the Silicon Valley minders, can join the lawsuits.  Trump has vowed additional lawsuits and is kicking hesitant Washington Republicans in the rear end.  He is telling them to shed their fears and fight.

Faced with a national crisis of horrific scope in the days preceding the Civil War, Abraham Lincoln created the Republican party out of the fragmented and corrupt political palette in front of him.     His unitary theme and the focus of the platform?   Solely the Declaration of Independence and its declaration of the rights of all men and women.  Our resident historian, Bob Ingraham has wonderfully documented this. llincoln_series_4_free_speech_free_soil_free_men_how_abraham_lincoln_created_the_republican_party

Donald Trump’s lawsuits and Tucker Carlson’s continuing battle with the NSA are giant steps in a similar process which has now begun.  Once again, the nation can be saved by bringing back to vibrant life our most fundamental principles.