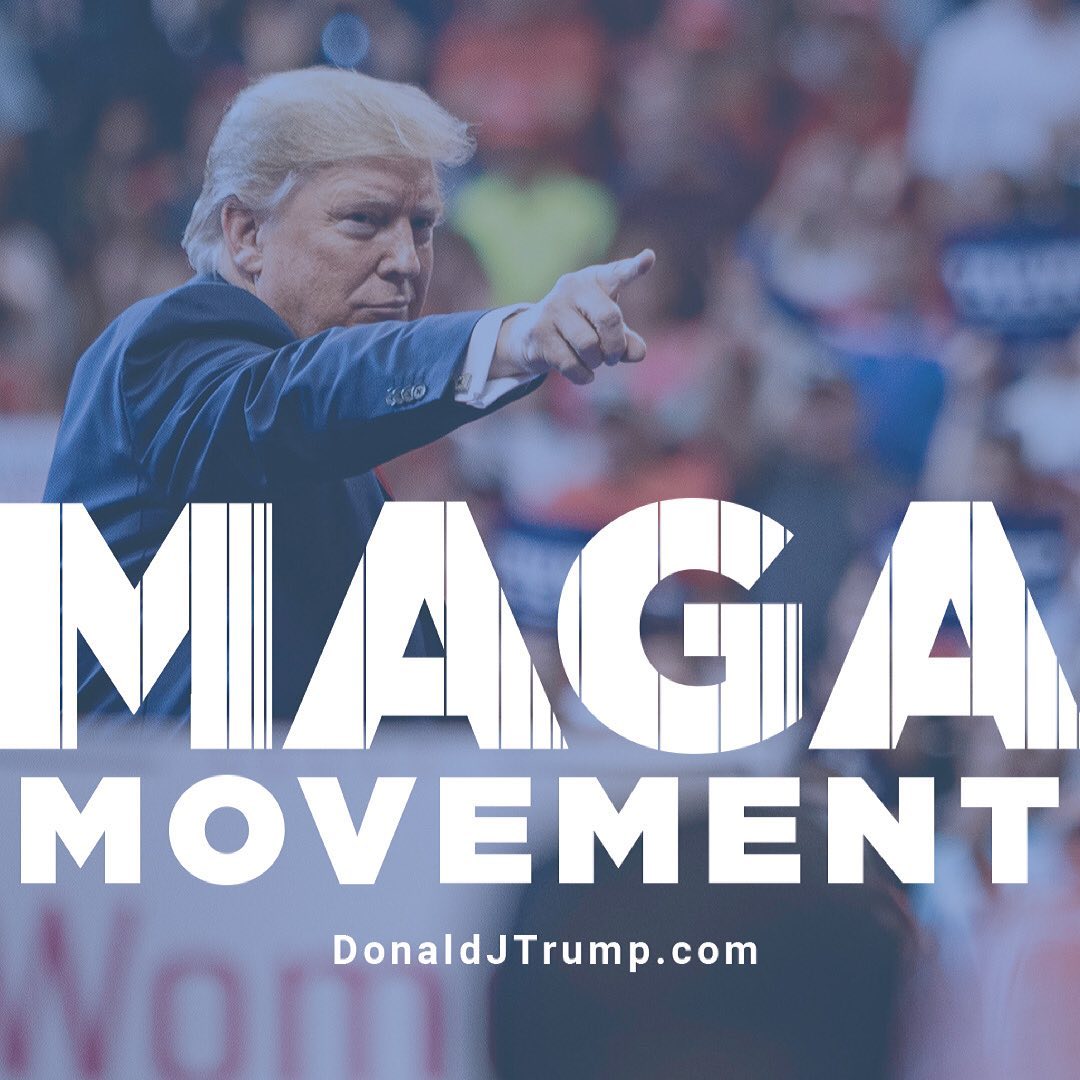 President Trump weighed in yesterday on the Biden-British carnage which is Ukraine. He, unlike the lunatic Washington D.C. Republican establishment (including those claiming to be allied with him and to represent MAGA) said that every effort must be made to establish the peace—every effort now, and urgently.  The poisonous mainstream media is poisonously parsing his text (New York Magazine somehow found his plain meaning similar to Charlottesville) or blacking it out, (Fox, OANN), or relegating it to an also ran (Newsmax).  So, here it is in full: 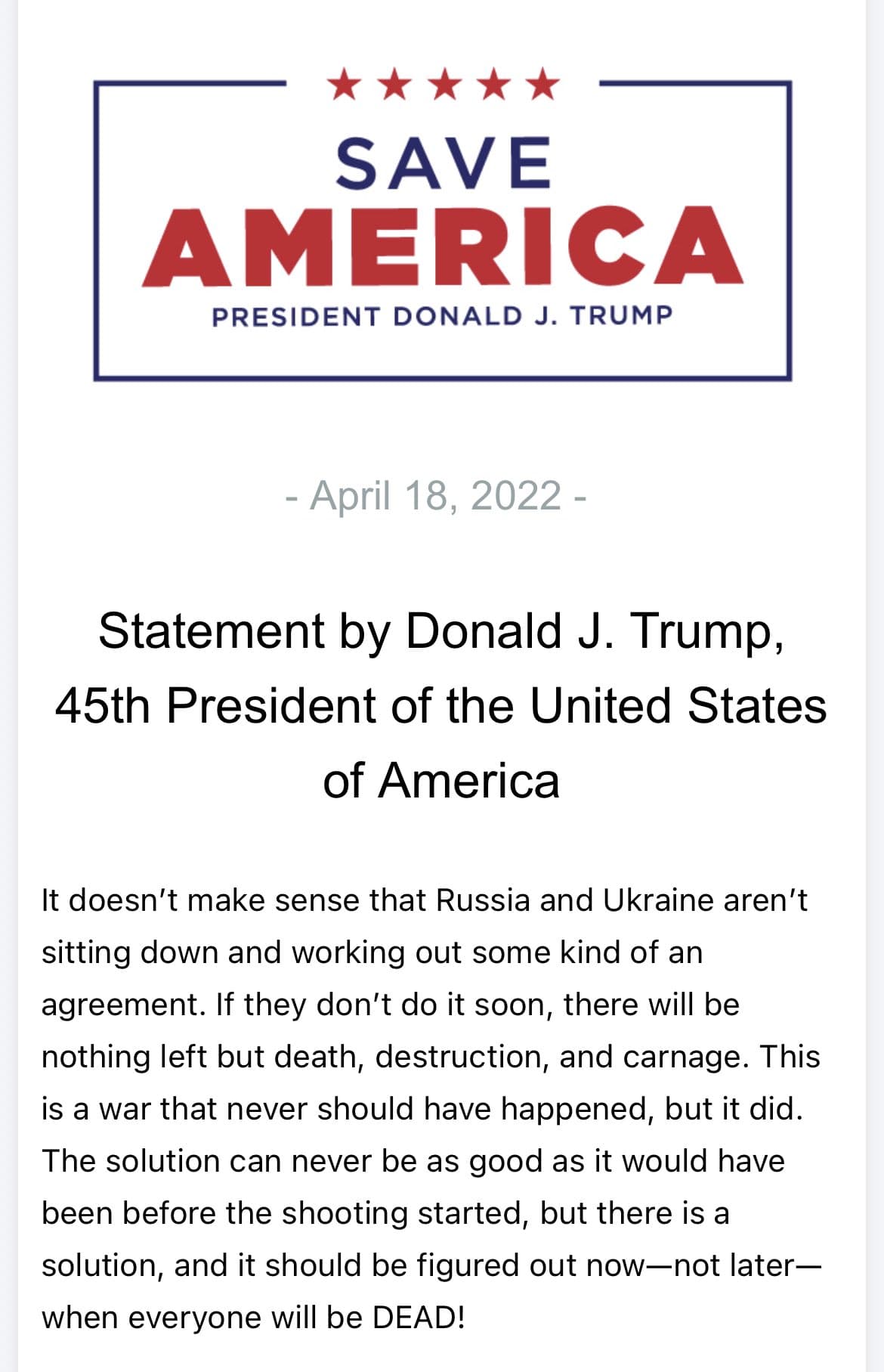 The statement comes ahead of Russia’s final assault on the Donbass, where it has encircled the remainder of the Ukrainian armed forces.  Eliminating Ukraine’s military capabilities, ensuring the security of the Russian speaking citizens of the Donbass and establishing a land bridge to Crimea, while de-Nazifying Ukraine’s National Guard militias have been Russia’s military objectives throughout the war.  Other areas have been attacked to prevent the ability to resupply Ukrainian forces in the key military target areas.

Mariupol, the fall of which propagandized citizens of NATO countries now mourn, is the headquarters of the notorious Nazi Azov Battalion, supplemented in this battle by Isis terrorists and British and other mercenaries from throughout the world.  Their situation being hopeless, they asked to surrender, but were prevented from doing so by the Ukrainian regime which cannot move without getting approval from London and Washington.   A human slaughter is what Zelensky’s controllers want and need to continue their “narrative.”  If the present course continues, a similar slaughter will take place in the battle for the Donbass.

As Tucker Carlson highlighted on April 19th, these slaughters are being used to set the terms for direct U.S. military boots on the ground in Ukraine despite the fact that 75% of Americans oppose that and despite the fact that it risks nuclear war.  Carlson pointedly said that a land war in Europe against a nuclear armed foe is one of many distractions manufactured to keep the public from understanding or acting upon the economic catastrophe now erupting in the United States. If this impending economic catastrophe is adequately understood, the American people will be in the streets, demanding that the Washington swamp, and its New York and London financier controllers, be forever excised from our midst.

Over the weekend, Joe Biden’s deepest ally in the U.S. Senate, Sen. Chris Coons, called for direct American military intervention in Ukraine, signaling that this is where Biden’s controllers want him to go.  The dean of Washington’s neo-Con establishment and husband of Tory Nuland, Robert Kagan, argues in Foreign Affairs that risking nuclear war is a sacred duty of a hegemon, like the United States.

Compare this insanity with the actual peaceful resolution of the Cuban missile crisis by John F. Kennedy and Nikita Khrushchev – both of whom proceeded with an absolute understanding that settlement of this conflict, in the hands of two individuals, would determine the future of all humanity. Donald Trump has clearly chosen to proceed as Kennedy once did.