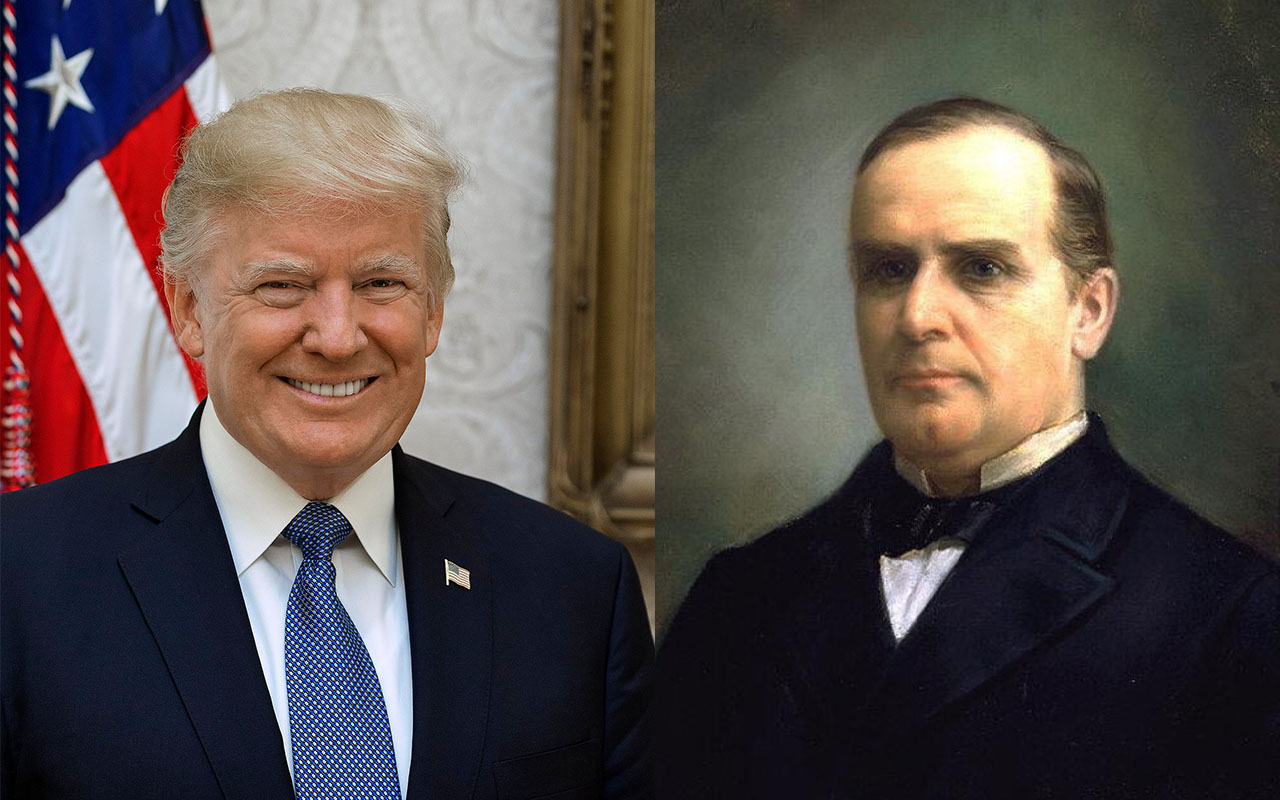 One kind you see all over television, in the government, and among officials of both political parties, corporations, and our military.   For them, there is nothing—literally nothing—they won’t say or do to keep their membership in the “club,”—i.e., in the “in” group.  They “insist that men can be women and become pregnant;  that inflation is zero;  that Biden is popular; that Russia is about to collapse; and that pedophiles are not bad people.  Oh yeah, one more:  the southern border of the United States is secure.”  For many, these are not simply lies; they are the product of a fearful mindset.  These are people who are prepared to abandon truth without even a blush.  Theirs is a world of high ambitions and low morals.

The other kind of personality echoes the English Puritan John Bunyan, who said,  “I will stay in jail to the end of my days before I make a butchery of my conscience.”  Dr. Martin Luther King quoted Bunyan in his 1963 “Letter from Birmingham Jail.”

The basic disagreement between these two species is simply this.  Are we only creatures of a moment, like fireflies—existing just a moment, even if our mortal life lasts decades?  Or are we immortal and eternal?  Is this brief, fretful life all there is—or are we here only for what the late Lyndon LaRouche always called our individual “pilgrimage to mortality?”

Thus, in 1988, while he was being framed up and soon railroaded to prison by the same corrupt apparatus which is framing President Trump today, Lyndon LaRouche traveled to West Berlin for a press conference in which he announced that the Berlin Wall would soon fall—which no one else expected at that time.  More than that, LaRouche set out a proposal for joint development of Poland, which could contribute to eventual peace between the Western and Soviet adversaries.  Regardless of persecution and his impending imprisonment, his whole mind was on his historic mission.

To the same effect, in his Sept. 17 rally in Youngstown, Ohio, President Trump vowed to endure and never to quit:  “No matter what our sick and deranged political establishment throws at me, no matter what they do to me, I will endure their torment and oppression, and I will do it very willingly.  They will never get me to stop fighting for you, the American people. I will never quit, because the fate of our country is at stake.”

He said his persecutors were aiming at the American people through him—but they will fail:  “You know what?  We’re strong and we’re smart.  We’re smarter than them.  We’re stronger than them.  There are a lot more of us.  Our cruel and vindictive political class is not just coming after me—they’re coming after you through me.  That’s what they’re doing.  And they’ve already taken away your vote.  They’ve taken away your voice, and now they want to take away your freedom.  And it’s not going to happen, by the way.”

There was one feature of President Trump’s Youngstown speech that was likely little noted by many observers, but in his discussion of President McKinley, Donald Trump revealed a great deal about the moral imperative which nourishes his personal courage.  He also demonstrated a profound understanding of American history and its relation to the urgent mission of today.

Speaking of the need to rebuild America’s productive economy, to bring back manufacturing, steel production and energy production, along with high-paying skilled jobs, Trump turned to the example of America’s 25th President, William McKinley.

Trump deliberately noted that McKinley was murdered in service to his country, and it is worth noting here that McKinley was the last “Lincoln Republican” to serve as President.  McKinley had served as a Major in the Union Army during the Civil War, and his devotion to Lincoln was absolute.  On Feb. 12, 1895, he delivered a posthumous eulogy for Abraham Lincoln, wherein he stated:

“Washington enforced the Declaration of Independence as against England.  Lincoln proclaimed its fulfillment not only to a downtrodden race in America, but to all people for all time. . .  These illustrious men achieved grander results for mankind within a single century, from 1775 to 1865, than any other men ever accomplished since first the flight of time began.”

McKinley was also the last American President who championed the American System economic policies of Hamilton and Lincoln, and this is the most salient aspect of what President Trump emphasized in his Youngstown speech.  A rough transcription of Trump’s remarks reads:

“William McKinley—he is a great president; he was the king of tariffs.  That’s why I like him.  Because he said that we don’t want other foreign powers coming in here and stealing our wealth.  He hailed from right here. [Ohio] He came in from this location.  As you know, he was assassinated, but he never got the credit that he should have gotten.  He made our country very rich.  He said that the protective tariff policy of the Republicans had made the lives of masses of our countrymen sweeter and brighter.

“He was followed by a wild man, Teddy Roosevelt.  Teddy Roosevelt goes down as a great president, but William McKinley made our country rich as hell, so that Teddy went out and spent a lot of money on doing a lot of good things, and probably some bad things too.  But he had a war chest of money because of McKinley.  McKinley tariffed like hell.  He said, ‘I don’t want countries coming in here and raping our country and stealing our jobs’.

“That was William McKinley. And it used to be Mount McKinley in Alaska. They took that name off, and that’s too bad. . .

On September 6, 1901 William McKinley was assassinated by an anarchist revolutionary in Buffalo, New York.  Twenty-four hours earlier, the President had delivered the major address to the Pan-American Exposition, a conference of nations from the Americas, devoted to science, industry, trade, and economics.  Here are a few excerpts from that speech:

“Expositions are the timekeepers of progress.  They record the world’s advancement.  They stimulate the energy, enterprise and intellect of the people and quicken human genius.  They broaden and brighten the daily life of the people.  They open mighty storehouses of information to the student.  Every exposition, great or small, has helped to some onward step. . .

“The Pan-American exposition has done its work thoroughly, presenting in its exhibits evidences of the highest skill and illustrating the progress of the human family in the western hemisphere.  This portion of the earth has no cause for humiliation for the part it has performed in the march of civilization. . . .  The wisdom and energy of all the nations are none too great for the world’s work. The success of art, science, industry and invention is an international asset and a common glory. . . .

“At the beginning of the nineteenth century there was not a mile of steam railroad on the globe.  Now there are enough miles to make its circuit many times.  Then there was not a line of electric telegraph; now we have a vast mileage traversing all lands and seas.  God and man have linked the nations together. No nation can longer be indifferent to any other. . . .

“My fellow citizens, trade statistics indicate that this country is in a state of unexampled prosperity. The figures are almost appalling. They show that we are utilizing our fields and forests and mines, and that we are furnishing profitable employment to the millions of workingmen throughout the United States, bringing comfort and happiness to their homes and making it possible to lay by savings for old age and disability. . . .

“Who can tell the new thoughts that have been awakened, the ambitions fired, and the high achievements that will be wrought through this exposition?  Gentlemen, let us ever remember that our interest is in concord, not conflict, and that our real eminence rests in the victories of peace, not those of war.  We hope that all who are represented here may be moved to higher and nobler effort for their own and the world’s good, and that out of this city may come, not only greater commerce and trade, but more essential than these, relations of mutual respect, confidence and friendship which will deepen and endure.

“Our earnest prayer is that God will graciously vouchsafe prosperity, happiness and peace to all our neighbors, and like blessings to all the peoples and powers of earth.”

McKinley’s words are a declaration of both the mission and potential of the American Republic, if that Republic has leaders whose morality and devotion are stronger than the vicissitudes of the moment.  Trump has declared McKinley a “Great President.”  He has named him a guide to the economic approach needed today. Thus, the great President who was assassinated before we were born, still lives on within today’s Americans. Thus, our fight is not lost.  The terrible damage done to our nation is not yet permanent.  And, a light has arisen which spurs our conscience to even greater accomplishments than those of our forebears.  The way forward now depends on our actions.