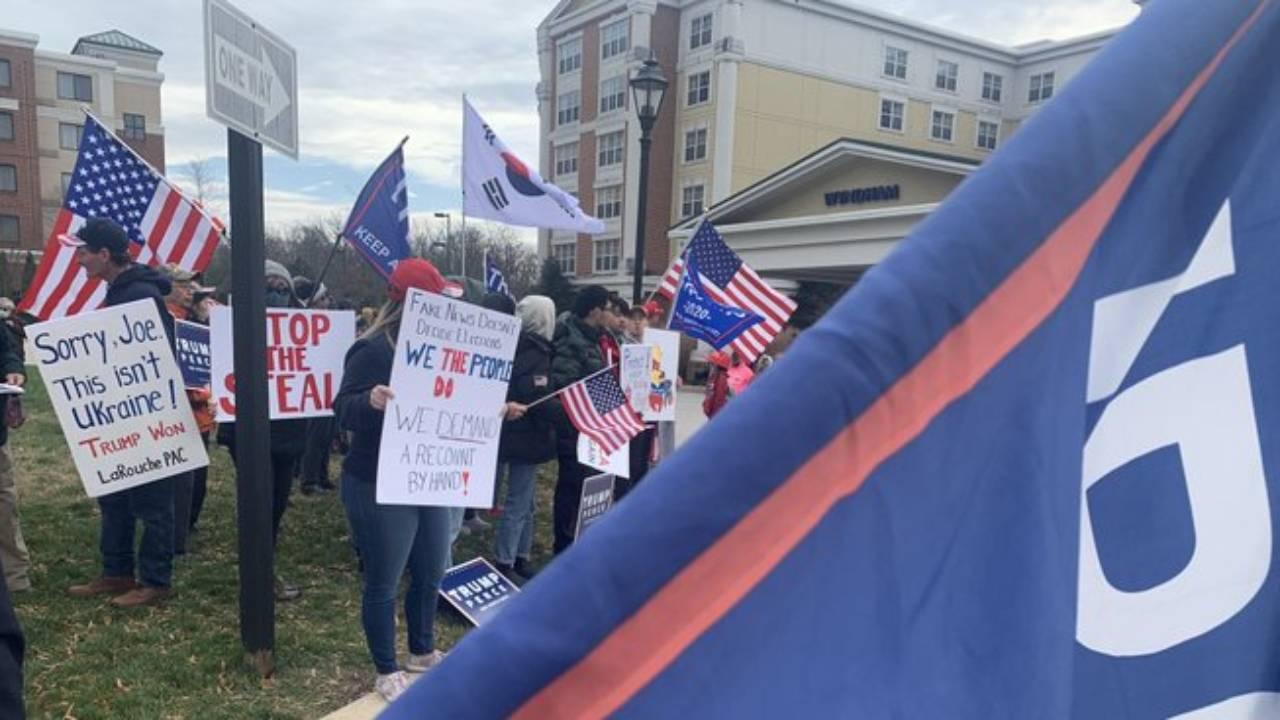 A special panel of Pennsylvania legislators convened in Gettysburg, on Wednesday to hear evidence of vote fraud in the November 3rd Presidential election. The overwhelming conclusion was stated by President Trump who addressed the panel by phone:

Pennsylvania’s legislature, like all state legislatures, has the power to decertify fraudulent votes, call for a new election, and/or dictate the manner electors are sent to the electoral college, as emphasized by Trump Campaign legal counsel Jenna Ellis. Separately, in Pennsylvania’s state court, a judge has halted certification of votes until an emergency hearing to be held Friday. The Trump Campaign continues to press lawsuits in Nevada, Georgia, Arizona, and other states while simultaneously pressing for similar hearings as that of today in state legislatures.

The Democratic Party operatives, their Mainstream media co-conspirators, and the intelligence community aiders and abettors who conducted the fraud are screaming. They are floating prosecuting the president’s attorneys while subjecting them to enormous harassment. Like those involved in the Russiagate conspiracy they were sloppy and they got caught, a similarity President Trump referenced in his remarks yesterday. Republican lawmakers inhabiting the D.C. swamp, together with their Fox TV comrades, are treating this effort as a good civics lesson for elections in the future rather than joining the all out war for the Republic which the President is waging.

In addition to the overt ballot fraud, evidence has emerged from the studies of Dr. Robert Epstein showing that the rigging of Silicon Valley’s algorithms to favor Democrats in searches swung a minimum of six million votes to Democrats. Additional studies quantifying the impact of the complete censorship of Trump’s accomplishments and the creation of a fake monstrous image of him while completing censoring Joe Biden’s perfidies also swung enough votes to determine the election.

The Pennsylvania hearings were organized by State Senator Dr. Doug Mastriano, a retired Army combat officer and military historian. He opened the hearing by noting the historic significance Gettysburg, quoting the last line from Lincoln’s Gettysburg address, “that this nation, under God, shall have a new birth of freedom -- and that government of the people, by the people, for the people, shall not perish from the earth.” Mastriano, who served in Afghanistan, said he had asked Pa. Secretary of State, Kathy Boockvar, “How come elections in Afghanistan are more free than Pennsylvania?…We are here to find out what happened in this election.” By Thursday morning, Mastriano had been banned from Twitter.

The panel heard from the Trump campaign’s chief lawyer, former NYC Mayor, Rudy Giuliani who presented a detailed summary of the evidence compiled so far of election irregularities that call into question more than 600,000 votes cast primarily in Pittsburgh and Philadelphia—enough to overturn the election and certify President Trump as the winner in Pennsylvania. Giuliani was followed by nearly two dozen witnesses who provided eyewitness accounts and forensic evidence that indicates that large numbers of fraudulent votes were cast and that the forensic record had been deliberately destroyed so as to make a full audit of the election impossible.

The mood of the participants, both legislators, witnesses and observers was confident and determined to see that the republic that had been founded in Philadelphia would be protected.

President Trump summed this up in his remarks:

“Don’t worry about bravery. The people who talk the most are not the one’s you have to worry about. They’re all talkers. They intimidate. Thank you for what you’re doing. I really appreciate it and the country appreciates it”

Sen. Mastriano concluded, “We’re not going to let this stand.”

Late Wednesday, Sidney Powell filed her long anticipated lawsuit in Georgia. LaRouche PAC has not had the time to analyze it. We will be presenting, over the weekend, a complete roundup of this battle as well as key video excerpts from the Pennsylvania hearing. Patriots in the battleground states, you know who you are. Call your state legislators and demand that fraudulent votes be decertified and that full emergency hearings must be held.