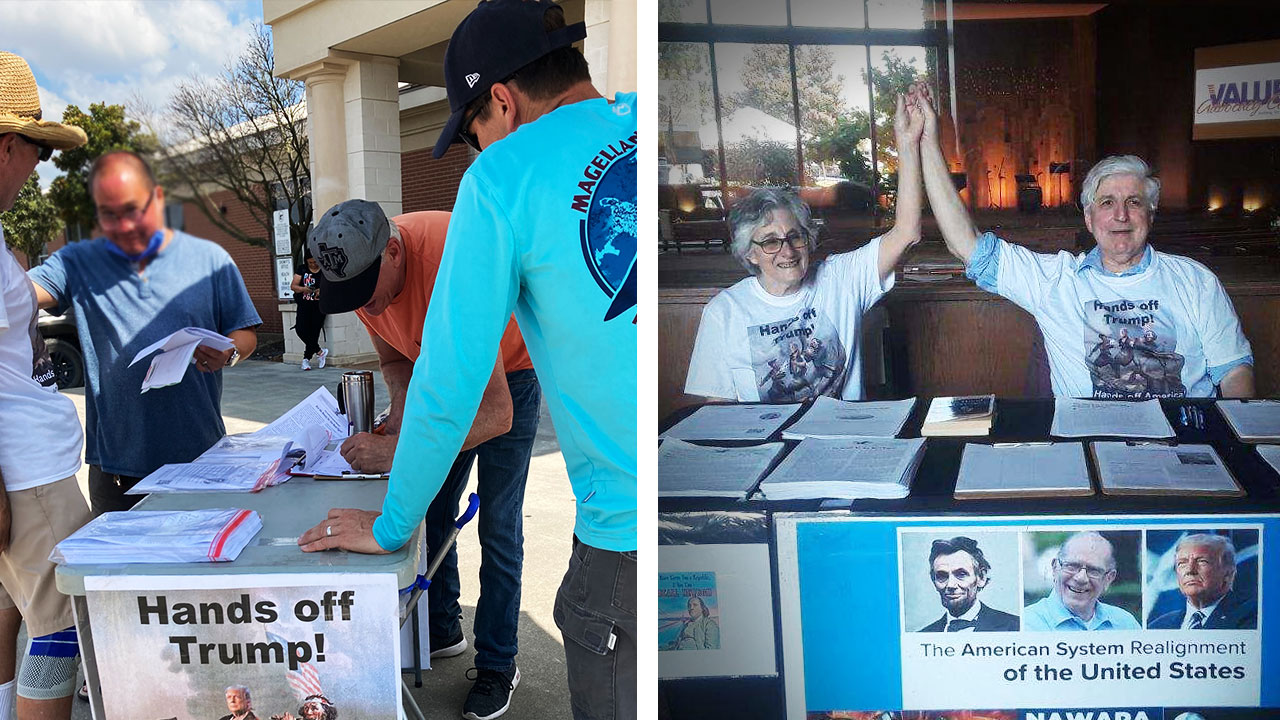 First, a word from our inspiration: a selection from Percy Shelley’s Masque of Anarchy, the poem which every patriot of this nation should take to heart now:

And many more Destructions played
In this ghastly masquerade,
All disguised, even to the eyes,
Like Bishops, lawyers, peers, or spies.

Last came Anarchy: he rode
On a white horse, splashed with blood;
He was pale even to the lips,
Like Death in the Apocalypse.

And he wore a kingly crown;
And in his grasp a sceptre shone;
On his brow this mark I saw -
'I AM GOD, AND KING, AND LAW!'

On August 10th, a veteran fifth grade teacher, Laura Morris, stood before the Loudoun County, Virginia Schoolboard, and emotionally resigned from doing what she clearly loved to do, teaching and inspiring young minds. Her revolt was against the Board’s devotion to the “Woke” agenda.  This agenda is the synthetic product of Washington’s political class, its PR firms and subsidized NGOs and think tanks, Republican and Democrat alike, and the country’s multinational corporations.

They share a plan to shred the sovereignty of a once great nation, incorporating it once and for all into the modern Anglo-Dutch Empire.  The Empire operates from the City of London, its offshore financial havens, and Wall Street and Brussels.  Their game, on a Devil’s Chessboard, consists of dividing targeted nations against one another.  In each nation subject to their rule, they are exploiting identity politics to divide the working and middle classes against one another.  Four-year olds in Sweden are now being ordered to declare their sexual identities.

Profiled and manufactured emotions and tribal hatreds, driven by the internet and mass media, distract the masses in hot single-issue politics and justified outrage, while the satanic elites work on a global level to reorder the world’s economies to their benefit.  Their branding slogans for their imposed “Woke” death cult: The Great Reset, the Green New Deal.  They are using the seismic shock of the COVID pandemic to impose it, just as they used COVID to steal the presidential election.

They act knowing that the natural interest of the “lower” classes is to deprive these elites of any power whatsoever.  So says, our Declaration of Independence.

The Loudoun County Board, like many other school boards across this rapidly devolving nation, stared at Morris impassively, not commenting, and moved on.  This evil indifference is being re-enacted throughout the nation as parents express their outrage to stone faced bureaucrats who refuse to even acknowledge their presence or their arguments.  After all, Morris, like others, had just declared herself to be “one of those” people, the ones challenging the power members of this Board imbibe as minor apparatchiks executing the diktats of an emerging fascist corporativist state.

The Loudoun Board’s unspoken message: “We know better, your children are really ours now for their own safety.” The Loudoun Board had already determined to adopt critical race theory and affirmative action for transgender students.  The next step, as in Oregon, will be the abolition of all standards in reading, writing, and math, as the menticide against an entire generation, under the banner of “equity,” proceeds.

But, to the nation itself, Laura Morris is a hero, and she is receiving accolades from thousands of people across the nation.  People she does not know celebrate her because she spoke up.  And in Loudoun County, citizens are now petitioning to recall this entire Board of soulless sycophants, determined now to replace them.

Lyndon LaRouche, like his historic partner in dialogue, Aeschylus’ Prometheus, foresaw this fascist turn when Richard Nixon, acting on behalf of the British Empire, destroyed the post-war Bretton Woods monetary system. That happened officially 50 years ago on August 15, 1971.  As the result of this, and the accompanying Boomer cultural revolution, the nation was deindustrialized, dumbed down, becoming a purposeless consumer society importing people from other nations at low wages to do most of the “work.”  The natives, particularly those of white European stock, were to be kept entertained by sports, sex, and drugs and soon began dying off, predictably, from suicides and deliberately targeted opioid slaughters.

LaRouche said this descent started in 1964, with the takedown of NASA, the invention of a new religion called “the post-industrial society,” or “triple revolution,” and the assassinations which followed of the nation’s leaders” John F. Kennedy, Robert Kennedy, and Martin Luther King.  LaRouche, who tried to rescue the Baby Boomer generation from its own delusions, insisted that the emerging Boomer culture rightly opposed the Viet Nam War but for the wrong reasons.  They lacked the courage or patriotism to fight on behalf of their country under any circumstances.  Instead, they readily succumbed to the culture wars, run from the CIA, the Ford Foundation, and their Madison Avenue allies.  They joined a globalist “cultural revolution” founded on dope and personal hedonism, a culture appropriate to a decadent and declining society.

In their march through the institutions, the Boomers never lost their hatred and disdain for the working classes of all races and sought only their own narcissistic fame and monetary riches.  Witness Barack Obama and his appendage, the corrupted and mentally vacant Joe Biden.  Or, the jowly pig, Senator Mitch McConnell and his band of corrupt Republicans who claim, as absolute imposters, the mantle of Abraham Lincoln.

Donald Trump kicked over this entire decadent 50-year-old chessboard.  In doing so, he awakened a sleeping giant, namely, the majority of the citizens of the United States.   He moved to end the endless wars this nation has conducted on behalf of the world’s oligarchs rather than in our own sovereign interests; debacles which began with the war in Viet Nam and continued through the failed war in Afghanistan now unfolding on our television screens. Donald Trump moved to restore our sovereignty, withdrawing from the main globalist institutions of the oligarchy, and ending the drug cartel driven human slave trade on our southern border. He sought to make the United States a self-sufficient full set industrial economy again.

In response, a lawless four-year hate campaign was conducted against him and the majority of Americans who rallied to support him.  This war continues now ferociously.  The President was censored while still in office.  From the time he started his campaign, the world’s elites have been fixated with jailing him or otherwise driving him permanently from public life. His associates were prosecuted and jailed and ostracized.  A presidential election was stolen after phony and corrupt impeachment efforts failed to remove Trump from office.  A pandemic came and was politicized, killing hundreds of thousands.  It was made to serve the purpose of the presidential election thieves.

In the first months of the Biden occupation of the White House, a deadly poison, Fentanyl, flowed freely across the open Southern border along with a monstrous modern slave trade run by drug cartels and conveying what will be millions of people into the United States. No one really knows who the migrants are, be they terrorists, criminals, or desperate people seeking life away from the certain early death which visits those unfortunate to live in the failed states of the world—states killed by the Malthusian neo-liberal policies of Biden and the people running him.  No one knows where the Biden collective is placing them, although there is substantial suspicion they are being placed in Red States as part of a Democratic plan to win the next election by use of indentured servitude.

The inner cities of the nation count every weekend the toll of murdered children and young adults, caught in the anarchy of drugs, gang violence, and the George Soros led dismantling of the criminal justice system.  The dishonored police quit in droves. Our own life expectancies are now in steep decline.  Dissenting voices are being crushed and censored, as a surveillance regime which would make the Stassi blush is imposed nationally from Washington and citizens are urged to rat out their neighbors.

At the same time, inflation, created by the Federal Reserve and the Biden collective to finance their Green New Deal while continuing the bailout of the world’s speculative economy commenced in 2008, is outpacing the ability of the population to finance its existence.

This is the record Washington’s elites ask us to vote for in the upcoming 2022 elections, a campaign season which commences in full this Fall.

Lyndon LaRouche resurrected and advanced, through original historical studies and his own scientific studies, the great and unique American System of political economy.  It is founded on the ideas used by Alexander Hamilton, Abraham Lincoln, and Franklin Roosevelt to implement the preamble of the U.S. Constitution.  That document charges us with promoting the general welfare on behalf of ourselves and our posterity.  The motor of its development consists of a culture which calls forth the creativity which exists in every human being.  Great progressive leaps in science and technology serve the pursuit of happiness by an expanding population which lives to create a better future. Private banking and trade are driven by the overarching mission to serve the prosperity of the very same advancing population.

We will be everywhere this Fall.  Organizing in the California recall.  Seeking out and educating candidates for the midterms.  Defeating the Biden collective’s Green agenda.  Recruiting a new movement of youth—for it is through the young that all great renaissances are created.  That is why the minds of every generation after the Boomers have been so viciously and ruthlessly attacked by a permanent campaign of chaos, confusion, and inculcated irrationality.  Barack Obama perfected this, setting up internet chatrooms in which armies of information warriors practiced their behavioral black arts to brainwash the unwashed into “correct beliefs” or impotent destructive rage and insanity.

Now, the great task before us is the replacement of this entire rotten elite with an educated citizenry prepared to exercise political power on behalf of a nation which has once again discovered the principles of its founding.  The 2022 midterms must be fought, as Abraham Lincoln’s founding of the Republican Party was fought, based on the principles of our founding.

Percy Shelley posits, in the Masque of Anarchy, that Hope, or Optimism is a physical force in the Universe.  That is the same thing Trump told the assembled cultural pessimists of the World Economic Forum at Davos on January 21, 2020.

Since they persist in opposition to the actual laws of the universe, our enemy has a fatal problem.  The issue is whether we allow them to take us all down with them or whether in defeating them, based on the principles of our founding, we cause the great rebirth which this suffering nation so deserves.

As if their own indignant Earth
Which gave the sons of England birth
Had felt their blood upon her brow,
And shuddering with a mother's throe

Had turnèd every drop of blood
By which her face had been bedewed
To an accent unwithstood, -
As if her heart had cried aloud:

'Men of England, heirs of Glory,
Heroes of unwritten story,
Nurslings of one mighty Mother,
Hopes of her, and one another;

'Rise like Lions after slumber
In unvanquishable number,
Shake your chains to earth like dew
Which in sleep had fallen on you -
Ye are many - they are few.’