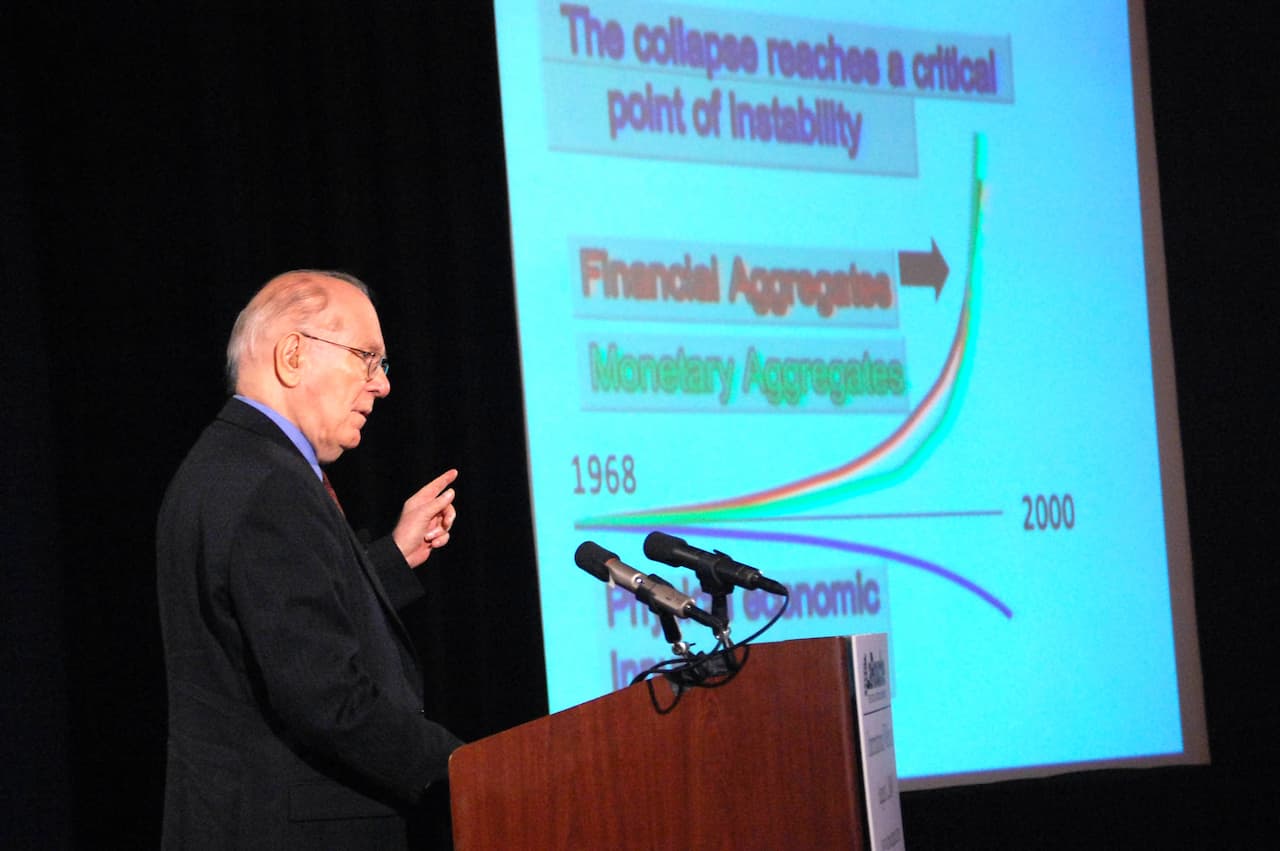 We thought long and hard about how to mark the occasion.  We could provide you with a flood of his remarkable videos for LaRouche PAC or from his presidential campaigns, so prescient in forecasting in detail the strategic crisis which is now fully upon us and the means to overcome it.  But, somehow, this moment requires something more from you and for you than a fleeting demonstration of this man’s genius, the force of his personality, or the beauty of his soul.

LaRouche was a life-long advocate of Percy Shelley’s “In Defense of Poetry.” He often quoted Shelley’s conclusion that “the most unfailing herald, companion, and follower of the awakening of a great people to work a beneficial change in opinion or institution, is poetry.  At such periods there is an accumulation of the power of communicating and receiving intense and impassioned conceptions respecting man and nature.”  We are in such a period now, as an awakened population will either launch a third American industrial revolution or this country and the world will drift into the unimaginable tragedy of a New Dark Age.

In that light, there is no substitute for sustained study and struggle with Lyndon LaRouche’s most profound ideas.  Through this, you develop the resolute will to realize those ideas and finally “get,” in the way that we think he intended, what this great man was all about.

We refer you to two of LaRouche’s writings as appropriate for the moment: “What is God, that Man is In His Image?” and “The True Statesman, The Historical Individual”  Read them, discuss them with friends and family, bring us your questions and thoughts.

While the title of the first piece gives away its provocative and profound content, the second piece reflects on the qualities of leadership necessary at turning points in societies and cultures, the absence of which results in history’s greatest tragedies.  How do societies organize themselves so as to nurture and foster individual creativity, the singular economic cause of all successful societies?

“During each tragic moment of great crisis, every nation, every culture is gripped by the need for a sudden and profound change in its quality of leadership,” LaRouche writes. “Its survival then depends upon its willingness to choose a new quality of leadership which is typified by those extraordinarily exceptional individuals who stood, in retrospect, like immortal souls, apart from and above mere popular taste of their time.  . . . The adequate leader for a moment at the brink of systemic crisis, like the scientific discoverer at a critical juncture in his work, must lead the nation away from its suicidal instinct, to adopt sweeping changes in the axiomatic assumptions on which that society has been operating up to that point. The would-be, ‘practical’ leader, who seeks approval from the authority of prevalent popular opinion before acting, is, like Hamlet, a menace to his nation.”

This Saturday’s LaRouche PAC class will continue this focus with a discussion of LaRouche’s vision for space colonization.  It will feature his 1988 presidential campaign video, “The Woman on Mars.”