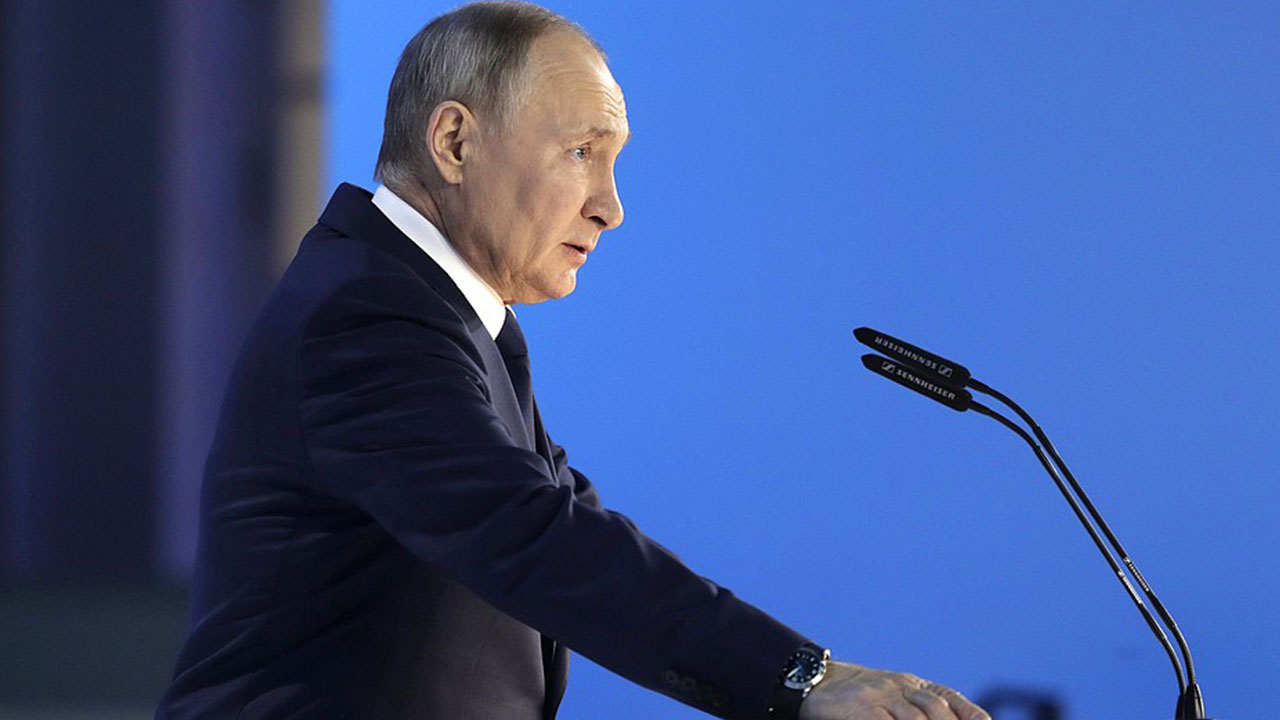 As always, President Putin’s talk was that of a leader who familiarizes himself with all the conditions facing his citizens, and makes himself practically responsible for the welfare of the whole country and each of its citizens—as President Trump did, quite unlike any other twenty-first century American President.

Putin chronicles a fight for survival of the Russian nation against COVID-19, which was alike in spirit, if not in scale, to World War II—which the Russians call “The Great Patriotic War.” Now, after the end of Communism and the end of the 1990s rule by the despicable London stooges Jeffrey Sachs and Larry Summers, such a national fight-to-the-bitter-end is again feasible for Russia whenever its existence is threatened—and any potential aggressor had better be aware of that.

The success of the three Russian Covid vaccines—which was just as great as that of President Trump’s “Warp Speed”—as well as Putin’s order to create the ability to find a test for the next unknown disease within 4 days of its outbreak, were both triumphs of the same Russian military-scientific-industrial complex which launched mankind into the Space Age a lifetime ago in 1957. That complex is still there, and still uniquely effective, while that of the United States has crumbled, leaving NASA alone as our only still-competent agency of that type. The rest of our defense-industrial complex mostly just enriches defense contractors for Utopian pixie-dust (like the F-35 for example) which has nothing to do with real war.

Putin’s call for free medical care for all, and for building of more hospitals, must be further evaluated. Sources claim that Russia has the highest ratio of doctors per citizen of any country in the world, while at the same time, it is reported that there are effectively two medical systems, one for the majority, and another for the better-off.

Much of his address was devoted to the continuation of Putin’s years-long struggle to increase Russia’s population, which has remained static despite his many pro-maternity measures, his encouragement of immigration, and his raising life expectancy from a low of 58 for men and 64 for women under Sachs and Summers, to 70.3 years average in 2019 and a promised 78 by 2030. As Putin noted, Russia is suffering under the combined delayed effects of World War II, which killed an estimated 26 million Russians, and of Jeffrey Sachs’ and Larry Summers’ rule in the 1990s, which some Russians have said caused more damage than even the war. There was no “Baby Boom” in Russia, but the opposite–because reportedly most men age 16-20, and millions of other men and women as well, were killed in the war. Similarly, most of what would have been today’s 20-30 year-olds were never born at all, because of what Sergei Glazyev has rightly called the “genocidal” conditions of the 1990s.

Further, in 2018, the total fertility rate across Russia was estimated to be 1.6 children born per woman, well below the replacement rate of 2.1, and one of the lowest fertility rates in the world. As both effect and cause of this, the country has one of the oldest populations in the world, with an average age of 40.3 years, according to Wiki.

More generally, it is clear that today’s Russia, despite all its great advances, still suffers from forms of some of the same problems that Lyndon LaRouche pointed out in the 1970s and 80s, and which he hoped to overcome with the help of a joint US-Soviet SDI program. These include the low general level of civilian economic performance, even given the world-leading character of the military-industrial complex. They also include the related Gogol-like vulgarity, corruption and indifference of much of the civilian bureaucracy, by contrast with the crisp efficiency of their military-scientific counterparts. How else do you explain why Putin lectures and threatens the government bureaucracy in so many of his addresses, and warns them, as he does here, not to paralyze private entrepreneurs with red tape—and, one can only assume, with requests for bribes.

It seems paradoxical that this backwardness persists in a Russia which today has more college graduates per capita than any other country–over half the population, compared with one-third in the US—even at the same time that our own educational system is vastly inferior to Russia’s in quality. Russian college and postgraduate degrees are not “anti-racist basket-weaving” degrees as so many of ours are. They tend to be engineering degrees, where only a small portion of ours are engineering degrees, and most of those few are earned by foreigners.

Russia had a dramatic, extreme shortage of housing throughout the Soviet period, and it is obvious that it still continues today, from the mammoth targets Putin set out from the podium yesterday.

On transport infrastructure, Putin promised a high-speed motorway from Moscow to Kazan on the Volga. But we have to remember that the original plan was not for a highway, but for a high-speed railway, which would later proceed onward to Beijing. There was no mention whatsoever of that railway yesterday.

Russia’s problems are compounded by illegal sanctions imposed by the European Union and the US (mostly the US Congress). But it should be noted that it has no national bank to issue credit for economic improvements, and is forced to follow the rules of a Bank-of-England type Central Bank for a convertible currency. The Russian Welfare Fund accumulates money from raw-materials exports, but under rules which force the great bulk of the money to remain idle.

Russia has no Federal capital budget, as West Virginia’s Democratic Senator Manchin has just proposed for the US in his infrastructure bill.

Yet at the same time, recent years have seen startling improvements in Russian agriculture. Russia, which was a grain importer under the Soviets despite its expanses of fertile land, has become the world’s largest wheat exporter in recent years. What we know of this is that European food imports were blocked in retaliation for the EU’s sanctions against Russia, while more plentiful credit was provided on good terms to farmers. But this whole development must be studied more carefully. Unfortunately, it is Cargill and the rest of the international grain cartel which handle Russia’s grain.

At the end of his address, President Putin appropriately warned those who would cross red lines against Russian sovereignty, that if they went ahead and did so, they would regret it more than they had ever regretted anything in their lives.

For the moment, fake president Biden and his Nazi-riddled government of Ukraine heeded Putin’s warning (given them before this speech), and stepped back from their threats against Crimea and the Donbass.  But they apparently planned a coup-attempt in Russia’s neighbor Belarus at the same time.

In conclusion–we are not observers. Russia is America’s oldest and strongest ally against the British Empire, despite the Cold War which ended 30 years ago. Its military-scientific complex is an irreplaceable treasure for humanity, as Gottfried Leibniz knew it would be when he launched it in the 17th Century. Russia is not only our historic, natural and indispensable partner in space exploration, but also in the launching, with America, China and India, of the new world credit system Lyndon LaRouche designed to overcome the era of man’s imperial tutelage and backwardness. What happens in Russia–whither Russia?–is among the most important questions confronting every member of our human species.