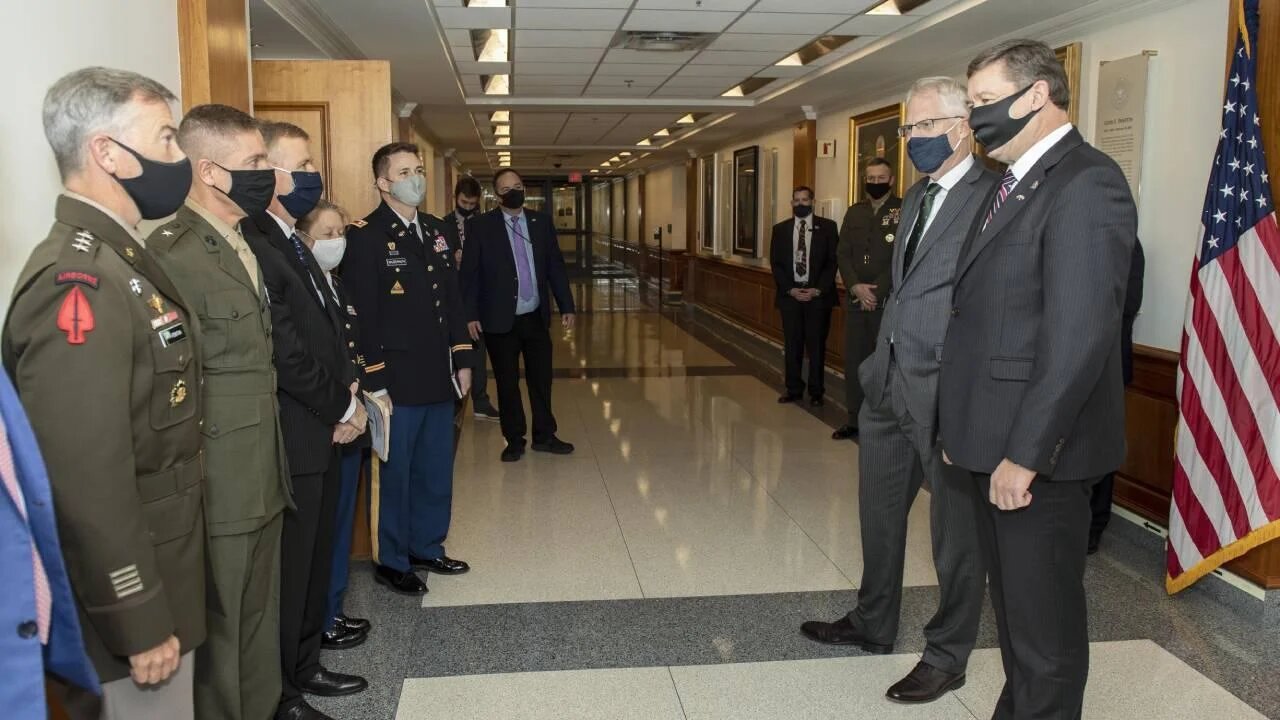 Here is the crux of Acting Defense Secretary Christopher Miller’s First Memorandum to the nation’s military.

“As we prepare for the future. we remain committed to finishing the war that Al Qaida brought to our shores in 2001. This war isn't over. We are on the verge of defeating Al Qaida and its associates, but we must avoid our past strategic error of failing to see the fight through to the finish. Indeed, this fight has been long, our sacrifices have been enormous. and many are weary of war -I'm one of them - but this is the critical phase in which we transition our efforts from a leadership to supporting role.

“We are not a people of perpetual war -it is the antithesis of everything for which we stand and for which our ancestors fought. All wars must end. Ending wars requires compromise and partnership. We met the challenge; we gave it our all. Now, it's time to come home. As I consider the scarring but ennobling experience many of us have undergone during this war, the words of Abraham Lincoln during his second Inaugural Address bring me strength, perspective, and confidence: ‘With malice toward none; with charity for all; with firmness in the right, as God gives us to see the right, let us strive on to finish the work we are in; to bind up the nation's wounds; to care for him who shall have borne the battle, and for his widow, and his orphan -to do all which may achieve and cherish a just, and a lasting peace, among ourselves, and with all nations.'”

Christopher Miller will be assisted by Col. Doug MacGregor and Brigadier General Anthony Tata, both newly appointed, in order to implement this goal. MacGregor and Tata are veterans of Afghanistan and have long advocated ending that fruitless and destructive war. MacGregor is also no friend of the bombastic, blubbering Secretary of State, Mike Pompeo, stating that Pompeo has been made rich by “the Israeli lobby.”

The new acting Under Secretary of Defense for Intelligence is former National Security Council official Ezra Cohen-Watnick, a top aide to Lt. General Michael Flynn in Flynn’s short tenure as National Security Adviser, before Obama’s intelligence officials moved to politically assassinate Flynn and remove him. They used a long running and totally bogus “Russian spy” defamation campaign against Flynn and then began his still pending frameup prosecution. Watnick tipped off Congressman Devin Nunes, then head of the House Select Committee on Intelligence, as to the Obama White House’s illegal spying campaign against candidate and then president elect Trump and was a key figure in throwing the initial light on the coup being run against the President.

Acting Defense Secretary Miller will also be joined by Kash Patel as chief of staff. Patel, is credited by Nunes and the coup plotters themselves as the investigator who cracked the code of Russiagate and revealed it to be a completely illegal Five Eyes intelligence operation directed first at electing Hillary Clinton and then delegitimizing the Trump Presidency. The former chief counsel to Nunes, Michael Ellis, has also been newly installed as General Counsel to the NSA, over the objections of the current NSA Director General Paul Nakasone.

As LaRouche PAC has repeatedly pointed out, in Washington, “personnel is policy” and it is impossible for the President to declassify all the documents proving that an illegal coup d’etat has been afoot without getting the swamp’s holdovers out of the way. As noted by former NSA Technical Director Bill Binney, the NSA has records of everything that has gone on which can be accessed and disclosed. General Nakasone has almost violently resisted this. The head of the NSA reports to the Secretary of Defense. In that role, Mark Esper backed Nakasone’s stone walling. Both believed that they would be able to carry their coverup over the finish line of a Biden inauguration. CIA Director Gina Haspel and FBI Director Chris Wray are also on the chopping block, according to White House sources.

According to the hair on fire seditionist main stream media, the President has “decapitated” the defense and intelligence establishment. In reality, he is throwing the seditionists out of the way and preparing for a full disclosure to the nation of the illegalities thrust on us over the past four years as the very same defense and intelligence establishment sought to completely delegitimize and overthrow the current President of the United States.