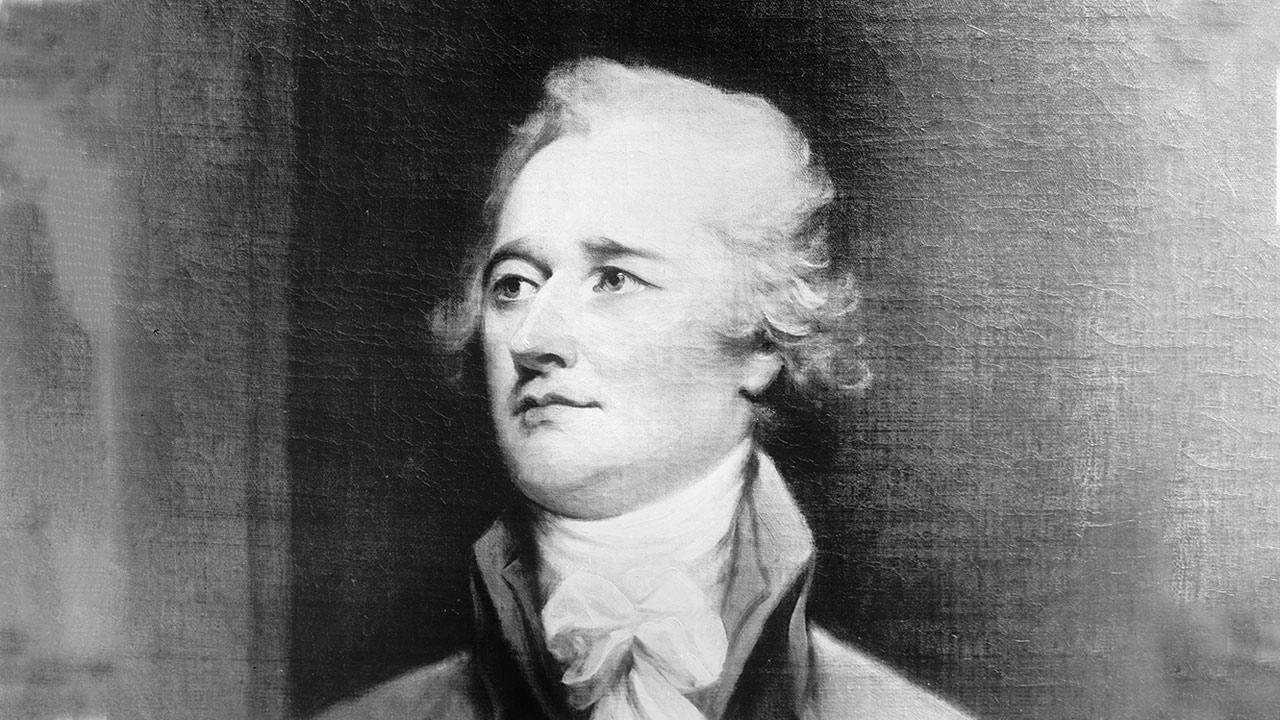 In a recent article “Alexander Hamilton, Enslaver?”, the New York Times once again purposely skews the true history of the American Revolution and seeks to discredit and disparage those who fought and gave their lives to free our republic from the British Empire. By so doing, the Times does a gross disservice to its readers as well as young students attempting to embark on a truthful study of American history, which is now being clouded by a steady drumbeat of such "reporting" from the New York Times and others. Are we now going to see statues of Alexander Hamilton torn down, alongside those of Abraham Lincoln and Ulysses S Grant?

Not only was Alexander Hamilton one of the most vocal anti-slavery Founders (along with Benjamin Franklin in his later years), but he understood in principle that a successful science of economics depends upon the complete repudiation of the system of slave labor (as practiced for centuries by the British Empire around the globe) and a recognition that the most valuable resource of any national economy is the increased creative powers of the human mind which in turn increases the productive powers of labor through discoveries and inventions, a principle antithetical to the enslavement of human beings as beasts. (See his Report on Manufactures in which he declares, "To cherish and stimulate the activity of the human mind... is not among the least considerable of the expedients by which the wealth of a nation may be promoted.").

This is a principle that modern neo-liberal economists explicitly reject in the name of naked monetarism and utilitarian market value, which measures economic value by a mere profit metric alone and has led to the brutal slave labor conditions which are suffered by hundreds of millions of human beings around the world still to this day, leading to famine, squalor, disease, violence, and war. Unlike today’s Malthusians who insist that human beings are merely beasts to be culled, Hamilton placed the inherent sacred creativity of every human being at the very center of his economic and political philosophy.

It is in fact the continued denial of access to the application of Hamiltonian economic policies, such as national credit directed towards manufacturing and infrastructure development, which has left much of the world in a persisting state of underdevelopment and economic backwardness, not to mention having reduced the once great American manufacturing superpower to a “post-industrial” financialized, digitalized, gig-economy consumerist dystopia. One cannot separate the institution of slave labor from the economic system which perpetuates and promotes it, an anti-creative oligarchical form of society, which Hamilton’s revolutionary economic policies were explicitly designed to overturn.

As the definitive biographer of Hamilton, the celebrated historian Ron Chernow, points out, the researcher cited by the New York Times article “omits all information that would contradict her conclusions.” This tendency is apparently becoming the standard editorial practice of the authors of the so-called '1619 Project' being published by the New York Times. (Recall the recent article in Politico by Professor Leslie Harris in which she tells how the Times hired her to fact-check the flagship piece of the '1619' series, but then flatly ignored her “vigorous disputes” of its central ludicrous claim that the American Revolution was fought “to protect the institution of slavery in the colonies.”)

Ron Chernow rightly asserts in his book that Hamilton was an “uncompromising abolitionist,” a fact which he backs up with thorough primary-source documentation. As Chernow states, “Few, if any, other founding fathers opposed slavery more consistently or toiled harder to eradicate it than Hamilton.” Hamilton was a founding member of the New York Society for Promoting the Manumission of Slaves in 1785, which declared that slavery was contrary to natural law and the very principles enshrined in the Declaration of Independence: “The benevolent creator and father of men, having given to them all an equal right to life, liberty, and property, no sovereign power on earth can justly deprive them of either.” The Society set up schools to educate freed slaves, and ran an aggressive public campaign agitating in favor of abolition. Hamilton drafted a radical program for the rapid emancipation of all currently enslaved persons and championed a petition to the New York State legislature calling for an end to the slave trade. Anti-slavery societies modeled on Hamilton’s “Manumission Society” then proliferated across the newly independent colonies, and Hamilton continued to play an extremely active role with the Society up until his early death.

Later, in 1790, the Pennsylvania Society for Promoting the Abolition of Slavery, chaired by Benjamin Franklin (a close ally of Hamilton), submitted a petition to the newly formed U.S. Congress calling for the complete abolition of slavery across the entirety of the newly formed United States, stating, “That mankind are all formed by the same Almighty being, alike objects of his care and equally designed for the enjoyment of happiness, the Christian religion teaches us to believe and the political creed of America fully coincides... Many important and salutary powers are vested in you [congress] for ‘promoting the welfare and securing the blessings of liberty to the People of the United States’... these blessings ought rightfully to be administered, without distinction of colour, to all descriptions of People. [we] earnestly entreat your serious attention to the subject of slavery, that you will be pleased to countenance the restoration of liberty to those unhappy Men, who alone, in this land of Freedom, are degraded into perpetual bondage... and that you will step to the very verge of the powers vested in you for discouraging every species of traffick in the persons of our fellow men.”

This appeal called for a direct application of the “General Welfare” principle of the Constitution as the basis upon which the Congress act to swiftly abolish slavery. This general welfare clause was championed by Alexander Hamilton during the Constitutional Convention, and incidentally was also the basis for his arguments regarding constitutionality of a National Bank, which Thomas Jefferson and other allies of the southern plantation interests vehemently opposed because it would threaten the power of their slave labor system. Indeed, for Hamilton, a national credit system for the development of the nation as a whole, and the abolition of slavery to extend the blessings of liberty to all people, were founded on the same principle, that of the general welfare as enshrined in the U.S. Constitution which he fought to create and ratify. Indeed, as Chernow states, "Hamilton's staunch abolitionism formed an integral feature of his economic vision."