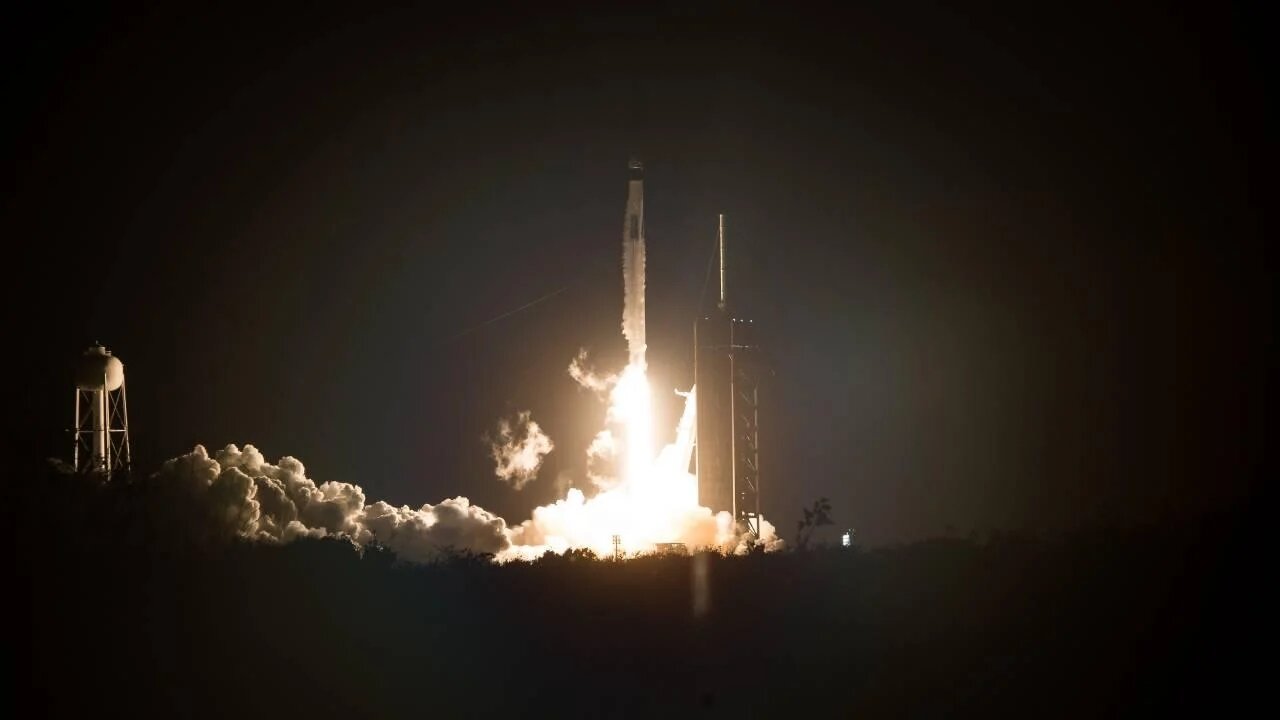 The NASA/SpaceX Crew 1 mission of four astronauts successfully launched to the International Space Station (ISS) this evening at 7:27 p.m. EST (Monday 00:27 UTC). All systems performed as intended and docking at the ISS should take place around 11 p.m. EST Monday evening (Tuesday 04:00 UTC). All of the years of work on this system have paid off. The NASA announcer as the rocket cleared the launch pad into the sky said: “Not even gravity contains humanity when we explore as one for all!”

President Donald Trump celebrated this success, tweeting “A great launch! @NASA was a closed up disaster when we took over. Now it is again the ‘hottest’, most advanced, space center in the world, by far!”

Meanwhile, SpaceX is still planning on flying a Starship prototype to high altitude before the end of the year; NASA and Boeing are planning to fly an unmanned Starliner spacecraft into orbit and back early next year, and an unmanned Orion spacecraft around the Moon in preparation for later manned flights of both systems. China also recently launched an unmanned prototype of a new manned spacecraft which could be used for lunar missions.

As Lyndon LaRouche emphasized in his Fourth Law, conquering the development of fusion energy (inherent in the Artemis crash program to colonize the Moon and then go to Mars) will radically transform and grow the earth’s economy, fulfilling the command of Genesis, “Go forth, multiply, and subdue the earth.” President Trump’s Artemis crash program for Moon colonization and Mars exploration has been largely lied about and censored because the rebirth of optimism it represents is an unconquerable force.

Joe Biden and his merry band of Anglophilic Murdering Malthusians, will destroy Artemis, transforming NASA to a propaganda organ on behalf of the myth of anthropogenic climate change, as happened in the Obama Administration. Destroying this force for development is the critical factor in “culling” the population and enforcing the new neo-feudalist order which the modern British Empire is now moving to implement under the twin slogans, Great Reset and Build Back Better. “Build Back Better,” of course, was the slogan of Joe Biden stole from the World Economic Forum, and it is this treason which a President Biden will implement if the fraudulent election is not overturned.