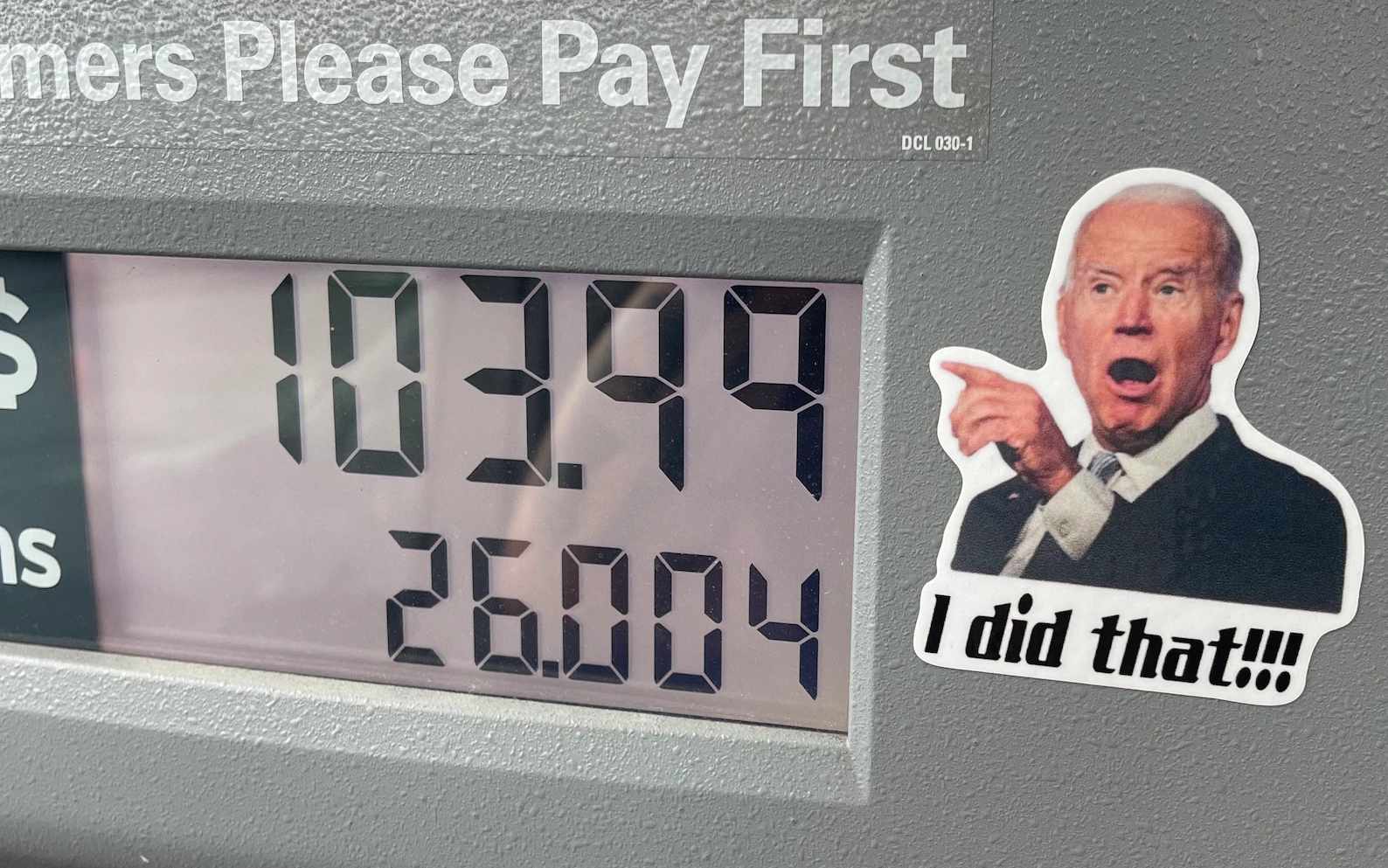 Whenever Joe Biden or one of his Merry Hucksters speaks these days, it is bound to be a lie and Tuesday’s press offensive on gas prices was a real whopper. Feeling the wrath of citizens suffering the inflation that has dramatically increased the costs of food, housing and transportation, Biden’s collective pea brains have decided to try and mollify the population by announcing a plan to release oil from the U.S. strategic petroleum reserve which the Biden claims will reduce gas prices a little, “God willing.” In reality, the release, some 50 million barrels, represents about 2.5 days of U.S. oil consumption. The Energy Secretary, Jennifer Granholm, didn’t even know this simple fact when queried about it by the press.

God may not be so willing since Biden’s measures have nothing to do with price of oil or anything else and lying is a sin. Admitting that the last time gas prices were this high was when he and Obama were last in the White House, Biden laid the blame for galloping high prices on Russia, OPEC, oil producers and Americans who want to use their cars and heat their homes. The one thing that is not causing price increases, Biden assures us, is his green anti-growth agenda. That is about as true as his and Fed Chair Powell’s claim that inflation is “transitory.”

The fact of the matter is that the green agenda killing any investment in fossil fuels and penalizing it, and the bubble-blowing money-printing of the Fed and Biden’s fiscal binge (the COVID relief bill, Executive Orders encompassing the green agenda, the current infrastructure and Build Back Better trillions) are the two things Biden’s controllers in Wall St. and London demand must continue. The effect is that the American people are seeing their livelihoods being sucked dry through inflation just as they were by the bailouts under the last Obama/Biden regime. Desperate to tamp down a revolt, Biden is looking for any gimmick to appear to alleviate the pain, without offending the oligarchs who put him there.

This won’t work. The time has come to end this charade. Dump the Green Agenda and the re-assert American sovereignty and full set production of our needs here. End incentives and subsidies for low-density dead-end sources of energy like solar and wind. Promote the expansion of U.S. energy production that was underway under Trump. Accelerate the deployment of nuclear energy and promote investments, both public and private, in fusion energy development. Stop the money printing bailouts of Wall St. and London and return to the American system of national banking committed to promoting investment in physical production. This is what we should be talking about rather than even listening further to Biden’s bullshit. Our aim should be Re-Americanize the U.S. economy, as my colleague Mike Carr has so forcefully documented in his recent series of articles.