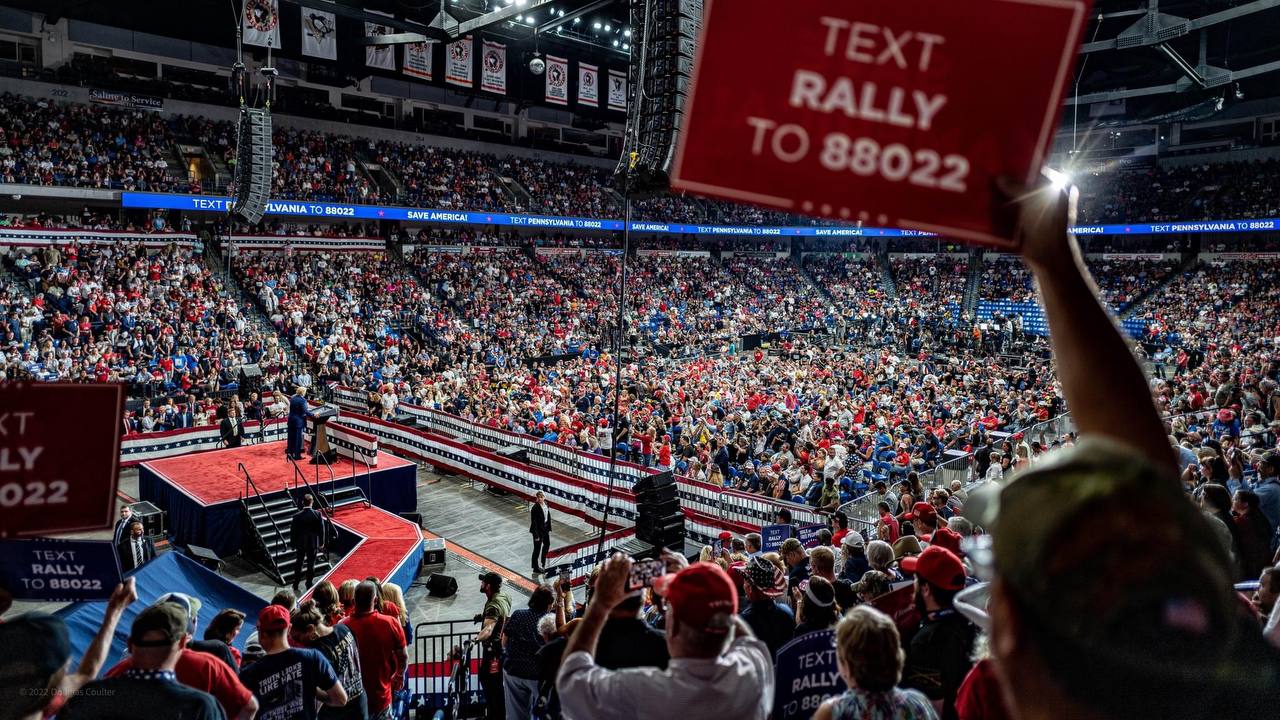 As the 2022 national election approaches, the attacks on President Trump and his allies have dramatically escalated.  The raid on Trump’s home, the sitting grand juries, the subpoenas to his close supporters, and the secretive efforts to bring in an indictment against Trump are the most obvious of the actions now being taken.

Some of this is meant to influence the 2022 Congressional elections.  It is also, obviously, intended to prevent Trump from running in 2024.  But there is another, more dangerous and more pernicious intention.

Already, among certain circles there is a whispering/gossip campaign, calling for a new Presidential candidate in 2024.  Themes of this effort include: “Trump is too divisive”; “Trump’s policies are good, but Trump is radioactive”; “We can achieve the same goals with DeSantis (or fill in the name).”  If Trump is indicted on federal charges, either before or shortly after the November election, we can expect to see this “dump Trump” movement escalate dramatically.

This is a brutal, carefully orchestrated operation.  What it is intended to do is to confuse, disorient, and demoralize the Trump base.  The idea is to sow profound doubts in people’s minds.  “Should Trump still run for President if he is indicted?”  “Should he run if he is convicted?”  Those are the type of questions which all of this is designed to provoke within the minds of American citizens.  Pessimism and despair within the MAGA movement are the intended goal.  And be very clear, this is all coming from the Biden Regime, the Intelligence Community and the financial oligarchy which controls them both.

This is not a time to restrict one’s thinking to “practical” electoral politics.  We, as a nation, are facing a catastrophe, particularly an economic disaster beyond the imagination of what most of our people think.  As Brian Lantz discusses in his recent post on the LaRouche PAC website,  Lessons from Europe: What Is at Stake November 8th, we only need look to Europe to see what is coming to the United States in the very near future.  The combination of the 2½ year covid lockdown policy, the War in Ukraine, and the enforcement of extreme “green climate policies,” have plunged Europe into an economic breakdown crisis of staggering proportions.

But these are the same policies which the Biden collective have shoved down the throat of Americans for now almost two years.  America has an energy crisis of existential proportions.  We are rapidly running out of fresh water.  We are facing food shortages in the near term.  The hundreds of thousands dying from drug overdoses should be viewed as the “canary in the coal mine,” telling us where we are headed.  And it is going to get much worse, very, very soon, as the Biden regime dismantles our economy and imposes its genocidal green agenda.

What the oligarchy understands is that no one but Trump, on the national political stage, possesses the courage, wisdom and leadership to challenge this trajectory, to fight, to lead us out of this catastrophe.  So they are determined to remove him.

A Note from America’s Past

It is useful now to reflect on two examples from American history where efforts to remove the acknowledged leader of the nation almost resulted in tragedy.

In 1775-1776 a conspiracy was hatched to remove George Washington as Commander-and-Chief of the Continental Army.  This is known today as the “Conway Cabal,” and it was led by Gen. Thomas Conway, Gen. Horatio Gates, and Thomas Mifflin (the Quartermaster General of the Army).  Others were involved as well, including Richard Henry Lee, John Adams, and Samuel Adams.  They came very close to pulling it off.

Almost a century later, in 1864, a similar plot was hatched—in the midst of the Civil War—to prevent Abraham Lincoln from seeking a second term.  This was led by a broad grouping within the Republican Party, with key players including Salmon Chase, John Fremont, Benjamin Wade, Horace Greeley, and Charles Sumner.  This was a very intensive effort, and their goal was to dump Lincoln from the ticket and install Chase as the Presidential nominee.  When the effort collapsed, many of the conspirators went further and formed the Radical Democracy Party (made up almost entirely of anti-Lincoln Republicans) and nominated John Fremont—the 1856 Republican Party candidate—for President.

What would have happened if either of these conspiracies had succeeded?  In both instances the nation was facing imminent disaster.  Had Washington been removed, it is very likely the War for Independence would have been lost and our Republic never established.  Later, the forced removal of Lincoln would have meant likely southern independence and the end of the American Republic.

The lesson is that there is no substitute for leadership at a time of crisis.

In 1995, in speaking of the prosecution and incarceration of Lyndon LaRouche, Ramsey Clark stated in a letter to then Attorney General Janet Reno, “I believe it [the LaRouche prosecution] involves a broader range of deliberate and systematic misconduct and abuse of power over a longer period of time in an effort to destroy a political movement and leader, than any other federal prosecution in my time or to my knowledge.”

At the time he uttered those words, Clark was absolutely correct.  But if we look at what is being done against Donald Trump right now, it goes even beyond the persecution of LaRouche.  How shall we respond to this?  Shall we waver?  Shall we cringe?  Shall we make corrupt deals?

Our crisis today is of the same magnitude as what was faced by George Washington and Abraham Lincoln.  LaRouche PAC will continue to shine the light on the economic and cultural measures which can save the nation and launch the type of renaissance, out of profound crisis, which Lyndon LaRouche envisioned and fought for his entire life.   The people have chosen the only leader they believe can lead them at this moment.  Our enemy, the oligarchy, has come to the same conclusion.  That leader is Donald J. Trump.  We need to save our nation both for ourselves and for future generations.  And we cannot go leaderless into this fight.